The first was the goodbye of Diego López, the starting goalkeeper for the last six years, and this Friday Espanyol made the departure of David López official, the first blue and white captain whose contract ended on June 30. 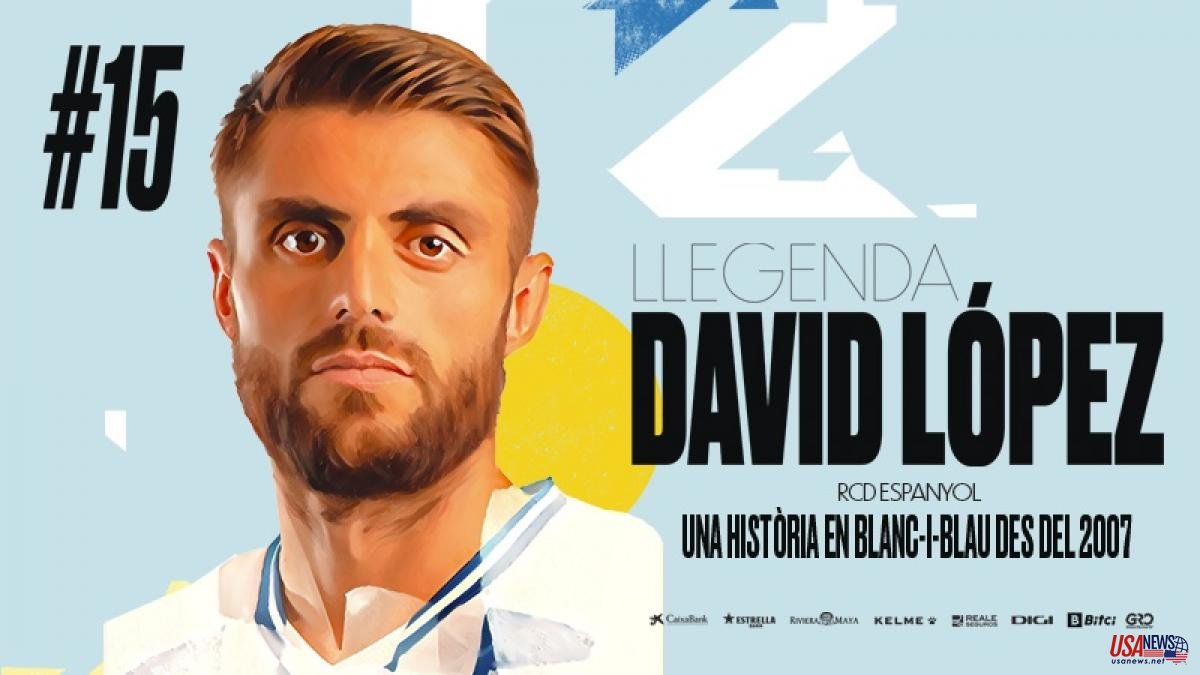 The first was the goodbye of Diego López, the starting goalkeeper for the last six years, and this Friday Espanyol made the departure of David López official, the first blue and white captain whose contract ended on June 30. The 32-year-old Catalan, "one of the pillars of the locker room and the club", will say goodbye to the fans at an event next Tuesday.

The youth squad finished his career at the club of his life, where he arrived in the 2007-2008 season from Damm CF to form part of the youth A team. "A benchmark for future generations, it perfectly reflects the parakeet feeling", he explains in a club statement, which qualifies the Catalan as "one of the most important footballers in recent history" of the team.

"Thank you for every applause, for every minute of the game. I felt this shirt from the first day and I always did my best, every game, every training session so as not to let you down.

Next Tuesday we can say goodbye at the RCDE Stadium, see you there. Thank you, parakeets, Espanyol," López wrote on his Twitter account.

This season he had gone into the background, relegated in many games to substitution by players like Keidi Bare and Yangel Herrera. He only played 18 games, 8 of them as a starter. Physical problems have also prevented him from offering his best level this season, especially due to an injury to his right knee that made him undergo surgery in December.

David López made his debut in the first team in 2010 in a league match against Osasuna (1-0) and he says goodbye after having participated in 237 official matches. After a stint at Leganés and Huesca, on loan, he established himself in the Blue and Whites first team in the 2013-14 season, when he played 37 games, of which 35 started.

After his first great year at Espanyol, he was transferred for five million to Napoli, where he played for one year. He later returned to the parakeet team to play the following six seasons. "He has been an example for his professionalism, commitment and leadership skills, especially in the most difficult moments of recent seasons," praised the club chaired by Chen Yansheng.

Captain since 2017, his role was especially important after the relegation drama in 2020 and "led the team in the return to the First Division". "A true benchmark for Espanyolism," concludes the parakeet team, which in just a few days has officially bid farewell to the first two team captains.

The last image of David López dressed in shorts at the RCDE Stadium, in front of his fans, was with tears in his eyes at the end of the match against Valencia. The captain and Diego López are the first on the list of departures that is presumed long. The next ones to leave the team will be Dídac Vilà and Fran Mérida, who are also out of contract.