Espanyol resists Napoli but does not excite

With the planning up in the air and De Tomás voluntarily in cotton wool, Espanyol went against Napoli, a rival in the Champions League, a seasoned team that knew how to suffer with both eleven and ten to avoid defeat, but little else. 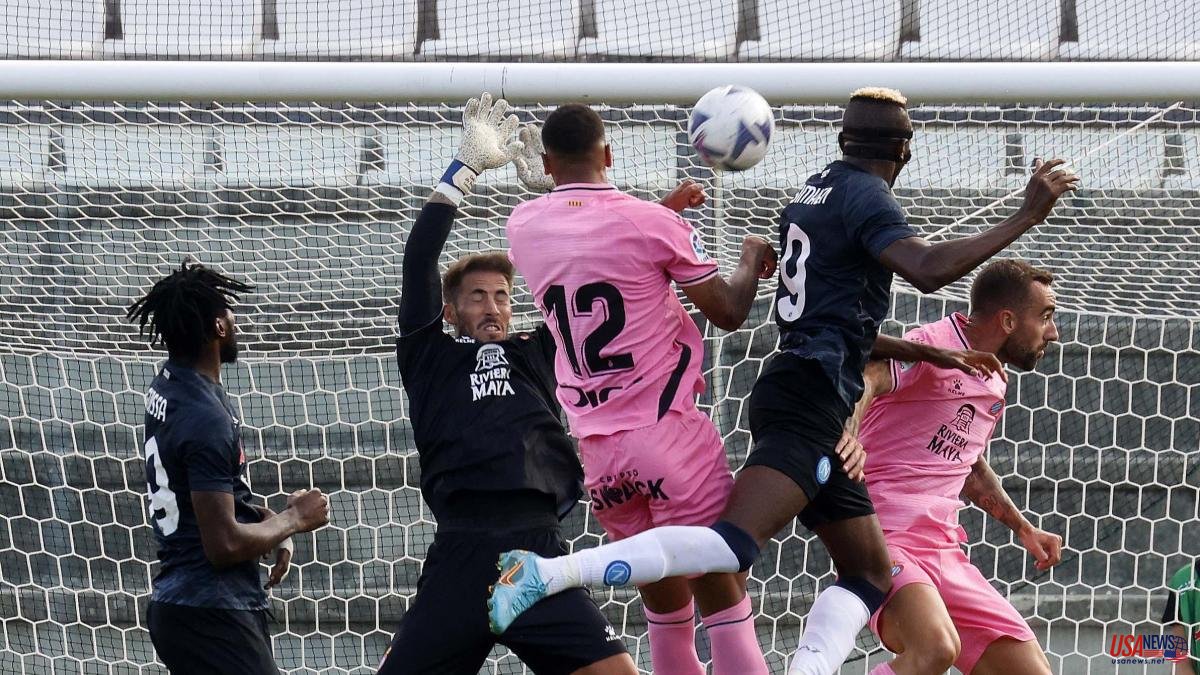 With the planning up in the air and De Tomás voluntarily in cotton wool, Espanyol went against Napoli, a rival in the Champions League, a seasoned team that knew how to suffer with both eleven and ten to avoid defeat, but little else. It is evidence that reinforcements are urgently needed and that these will undoubtedly improve the team, but with six days to go before the start of the league, the sensations transmitted by Martínez's men could not be worse. Although the result seems hopeful (0-0), the current wickers are clearly insufficient to compete with guarantees.

As if Diego Martínez was not already short of troops, the absences of Pedrosa, Pol Lozano, Embarba and Puado further conditioned his line-up in the last pre-season friendly played in Castel di Sangro.

The eleven against Napoli, in which only Fabián Ruiz and Politano were missing, described the situation perfectly. Calero had to act as a double pivot, Omar Hilali changed wings to play, quite successfully, on the right side and the wings were again Melamed and Rubén Sánchez.

And it was there that the parakeet team lacked precision to combine with criteria in three quarters of the field and above all more depth, which in the entire first half only stepped on the rival area with danger in a corner.

It soon became clear that Blue and White goalkeeper Lecomte would be the hero of the afternoon, as he stopped Nigerian striker Osimhen's constant onslaught. He first saved a shot from close range with one foot and then successfully deflected a header. The courage in the pressure, ordered at the beginning, took its toll as the minutes went by and those imbalances made Napoli find many spaces.

The threats of those of Spalleti sank in their field to Espanyol, that was forced to use with excessive hardness. That caused something unusual. Before the end of the first half, Neapolitan president Aurelio de Laurentiis jumped onto the sideline to complain to the linesman. At the break he even addressed the referee to reproach him for the harshness of the rival.

Nothing changed on restart. Espanyol looked for speed on the counterattack and Napoli dominated satisfactorily. Osimhen had several more chances, but found no goal. Espanyol's danger came again in a corner in which Vinícius and Oliván, who ended up being sent off, came close to scoring, although the clearest chance went to Luca Koleosho.

Espanyol managed to minimize damage and close the preseason with two out of two wins, two losses and two draws, but with a lot of homework to do with six days to go before the start of the league.