Espanyol refines its set-up with a good win against Lille

Little by little, step by step, Espanyol is embodying the ideas of its new coach, Diego Martínez, on the pitch. 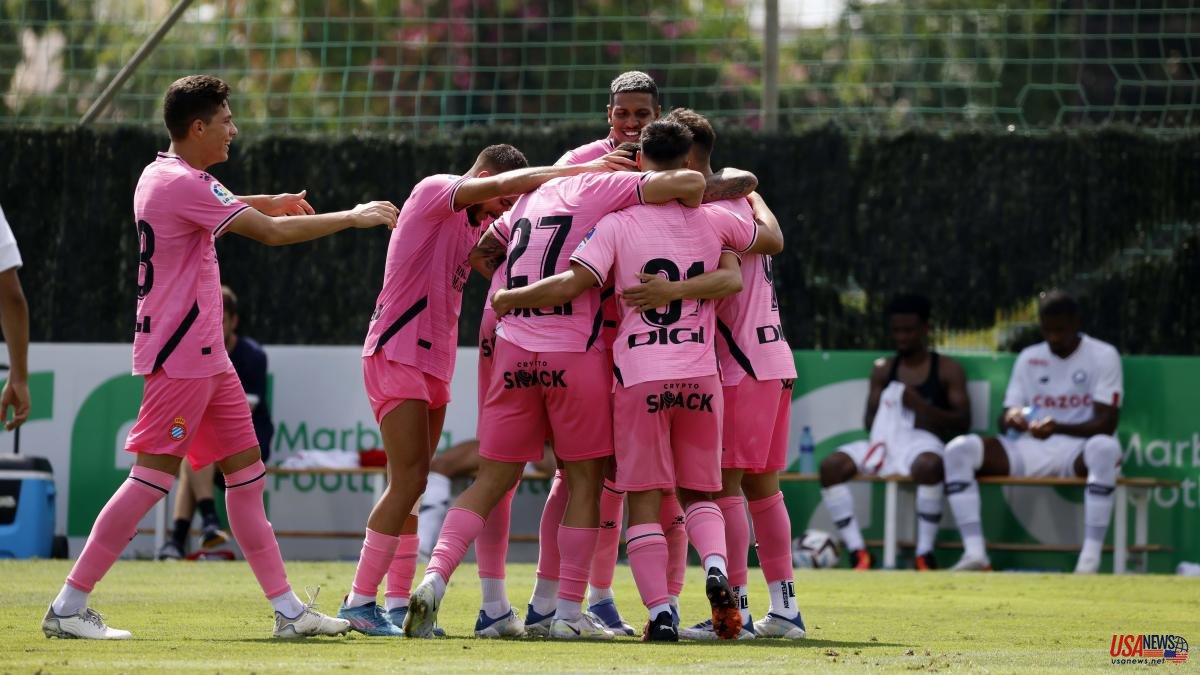 Little by little, step by step, Espanyol is embodying the ideas of its new coach, Diego Martínez, on the pitch. The Blue and Whites improved compared to previous friendlies and achieved a prestigious win in Marbella against Lille (2-0) in a match in which they exhibited a good defensive tone and created numerous scoring chances.

The goals from Joselu, the first as a parakeet, and Javi Puado came in the second half, but it was above all in the first half when the parakeet team dominated the match. The goalkeeper of the Gauls, Jardim, was one of the most prominent against an intense Espanyol with a high pace in which the new signings and some of the young youth squad stood out.

The Catalans were close to taking the lead in the first half with a shot by Puado to the post. After the restart, the Blue and White strikers sharpened their aim, first with a cross shot from Joselu in the 59th minute, taking advantage of a good Blue and White recovery, and six minutes later with a goal from the youth squad thanks to a great long pass from Rubén Sánchez and an excellent finish first overlooked.

With the sentence signed, Espanyol looked for the third without luck and Lille, which officially begins to compete in two weeks, did not show signs at any time of being able to make up the result. The Blue and Whites, meanwhile, gain confidence in the third friendly of the preseason after a goalless draw against Las Palmas and victory against another French team like Montpellier (2-0).