Espanyol has a crater in the goal

The pressure is already unbearable. 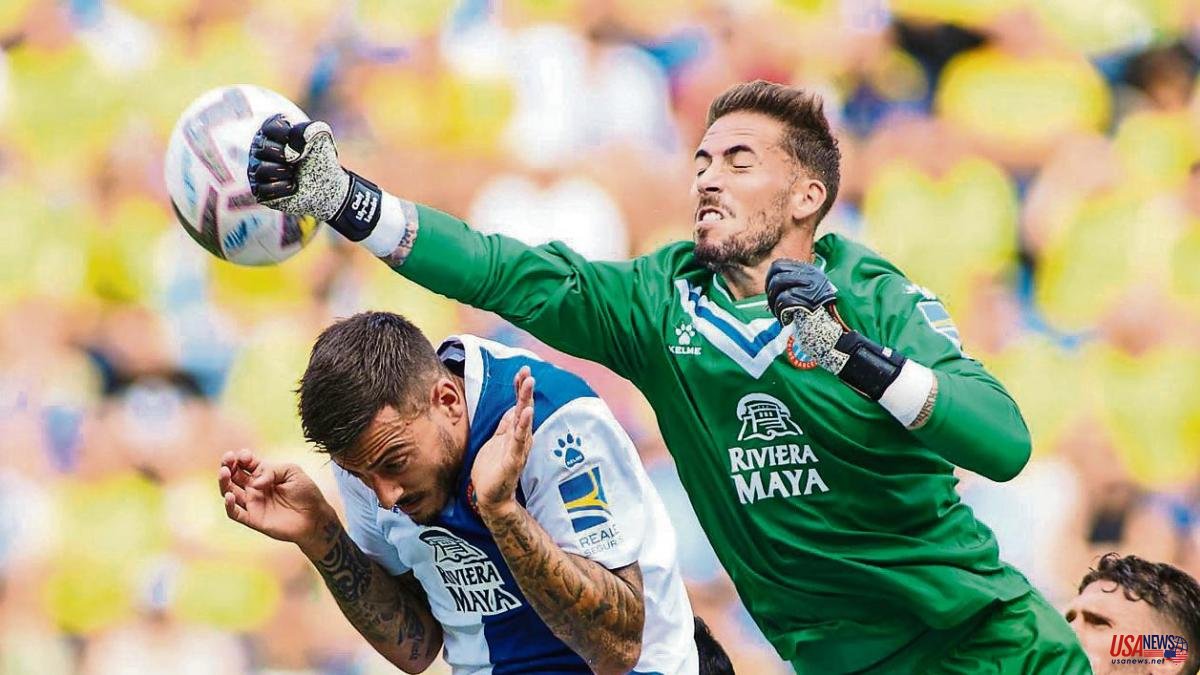 The pressure is already unbearable. Getting under the three posts of the Espanyol goal is synonymous with catastrophe this season. A situation generated by the scandalous errors of the two goalkeepers who have occupied it, but which was born much earlier, due to a dubious management during the preseason by Domingo Catoira, and in which the decisions of the Vigo coach Diego Martínez seem to have helped little.

Espanyol has lost six points this season due to gross individual errors. Of these, five have been directly due to mistakes by their goalkeepers. Week after week, Benjamin Lecomte and Álvaro Fernández have fed a debate that after what happened on Sunday in Cádiz, where the Frenchman once again made a mistake in a start, leaves them on the couch and in need of a mental lifesaver that can only give them certain continuity under sticks.

After six courses in which Diego López defended the perica goal with solvency, the sports management decided this past June a complete regeneration in the locker room. That included the non-renewal of the 40-year-old from Lugo. Oier Olazábal's contract was not extended either and Diego Martínez began the pre-season with Joan Garcia as first goalkeeper. Beyond his words, Domingo Catoira was aware of the enormous need to bring in more guarantee goalkeepers. For this reason, given the impossibility of immediately signing Álvaro Fernández or Dragowski, the desired ones, and to avoid growing nervousness, they opted to advance Benjamin Lecomte, a goalkeeper with a career in France but who came from a blank year in the Athletic.

The Parisian started the season but failed to convince anyone. And although he had no calamitous mistakes, three days after the arrival of Álvaro Fernández, Diego Martínez opted for the change. But the Riojan did not enter the team on the right foot. The pressure of the results and a very offensive rival like Real Sociedad made him make an incomprehensible mistake in his third game as a starter. Kubo stole his wallet and Sorloth scored the goal. Martínez then decided to give it continuity, and thus closed the debate momentarily, but against Valencia, and in injury time, Fernández conceded somewhat implausible due to an excess of confidence.

Martínez said enough this past weekend and decided to turn the parakeet goal into one more position. He sat down Álvaro Fernández after feeding his ownership during the week. The player from La Rioja watched from the bench in Cádiz as Lecomte made the umpteenth mistake in a bad start after a throw-in. Another goal against and another game in which Espanyol lost points.

The situation seems unsustainable and the solutions are not many. According to the coach's own criteria, who in the press conference after the duel at the Mirandilla collectivized responsibility for the goal among all the team's goalkeepers, Joan García should be the one to occupy the position against Valladolid. Although the pressure is such that the young Spaniard could follow the same path as his teammates in such a complex scenario. "In all the games they try to choose the best eleven for the team and any of the three goalkeepers could play," said Martínez. "My intention is to empower all the players, because this is very long and they are all needed," he said in reference to Frenchman Lecomte's starting role.

Whoever you choose for the next duel, Espanyol needs to close the crater created by the departure of Diego López as soon as possible, who by the way, in his first match at Rayo also proved to be human with an improper mistake. The continuity of one of the goalkeepers seems the most appropriate recipe, although everything is possible when it comes to the parakeet goal this course.