Opposition to the measure comes by land, sea and air; that is to say, by the unions, the employers' association and also the parliamentary groups, including Podemos; but the Ministry of Inclusion and Social Security maintains its proposal to extend the period for calculating pensions. 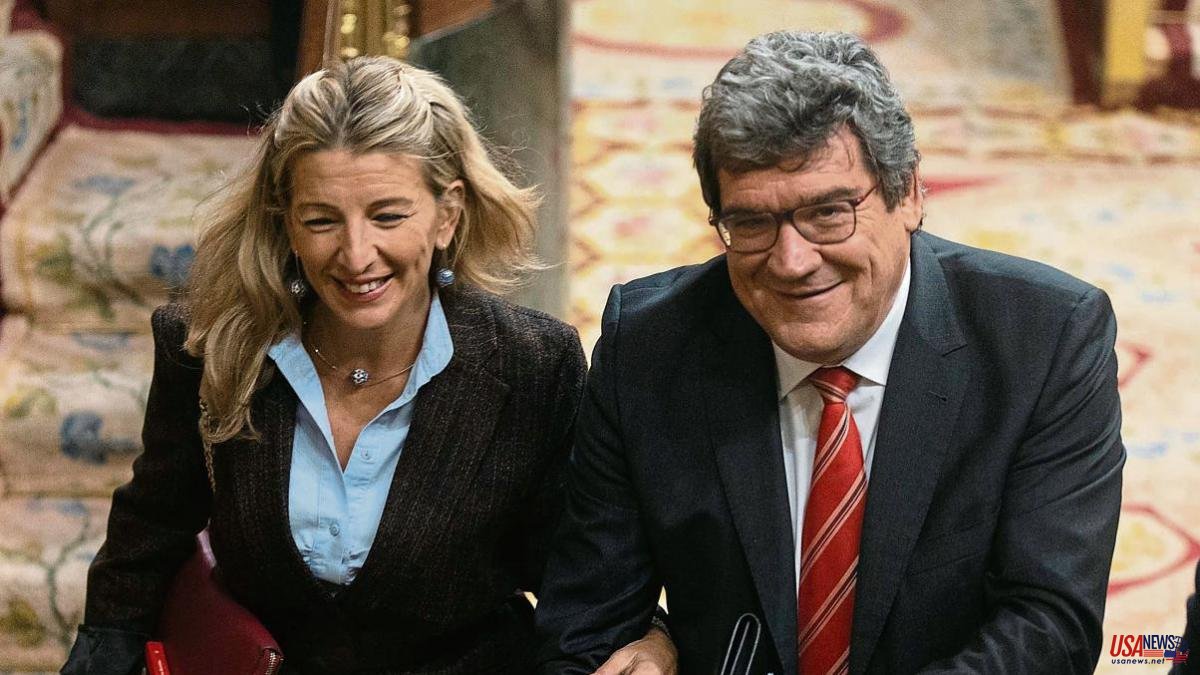 Opposition to the measure comes by land, sea and air; that is to say, by the unions, the employers' association and also the parliamentary groups, including Podemos; but the Ministry of Inclusion and Social Security maintains its proposal to extend the period for calculating pensions. Sources close to Minister José Luis Escrivá indicate that there is a willingness to modify the terms set in his initial approach, which contemplates going from the current 25 years of calculation to 30, excluding the two worst years, but not to suppress any extension of the term .

This was corroborated this past week by the Secretary of State for Social Security, Borja Suárez, stating that “it is an important, complex negotiation and we have commitments with the European Union that our intention is to fulfill in the agreed terms. If I said otherwise, it would not be understood. The commitment exists, and component 30 of the recovery plan specifies that "it is proposed to adapt the calculation period for calculating the regulatory base of the retirement pension to the current reality of professional careers."

Negotiations will pick up intensity this week, although no negotiating table has been called for the moment. However, what has already occurred is the failure to meet the deadlines, because the reform should be closed on December 31; a delay that does not worry the Ministry of Inclusion, which believes that Brussels will show understanding. “What is relevant here is that the reform comes to fruition. A delay of a few days or a few weeks is not relevant," said Borja Suárez, also recalling that the reform of the contribution system for the self-employed was closed three or four weeks after the stipulated June 30.

It is true that Brussels will look more at the merits of the measures than at the precise schedule for their implementation, but also that, for the moment, Escrivá's intentions to increase the computation period are running into obstacles on all fronts. There are requests that this reform be withdrawn since it is not part of the recommendations of the Toledo Pact, which is the framework in which the ministry usually supports its approaches and initiatives. "Attempting an agreement that cannot be ratified later in parliament is absurd," say union sources, pointing to the foreseeable opposition from groups belonging to the investiture majority. "It's not even worth discussing," they insist, pointing out that this issue distorts the entire negotiation.

The employers are not in favor of the work either, although in their case the opposition is not only to expanding the calculation, but to more elements of this last phase of the reform. And in the political arena, there is also resistance. Precisely, in recent weeks, the ministry has been intensifying contacts with parliamentary groups, aware that their support is by no means guaranteed. Podemos's position is also openly against this expansion. They consider it a very politically sensitive subject and add that, if it is a matter of increasing collection, there are other formulas to achieve it.

Escrivá's arguments are that it is time to adapt the calculation of the pension to current careers, where the traditional guideline that the best years are the last is no longer followed; and that it is also the occasion to correct the gaps of years without contributions in many career paths. Precisely along these lines are the measures contemplated in the latest proposal by the ministry presented to the social agents on December 12, which provides that the first three years of leave of absence for family care or reduced working hours for child care are quoted at One hundred percent for the pension. This would correct one of the gaps when it comes to contributing when you have a child in your professional career.

For the unions, these measures go in the right direction, but they fall short. In addition, they add that their catalog of red lines involves increasing the minimum pensions (where Escrivá has not proposed anything at the moment), increasing the maximum bases, reducing the gender gap and extending the intergenerational equity mechanism (MEI) until 2050. This last point is something that Brussels also demands and that the ministry seems willing to accept, but they reserve it for the last minute.

Another central element of this phase of the pension reform under negotiation is the so-called destope. It is about raising the limit of the maximum contribution bases (situated this year at 4,495 euros per month). It is a gradual process but, as it is proposed, it assumes that in 25 years, the contributions of the highest salaries would increase by 30%, while the maximum pensions would only do so by 3%. Here Escrivá has the support of the unions, but with the refusal of the employer, who complains that it is a new increase in social contributions that is added to the last ones agreed, such as the 0.6% of the MEI applied from 1 from January.

It is a negotiation that is behind schedule, with conflicting positions and that is going to be resumed with the question of whether the CEOE will attend the meetings or maintain an epistolary relationship, as it did in the last session, due to its confrontation with the Ministry of Labor.