Ernesto Valverde returns to the focus

“Hello, I don't want to get into that now” or “I prefer not to give an opinion”. 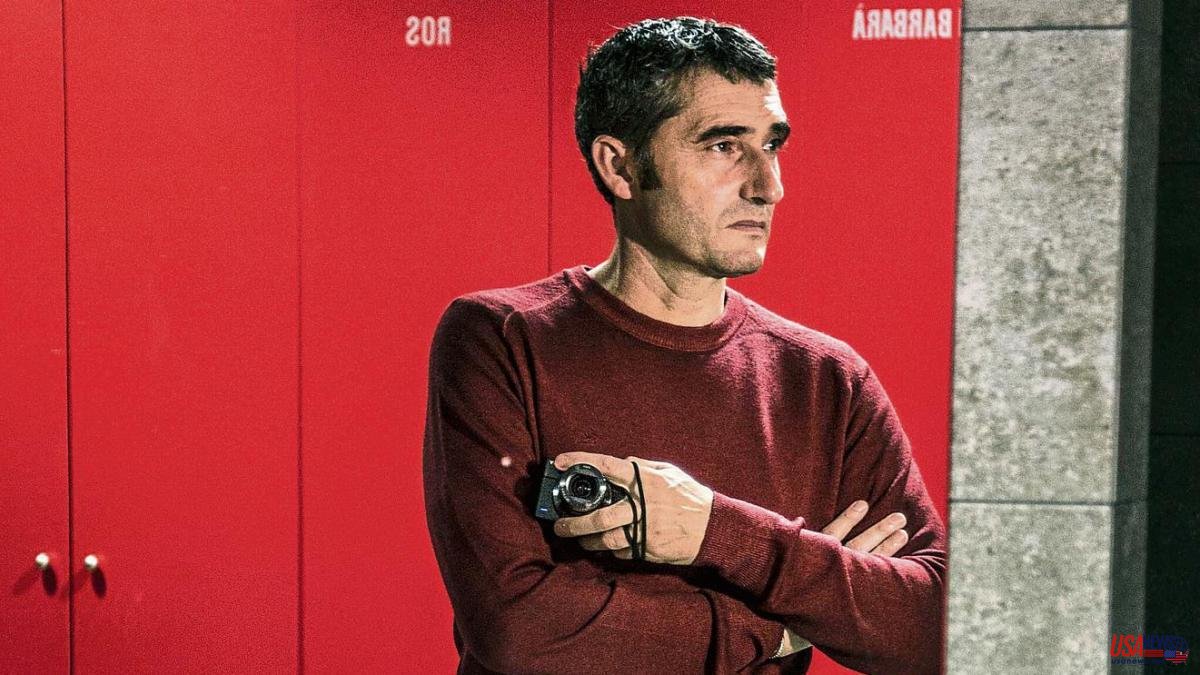 “Hello, I don't want to get into that now” or “I prefer not to give an opinion”. Discreet, gentleman and insightful Ernesto Valverde has preferred to decompress, move away to the background and charge batteries during a stage that has lasted two and a half years. Since he was dismissed in January 2020 by Barcelona after falling in the semifinals of the Super Cup until last Friday night, when candidate Jon Uriarte's electoral victory at Athletic has returned him to the San Mamés bench. The Txingurri thus begins his third stage at the head of what he considers the team of his life, the one that he carries in his heart. Valverde was never seen so happy in Barcelona as when he left the Joan Gamper sports city for the last time, smiling and relaxed. The team was leading but the game was not to the liking of many Barcelona fans and the European debacles in Rome and Liverpool had put them on the horse's feet.

In any case, that Barça was much better than the current one. Valverde picked up his belongings, did not say a peep and during this time he has hardly ever spoken about his time at the Blaugrana team as coach. He returned to his residence in Bilbao, took refuge in the privacy of everyday life and resumed his multidisciplinary hobbies. He dedicated more time to photography and published a second book of images, titled Frontera, in 2021. He is always aware of capturing shocking moments under his gaze, clicking not for nothing, but because that moment he can attract attention with a stroke of the pen.

More relaxed, he even got excited with the guitar, making his first steps in some places in the Biscayan capital with a group called A Morir and in which his music teacher is also. At the same time, he continued to follow football from his point of view as a coach. He has consumed many games, both in the Spanish league and in foreign championships.

Nor has he forgotten to play sports. In an area where cycling is almost a religion, the Txingurri, although he considers that he is not very good at it, has climbed on the road bike and has given many pedals.

But at the age of 58 he returns to the ring. He already wanted to return to training but only if the project was attractive. Athletic is always for him, although he preferred that the three candidates had opted for him and not just two. He had to compete indirectly with Marcelo Bielsa, the trainer of the aspirant Iñaki Arechabaleta. Precisely Valverde replaced Loco in 2013 when he started his second era at the helm of Athletic. He had previously managed the rojiblancos between 2003-2005, achieving a qualification for the UEFA Cup. More successful would be his second period at the Cathedral, between 2013 and 2017. Athletic played the Champions League for one season and won, in 2015, its first title in 31 years by beating Barça led by Luis Enrique, Messi, Neymar and Suárez in the Spanish Super Cup. He finished his cycle by always qualifying Athletic for Europe and became the coach with the most matches in the club's history, with 307, surpassing a legend of the entity such as Javier Clemente. The blond from Barakaldo, Iñaki Sáez and now Valverde are the only ones to lead the Basque team in three stages.

“The first two Godfather movies were very good and I have to admit that I didn't like the third one that much, but it's true that the director threw a couple of balls at him to make it. That was fiction, this is reality, we'll see what happens, ”Valverde declared last Wednesday. The camera focuses on him again.