The leader of the ERC in Barcelona, ​​Ernest Maragall, is now formally the candidate for mayor of the Catalan capital in the municipal elections of 2023. 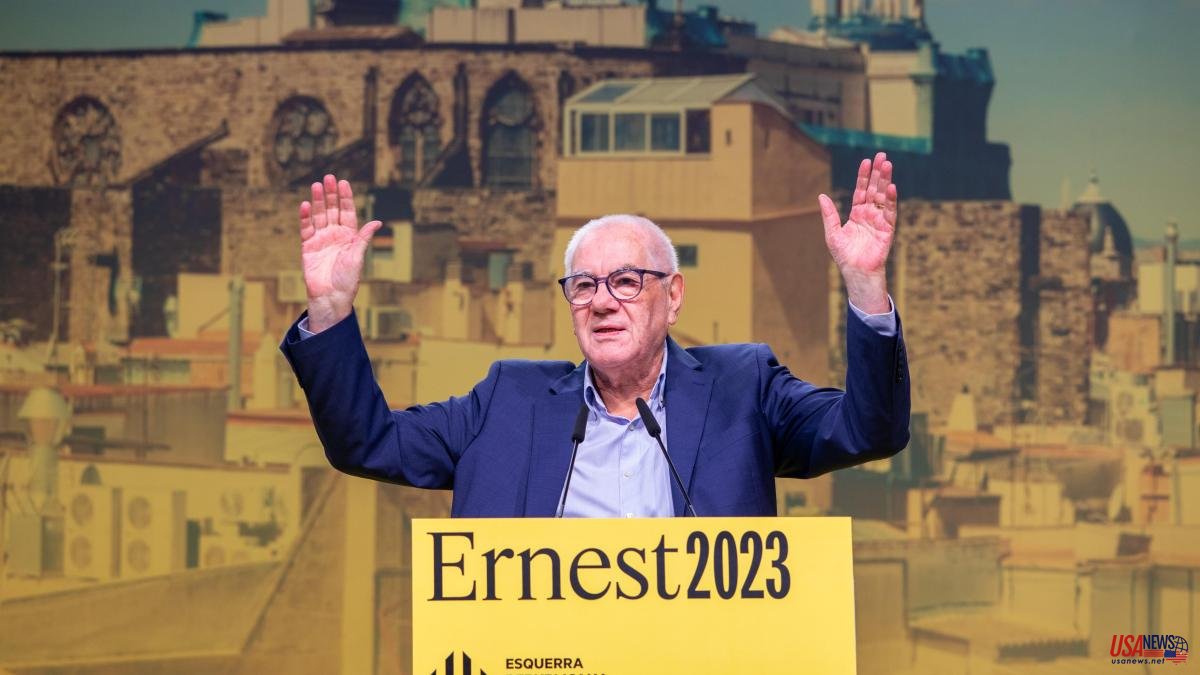 The leader of the ERC in Barcelona, ​​Ernest Maragall, is now formally the candidate for mayor of the Catalan capital in the municipal elections of 2023. He was proclaimed in an act at Palace 1 of Fira de Barcelona on Montjuïc, where he was accompanied the president of the party, Oriol Junqueras, and various ministers, deputies and candidates for mayor from the rest of the Barcelona metropolitan area and Catalonia.

"I will not stop until I recover my lost pride, confidence and ambition", assured the already candidate Maragall during an act in which he outlined some of the axes on which the long pre-election campaign that has already started but will not end until within a year. Energy transition, affordable housing, public transport... and also more specific issues, although today he has not gone into them in depth. "It is time to decide on the airport and on the Winter Games", he has limited himself to saying about two issues that go beyond the municipal sphere.

The candidate who obtained the most votes in the municipal elections of 2019 has called for mobilization to "win unquestionably" and never find himself in the same situation as then, when he won the elections but did not become mayor.

Oriol Junqueras has spoken along the same lines. "Three years ago we learned that winning was not enough", recalled the president of the party, referring to "the usual ones, of all kinds and colors, who prevented Barcelona from being a republican city".

The proclamation of Ernest Maragall, who this time has vindicated himself with his name and surname, has been formalized a few hours after the primary elections were held in which he was the only candidate. 531 militants and sympathizers from the Catalan capital participated. 90% gave support to the candidate while 10% did so blankly.