When Erik ten Hag took over as coach of the Dutch Go Ahead Eagles, the first thing he did was have the expensive solid mahogany door in his office replaced with a simpler one with a clear glass panel. 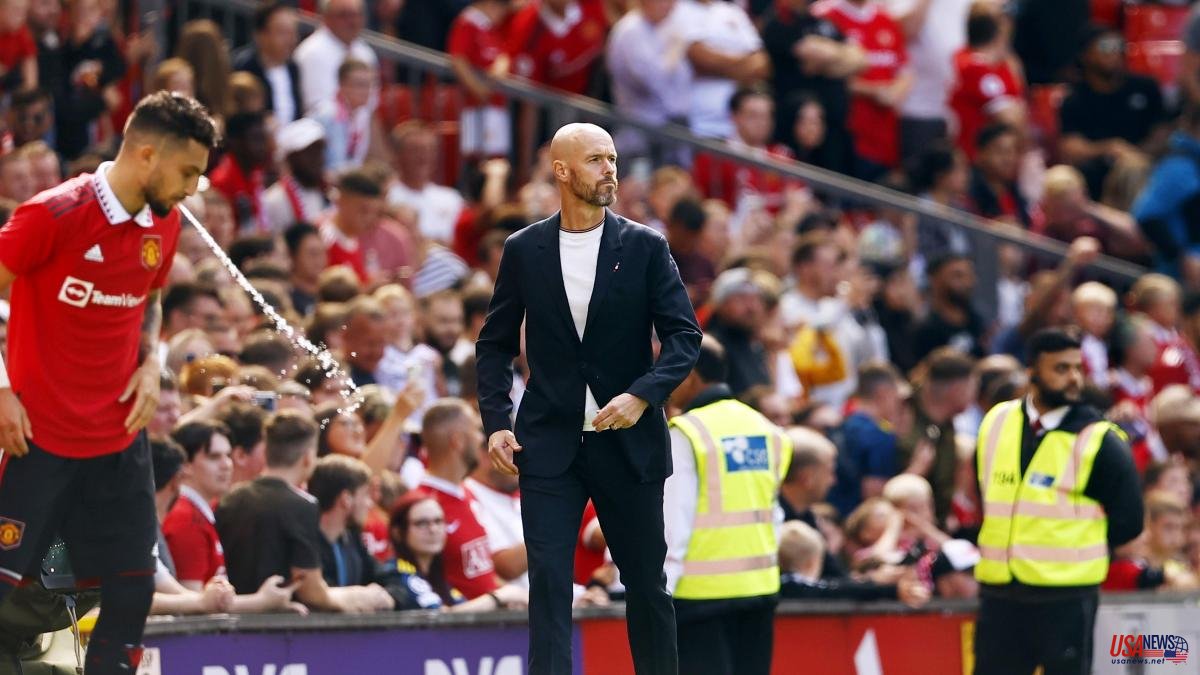 When Erik ten Hag took over as coach of the Dutch Go Ahead Eagles, the first thing he did was have the expensive solid mahogany door in his office replaced with a simpler one with a clear glass panel. When asked why, he said "so that everyone can see me and realize how many hours I spend working."

At Old Trafford he will have to put in lots and lots of hours to get the glorious Man U, in constant decline since Alex Ferguson retired, to rise from the ashes. The distance that separates him from Liverpool and Manchester City is so abysmal on paper that he will need a few years to catch up with him. And although there are many surprises in football, a more realistic goal is to finish in the top four of the Premier and qualify for the Champions League (if they do not do it two years in a row, the club will have to pay a fine of 25 million euros to his sponsor Adidas).

Ten Hag is what is known in the Netherlands as a tukker , a native of the Twente region, down to earth, mostly farmers, not prone to daydreams, lovers of the terroir, proud of their culture, a bit rustic, friends of their own and suspicious of outsiders. In Amsterdam and Rotterdam they sometimes use the term in a derogatory way, as a synonym for redneck, someone from the countryside with little world and sophistication.

The town where the new Manchester United coach was born and grew up, in the family home at number 25 Reigerstraat, is called Haaksbergen, has twenty-five thousand inhabitants and is only ten kilometers from the German border (he speaks German fluently, as almost all his fellow citizens). And nobody doubts its sophistication, at least in football terms. He is a student, obsessed with details, attentive to the latest innovations.

Erik ten Hag was an altar boy in the choir and started playing football at the San Bonifacio school (the Bon Boys), a kind of small farmhouse with fifty-five teams for all ages (the best of the oldest in the fifth Dutch division), trained by volunteers. He has never forgotten his roots, and wherever he was (Utrecht, Amsterdam, Munich...) he has always called to ask the result of the matches and has made at least a couple of visits a year.

A defensive midfielder (and sometimes centre-back), he was never the tallest, nor the strongest, nor one of the best. He was an ordinary player, but with a great capacity for leadership, which, despite his limitations, allowed him to make more than four hundred appearances as a professional in the Netherlands, most of them with Twente, but also with De Grafschaap and RKC. Waalwijk. It was obvious that by hanging up his boots he would recycle himself as a technician.

After spending time on the bench at Go Ahead Eagles and Utrecht, and being Pep Guardiola's assistant at Bayern (although the two barely met), Ten Hag landed at Ajax, where he was received with notable skepticism, like a tukker. . But he did nothing but win leagues, and lead the team to the semifinals of the Champions League, managing to silence his critics and conquering the fans. Not all players, however, like his methods and the effort he demands of them, such as running through the woods and doubling up on training. On camera he can seem like a Van Gaal-like piece of wood, and some find him stubborn and arrogant.

Since Sir Alex left, Man U have spent €1.2 billion on players. In politics the Dutch have a reputation for being frugal, but in football nobody is, and neither is Ten Hag.