Eric Maskin: "The West should have embraced Russia in the 1990s" 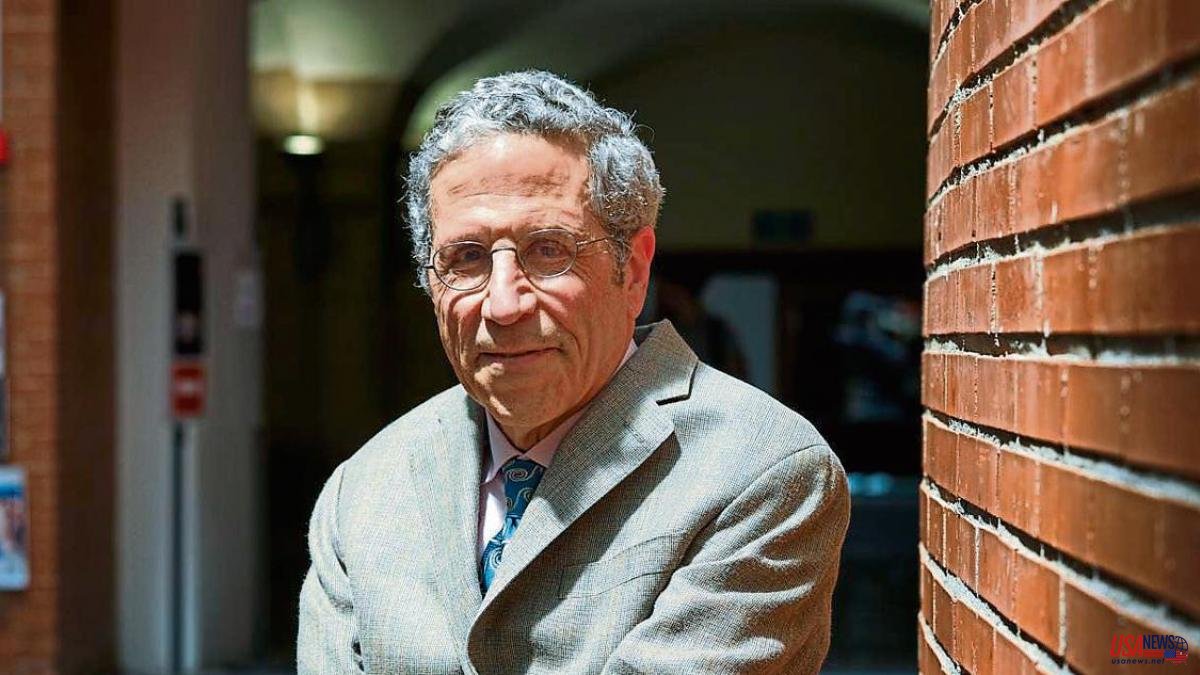 In previous interviews with this newspaper, Harvard academician and Nobel laureate Eric Maskin released some phrases that, read today, seem prophetic. So that later they say that economists better not make forecasts about the future.

Year 2015, invasion of Crimea. You said: “We don't know what Putin is after, if he knows at all. He wants to appear before the citizens of him as a giant and regain the great power Russian pride..."

I think the concept is still valid. Putin has made a career by first playing on the sense of inferiority felt by Russians after the dissolution of the Soviet empire, and then came to power by the economic chaos of the late 1990s. In my opinion, the West missed a great opportunity at that time. When the Soviet Union fell, we still thought of Russia as an adversary, and we not only kept NATO, but expanded it. An alternative approach could have been to embrace Russia in the same way that Germany and Japan were embraced after World War II, and to incorporate Russia fully into the Western community.

But Germany and Japan were completely defeated.

I realize this is not a perfect comparison because it is true that the West had more control over the destiny of these countries. But the fact is that these sworn enemies became our closest allies, and that could have happened with Russia, and it didn't. Instead, we allowed someone like Putin to rise to power by trying to differentiate Russia from the West.

Professor, applying your economic studies on the theories of games, do you think that now it would be convenient to negotiate a rapprochement with Putin?

Right now it is too late to do anything about Putin. But I hope that once he's gone, we can rethink our policy towards Russia and perhaps take an approach more similar to that which was taken towards Germany and Japan after World War II by following the same game.

More newspaper library. Year 2008. I quote: “If we want to restore prosperity, we have to reduce our dependence on cheap fossils...”

Sure. Putin could never have launched this war against Ukraine were it not for fossil fuel, because his war is being financed by the West and its fuel purchase. War is terrible, of course, but there are some brilliant aspects to it. One is the reunification of the West. We are cooperating in a way we haven't in years, but the conflict also reminds us of the importance of doing something about fossil fuels. Now, as far as I know, we haven't taken any concrete steps in that direction yet, but I imagine they will.

If you were the president of Ukraine Zelensky, what would you do?

I would be willing to make concessions to ensure that the war ends quickly and that large parts of Ukraine are not reduced to rubble. It would involve giving Russia effective control of certain parts of the territory in the east of the country and recognizing that Russia now owns Crimea. This could be very difficult for the Ukrainians to accept. However, I have a strong belief in the effectiveness of good political leaders, those who have the ability to persuade their electorate to accept things that they would not otherwise be expected to do. This was true of President Roosevelt in the Great Depression and World War II and it was true of Churchill with England. Zelensky is a very talented politician and could play the card of NATO expansion. Finland's accession could be a bargaining chip for peace. But this will not happen while Putin is in power. He's already 70 years old, so he's not going to be around forever. Then there will be a great opportunity to do what should have been done in the 1990s and bring Russia into the international community, in which case we won't need NATO anymore.

In the round table in which he participated as a member of the scientific committee at the Barcelona School of Economics (BSE) they discussed globalization and inequality. Has the long phase of opening up the economy ended?

No, I don't think globalization is over and I honestly hope not. In general it has been an extremely beneficial force for the world. I think of what has happened in India or China: it is like an economic miracle, they have been able to grow rapidly and lift hundreds of millions of people out of poverty. But globalization also has its drawbacks. And one of the most prominent is inequality. It particularly affects unqualified people. And that is unfortunate, but perhaps the most serious thing is that it is a threat to the stability of society, when it begins to unravel and fall apart. The rise of right-wing populism is closely linked to inequality.

How should you intervene?

The key is in education and skills training. Yes, you can try to do some redistribution, you can tax the rich and give it to the poor. But this does not get to the essential problem, which is that there are too many people who, in the current state of things, do not have the resources to support themselves and have a satisfactory life. So the answer is not to throw money at them, but to give them the skills they need to contribute productively to society. And that is possible.

Isn't that what Joe Biden tried to do with the 'Build Back Better' program?

The US president was trying to approve such an investment last year. There was a lot of money to invest in community colleges, which are a way of giving people vocational training, to be electricians or plumbers or car mechanics. And all of these skills are highly valued, but people can't always afford to acquire them on their own. They need help. Unfortunately, the Build Back Better program did not go ahead. And I think the problem was that there were too many other programs that were lumped into this huge $2 trillion spending package.

There is a lot of debate about the need to raise taxes to balance public finances. What do you think?

If we didn't have high inflation, then I would say yes, we could raise taxes. But the problem is that to stop inflation it may be necessary to take measures that put the economy in recession and then it is not convenient to raise taxes. It is counterproductive.

He was very successful in getting rid of inflation, which was much higher than today, simply by raising interest rates. But of course it also caused a recession. Inflation today is probably not so bad that we have the same risk of a deep recession as in the 1980s.

But is there a risk of stagflation?

Yes, and it's real. And that's why we have to do something about inflation now. I think that the central banks, the Federal Reserve in the US, the European Central Bank, etc. have to take this problem seriously and solve it quickly to make possible all the other things that we are talking about, such as investments in human capital .

Instead what is increasing are investments in defense and military spending.

That, again, makes me regret the West's policy towards Russia years ago. If Russia were on our side now – and it should have been – we would share a lot in common with the Russians. For many years I was closely associated with the Russian university, the Higher School of Economics, which has several campuses. The largest is in Moscow. It is a center that was created after the fall of the Soviet Union to train the future leaders of Russia. And he did a magnificent job. It was a highly successful university, with strong links to the West. Its graduates did well in business, although not so well in government due to the way it is organized in Russia. And now, because of this conflict, the university is in chaos. It's terrible. We complain about what the war is doing to the West and Ukraine, but it is also a tragedy for Russia, because there are many well-educated Russians who are imagining a much more prosperous Russia, much more like the West. This could have happened. And it is also our historical failure.