Eric García: "Luis Enrique asks me for things very similar to those of Barça"

Accustomed to the harshness of criticism, Eric García, FC Barcelona's Spanish international central defender, assured that they did not affect his performance and admitted that "unfortunately" he had to get used to them, grateful to coach Luis Enrique Martínez for the confidence he has always kept on it. 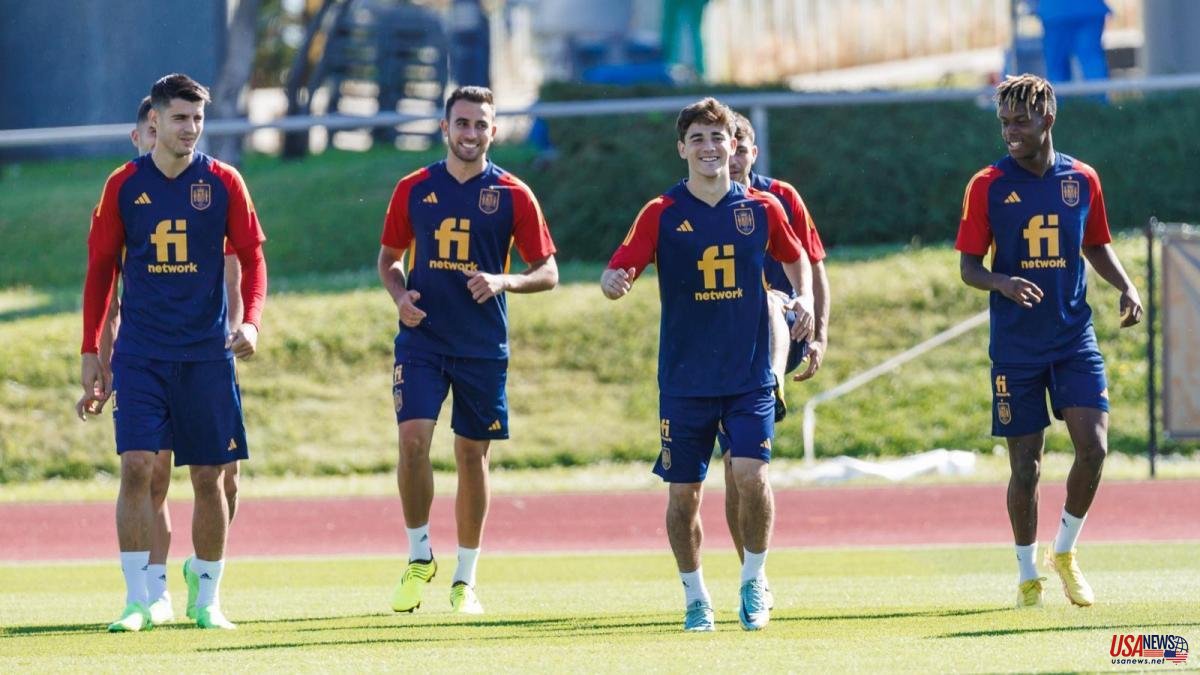 Accustomed to the harshness of criticism, Eric García, FC Barcelona's Spanish international central defender, assured that they did not affect his performance and admitted that "unfortunately" he had to get used to them, grateful to coach Luis Enrique Martínez for the confidence he has always kept on it.

"The truth is that criticism doesn't affect me, unfortunately I had to get used to it, especially last season. At first it surprises you a bit but soon you understand what you have to do, you listen to the coaches who are the ones who know the most and to the people who are always with you, which is what is important," he assured at a press conference at the national team's concentration camp, the last one before the World Cup in Qatar.

In the situation that he has felt for many months, now he sees his Barcelona teammate Ferran Torres: "Unfortunately, sometimes we footballers have to get used to criticism and Ferran has shown what a great footballer he is."

"His numbers are spectacular, in the national team he has shown it and I have no doubt about him. Sometimes the ball doesn't want to go in but I see him with a lot of confidence and in the end if you work in the right way things come by themselves", assured.

Personally, he showed maximum gratitude to Luis Enrique who has always summoned him regardless of the minutes he had at his club. "That the coach trusts you when you don't have as many minutes as he had to spend, he reinforces you and makes you give your best every time you play because you have to restore his confidence," he said.

"I have to be very grateful to Luis Enrique for the confidence he has shown me from the beginning. It was not easy for him and I feel grateful and confident. What he asks of me on the pitch is very similar to Barça. I always think of giving him back the trust he has given me", he acknowledged.

One of the novelties in this concentration of Luis Enrique is the use of a 'walkie' through which he communicates from the scaffolding with his players in training: "It helps the coach to correct since he watches training many times scaffolding and cannot talk to those who are further away. It is something more effective and the truth is that it is new".

"Everything in football is evolving a lot and in the national team we are checking it with the giant screen, now with the microphones. Technology is advancing more and more, the coach likes it and they are effective," he added.

Finally, he set his mind on the commitments against Switzerland and Portugal, with the aim of being in a final phase of the Nations League again and getting rid of the thorn in the last final, against France, due to an offside that has changed the norm subsequently.

"It was quite obvious that this play was offside. In the chat they told us that they had changed it, a little late because it screwed up a title for us but they have rectified it," he lamented.

"Hopefully we can reach the final phase of the League of Nations again. Switzerland and Portugal are two very difficult rivals, we are preparing very well and if we do what we have to do, I am sure we will reach the final four ", he concluded.