After their meeting last week in Samarkand (Uzbekistan), the president of Turkey, Recep Tayyip Erdogan, believes that his Russian counterpart, Vladimir Putin, would be willing to end the armed conflict with Ukraine "as soon as possible". 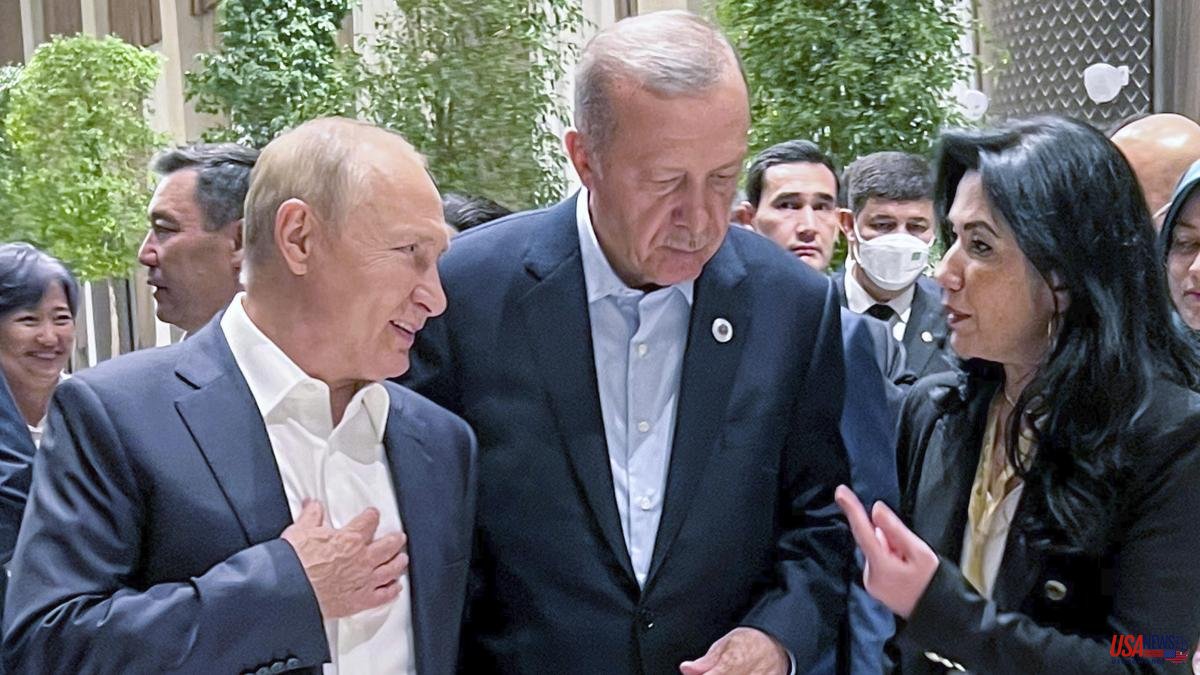 After their meeting last week in Samarkand (Uzbekistan), the president of Turkey, Recep Tayyip Erdogan, believes that his Russian counterpart, Vladimir Putin, would be willing to end the armed conflict with Ukraine "as soon as possible". He also stated on Tuesday that Kyiv must reach an understanding with Moscow for hostilities to cease.

The Turkish president explained that he had extensive talks with the head of the Kremlin in the historic city of the Silk Road during the summit of the Shanghai Cooperation Organization (SCO), which was held last week. "He showed me that he is willing to end this as soon as possible. That was my impression, because the way things are going at the moment is quite problematic," the Turkish president said in an interview on US television channel PBS.

Erdogan pointed out that the Russians and Ukrainians have reached an agreement to exchange 200 prisoners and that the issue of placing agricultural products on the market is being worked on. "These are, of course, good developments, but Ukraine must be in the same understanding with Russia," he stressed.

Putin made a similar statement about his desire for an end to the conflict in talks with Indian Prime Minister Narendra Modi, also in Samarkand.

The Kremlin chief accepted the "concerns that you constantly express", referring to Modi, and assured: "We will do everything to stop this as soon as possible."

But he blamed Kyiv for the fighting dragging on. "Unfortunately, only the opposite party, the leaders of Ukraine, declare that they refuse the negotiation process. They have said that they want to achieve their goals by military means, on the battlefield," Putin said.

The Turkish leader, who maintains good relations with both Russia and Ukraine, expressed his desire for the war to end with "a reciprocal agreement" and assures that he does not want to take sides, but stresses that nothing justifies the Russian invasion, that Moscow must leave the invaded territory and defended the territorial unity of Ukraine on its internationally recognized borders.

"If peace is to be established in Ukraine, of course, the return of the invaded territory will be very important. This is what is expected," he says. "This is a conflict that has ended with human casualties. People die and in the end no one wins," Erdogan stressed.

He also explained that Turkey is not going to take sides on the victims of the conflict or their responsibility. He explained that if an agreement is reached to end the war, both Moscow and Kyiv must be satisfied.

"We are not going to defend a single leader. But instead we have to seek a conclusion that satisfies all parties involved," he insisted.