"Unfortunately the situation of internal division in Junts is not new, it has been dragging on since its birth" and "it is the main factor of destabilization of the Government". 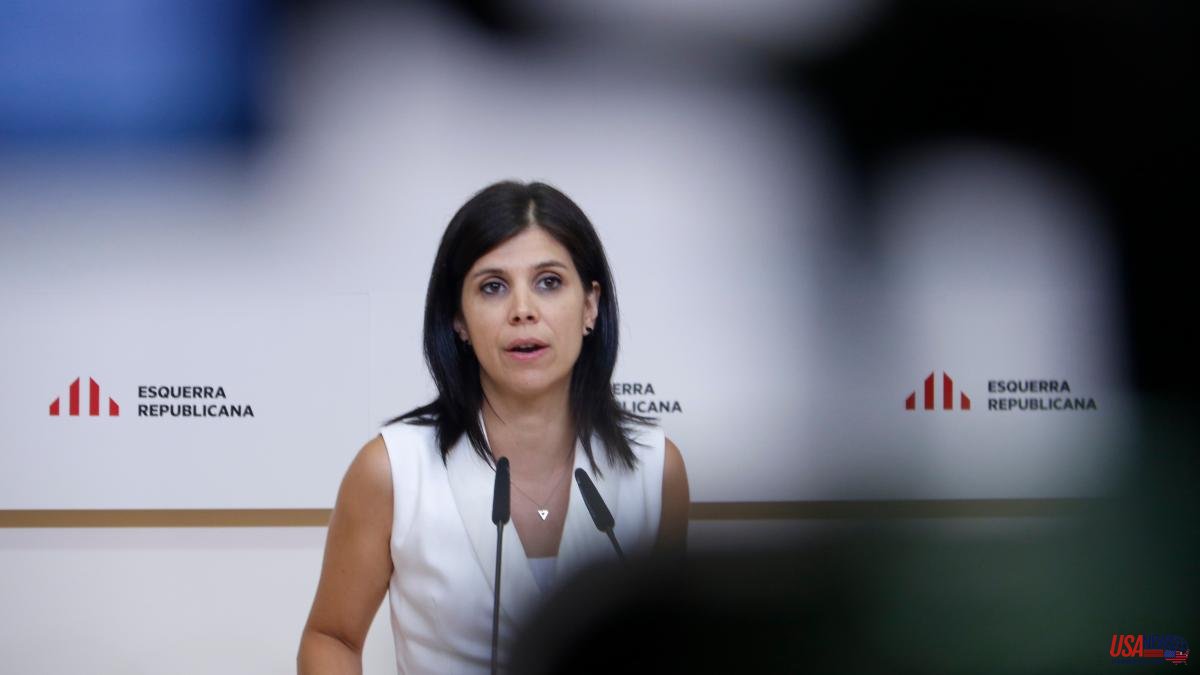 "Unfortunately the situation of internal division in Junts is not new, it has been dragging on since its birth" and "it is the main factor of destabilization of the Government". This is the analysis made in Esquerra on the relationship with its partners in the Catalan Executive and that its deputy general secretary, Marta Vilalta, has transferred this morning through the microphones of RAC1 after the umpteenth sample of these internal discrepancies in the space postconvergent.

This time the reason for the discrepancies is the attitude of the president of Junts, Laura Borràs, after the act of homage to the victims of 17-A, going to greet a group of people who demanded "to know the truth" about the attacks and They had interrupted different moments of the act with shouts. "It was not the time to be chanted or to want to have a leading role," Vilalta reproached Borràs, who was acclaimed by that group shouting "president, president."

The Republican leader has considered that the best thing for Borràs was to "go unnoticed" and has highlighted that there were different behaviors of other institutional representatives with whom they felt "more comfortable". "There are times when the protagonists must be others and this is a flagrant case," Vilalta summarized.

In any case, asked about the turmoil that Junts is experiencing due to the attitude of its president, Vilalta pointed out that "unfortunately the situation of internal division in Junts is not new, it has been dragging on since its inception" and "it is a destabilizing factor of the Government". “What we have seen in recent months is that the main destabilizing factor in the political sphere of the Government is the internal discrepancies within Junts per Catalunya. And this is not good for the Government, the citizens or the country”, she warned.

"It distances us from the citizens, who want the institutions to be useful," insisted Vilalta, who is clear that the Government is doing useful things. In this sense, the Republican has lamented the criticism made yesterday by Borràs herself in the sense of not taking steps towards independence and has defended that ERC adheres to the Government agreement, something that the suspended President of the Parliament questioned yesterday. "Day-to-day issues cannot be abandoned and only work for independence," warned Vilalta, for whom "there are some of the voices of Junts who do not want to comply with the Government agreement."

For this reason, the deputy general secretary of the ERC has warned that "you cannot be an opposition and at the same time a government" and has lamented "the Cainite criticism" against whom you share a government with. In line with this, she did not want to rule out that the Government could be broken by Junts leaving it. "What we have learned in Catalonia in recent years is that almost everything is possible," she ironized.

On the other hand, in the absence of the first vice-president of the Parliament, the Republican Alba Vergés, in the tribute on Wednesday, which left the representation of the Chamber in the act in the hands of the socialist Assumpta Escarp as second vice-president, the republican leader he considered that the institution "was represented, that's what's important" and he described the criticism in this regard made yesterday by Borràs as an "attempt to divert attention".

Also in relation to the president of the Parlament without functions, Vilalta has made it clear that her group will remain in the same position before the request for reconsideration of her suspension as a deputy "for consistency". She has also defended article 25.4 by virtue of which Borràs was suspended as a mechanism to preserve the Chamber from suspicions of corruption. "We must be strict and exemplary in everything that refers to corruption," said the Republican spokeswoman. "If we turn a blind eye, we are perceived as not very useful," she has settled.

For this reason, and to be faithful to the government agreement, Vilalta has summoned Junts to appoint another person for the functions of President of the Parliament and has rejected the possibility that Vergés resign from the first vice-presidency to let someone from Junts occupy it and thus exercise the functions of president given Borràs's refusal to resign. "The regulations are very clear and Vergés will not leave office, he is not expected to leave office," he warned.