Esquerra is in need of exhibiting palpable results of the dialogue table. 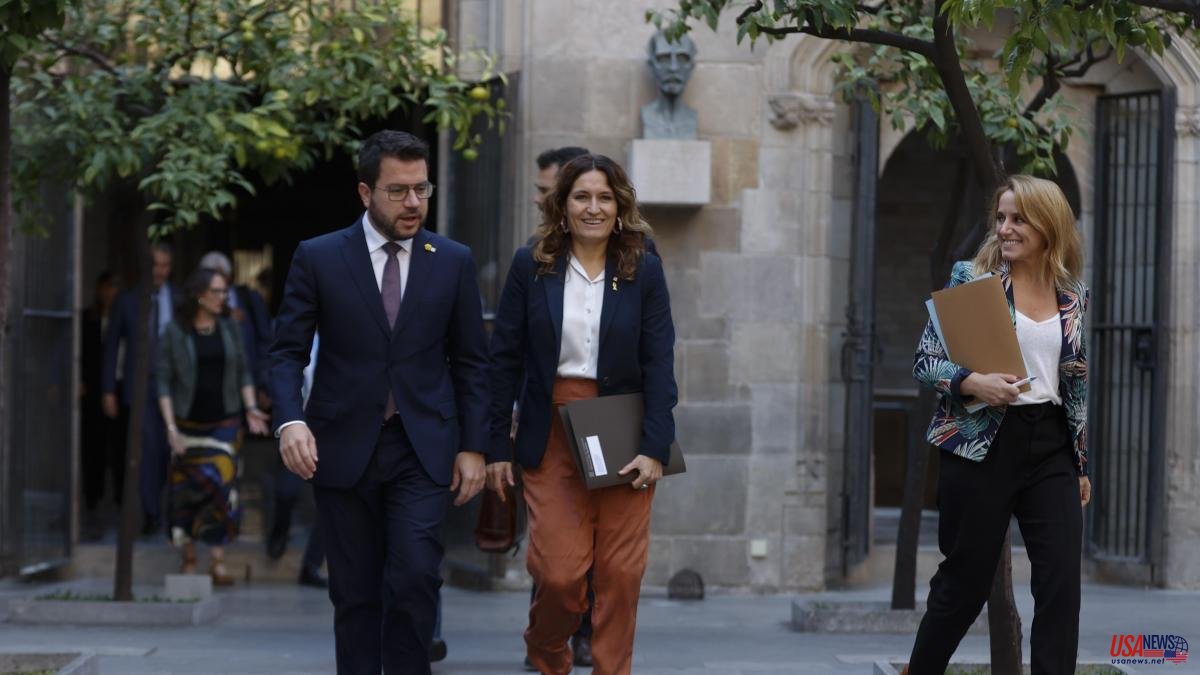 Esquerra is in need of exhibiting palpable results of the dialogue table. The pre-campaign for the municipal elections is just around the corner. He could not do it publicly with the pardons, although the dialogue stage that opened in 2021 with the then-premiered presidency of Pere Aragonès was a key piece. Now there is an opportunity with the general budgets of the State through and pending approval. These accounts are the main lever of ERC to pressure Pedro Sánchez to carry out various legislative reforms and in the Penal Code that produce "the effects of an amnesty", borrowing the words of the president. In ERC they assume that an amnesty law as such will not come.

Therefore, the reform or repeal of the crime of sedition is the spearhead of all those modifications that, in the opinion of the independentistas, Moncloa must implement.

That there are more issues than sedition in the dejudicialization section that the Spanish and Catalan governments agreed to address at the last meeting of the dialogue table, on July 27, was made clear yesterday by the spokeswoman for the Govern Patrícia Plaja. “We are working on dejudicializing the political conflict, and that does not refer to a specific crime, but to a whole or to different aspects.”

Later, at the press conference after yesterday's Executive Council meeting, Plaja was more concise, as well as clearer: "The Spanish Government already knows what it has to do (...) The folder of dejudicialization is much broader”.

Both governments strive to separate the negotiation of the general budgets from the reform of the Penal Code. But ERC approved at the meeting of its national council to make progress on the first issue as the other evolves.

The deadline for the steps of this reform to be fulfilled is the end of the year. ERC is waiting for the movements that Sánchez can make for an option, modify the sedition penalties by half, which he had studied promoting in parallel to the pardons last year. He kept it in a drawer and now the Republicans are demanding it from him so that he can fulfill the commitment made on July 27.

The Government and ERC do their part to avoid compromising Sánchez before the right and in none of their public statements do they postulate to rule on the sedition. Not even if they agree with a reform or if they ask for its repeal. But on the other hand, Republicans poke. They remind again and again that various international organizations, such as the UN, Amnesty International and the Council of Europe, have called for legislative changes and changes to the Penal Code.

Which? Apart from liquidating sedition, European authorities have targeted article 578 of the Penal Code – which prohibits the "glorification of terrorism" and the "humiliation of victims of terrorist crimes" – which Amnesty International considers an attack on freedom of expression. expression, and for which social network users, journalists, legal professionals and musicians have been convicted. Pablo Hasél is in prison for this reason. Or that the crime be liquidated for insulting the Crown, in accordance with the European Court of Human Rights. There are also doubts about the gag law, currently clogged by fines for offending police officers.

Reforming or repealing sedition only alleviates the situation of a few, among them Marta Rovira. Embezzlement also carries heavy prison sentences.

For example, Carles Puigdemont or Josep Maria Jové and Lluís Salvadó are accused of this concept - ERC deputies considered architects of 1-O - prosecuted in the TSJC, or several former senior officials instructed by the court number 13 of Barcelona. The Republicans trust that Sánchez can influence the Prosecutor's Office so that this crime is not considered, at least, in these last two courts. Retouching the crime in the Penal Code is practically ruled out.