The exception was the approach of Vice President Jordi Puigneró to the Catalan National Assembly (ANC) in relation to the pro-independence strategy. 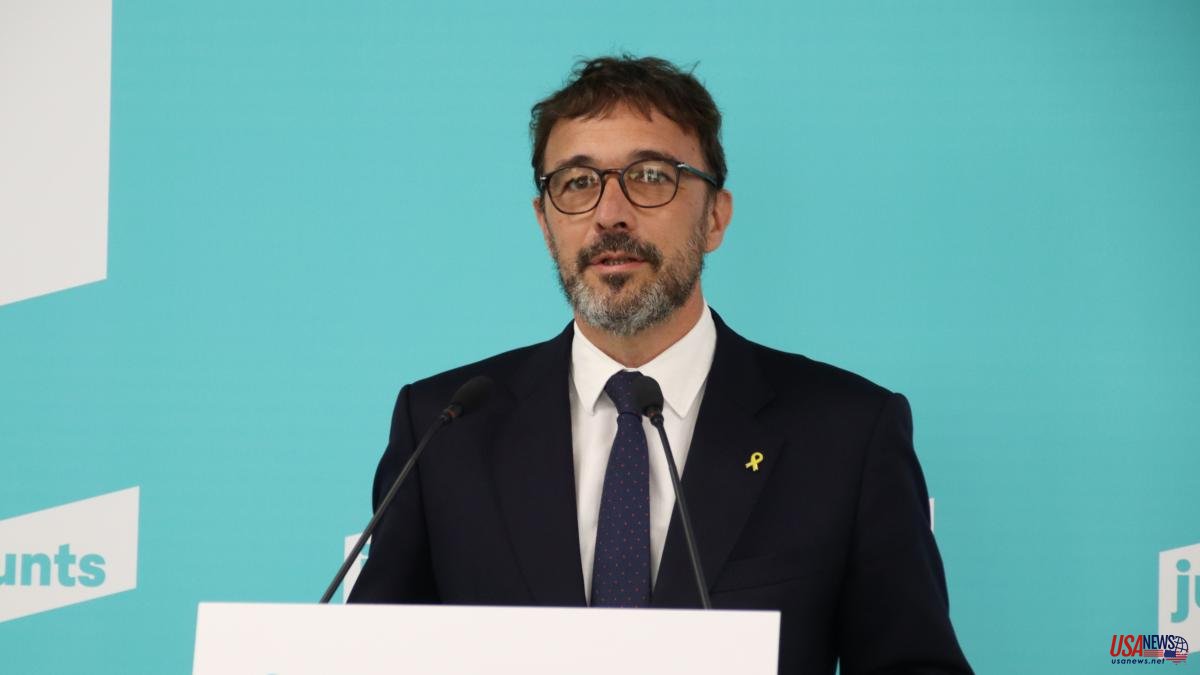 The exception was the approach of Vice President Jordi Puigneró to the Catalan National Assembly (ANC) in relation to the pro-independence strategy. But the relationship between the members of the Govern of ERC and Junts works almost like silk, as the spokeswoman for the Catalan Cabinet, Patrícia Plaja, has pointed out over and over again in successive press conferences. Another thing is the noise of the parties, which continues to resonate and today Esquerra has taken a step further, by adopting a position of strength considering that what there is is an internal crisis in its partners that has repercussions on the Catalan Executive, and has rejected any ultimatum. Junts, on the other hand, remains in its thirteen and insists on demanding that its partners comply with the Govern agreement.

"There is no crisis in the Government, but a crisis within Junts per Catalunya", said Marta Vilalta, deputy general secretary and ERC spokesperson, this afternoon. For the republican it is first necessary to "clarify" the party led by Laura Borràs and Jordi Turull, divided between supporters of leaving the Government and those who do not if progress is not made on the national axis. "It doesn't challenge us", assured the Esquerra leader. "What we ask is that they clarify", said Vilalta shaking off all pressure on his party while reiterating that "there is a crisis in Junts that affects the Government".

And it is that the Republicans now have as a priority, according to their spokesman, is to address the economic and social crisis with new budgets and "put policies on the table that help people in their day to day, families and companies" Catalans. "If anyone has doubts about what their participation in the Government should be or not, clarify it, but stop interfering in the development of Government policies", she concluded.

For his part, Josep Rius, spokesman and vice-president of Junts, has demanded that his Esquerra partners comply with what was agreed in May 2021 and that "the Government's independence agenda be recovered". "To guarantee stability, there is no better formula than to comply with the legislative agreements that the two formations signed. We ask Pere Aragonès to act as president of a coalition government and not as leader of a party," he added.

In addition, the leader has once again put on the table the three points set by the party executive at the meeting held in Pals a few days ago: that a strategic space for independence be constituted, that the dialogue table be about self-determination and the amnesty and that there be a common front of the pro-independence formations in the Congress of Deputies. During the press conference, the JxCat deputy also recalled the words of Aragonès in his investiture speech in Parliament: "I present myself to complete the process of independence of Catalonia".

Regarding the meetings between partners, Rius has highlighted that they are "constant and frequent" and it is expected that there will be more this week, since next week the general policy debate will be held in the Parliament, which marks the orientation of the new course political and it is the date that Junts marked as a turning point and a change of elevation in the current dynamics of the Government. "The result of talking and contrasting points of view is always positive", he has pointed out regarding regular appointments with his partners, but has clarified that "they have to help move forward". "Junts is not asking for anything exceptional, that the Government's agreement be fulfilled."

Regarding the possibility of consulting its militants about the role of Junts in the Government and its continuity, the party's spokesman stated that "we are not at that moment yet". "The scenario after the Pals executive is that around the general policy debate Esquerra must decide whether to comply with the agreement. We do not want to advance scenarios beyond what is public and notorious," stressed the leader of JxCat, putting the ball on the roof of the republicans.

On the other hand, the formation has begun to address in today's management meeting what proposals it will take to the general policy debate. One of the aspects that Junts will deal with is that of Rodalies. In this sense, Rius has highlighted that so far in September, there have been no incidents in the Renfe suburban service for only one working day.