ERC, Junts, PSC and comuns close the agreement on Catalan in education 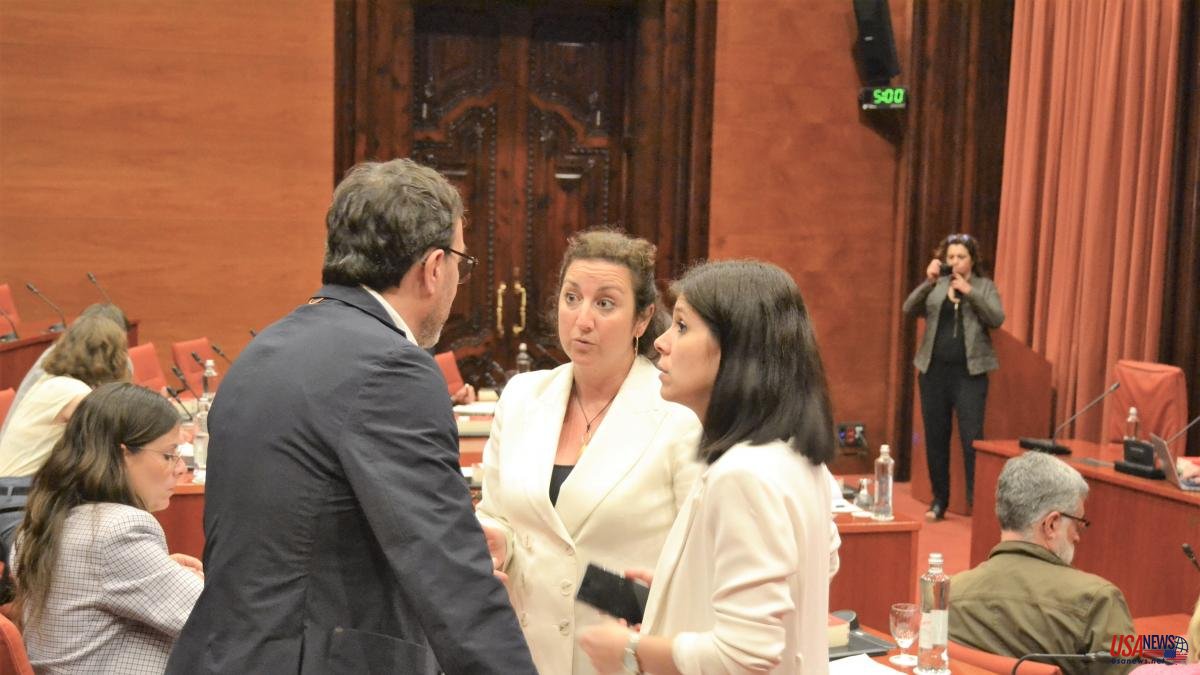 White smoke at last. ERC, Junts, PSC and En Comú Podem have reached a new agreement to shield Catalan in the classrooms that allows reviving the frustrated consensus reached on March 24 for the reform of the Language Policy Law, from which Junts distanced itself from the few hours. The new agreement establishes Catalan as the vehicular language and therefore the central axis of teaching at school and that Spanish is the "curricular" language. Even so, it remains to be seen whether the consensus reached will make it possible to stop the judicial pronouncements that have been taking place in linguistic matters for years.

Two months after that agreement, the four formations have remade the pact around a new law. In it, the most divergent positions of PSC and Junts have finally been brought together, clarifying the role of co-official languages ​​in educational centers and specifically rejecting the establishment of linguistic percentages in education, as is done by the High Court of Justice of Catalonia (TSJC) in their sentences, at the request of the post-convergents.

This last point is especially problematic for the Socialists, who consider that its inclusion in the new norm represents a challenge to the court and, therefore, they will vote against that point in the parliamentary approval of the law.

Along with this rule, the Government will approve a decree law that must also pass the parliamentary filter, with which it is intended to shield the directors and teachers of schools from "interference by the courts." It will also explicitly point out that in pedagogy there is no room for percentages or linguistic quotas.

The negotiations that the four parties have intensified since last week have given rise to an agreement in extremis that will again bring together 80% of the Parliament's deputies (106 parliamentarians), who will validate the new rule in the plenary session that will begin this Wednesday, after having registered this very afternoon a petition to alter the agenda and introduce the debate and vote on the law. In this way, the new law will be approved in the Catalan Chamber instead of the reform of the Language Policy Law, as agreed in March, before the 15-day period given by the TSJC to comply with its order that compels to comply with 25% of Spanish in the classrooms, which expires on May 31.

The agreement has been long in coming despite the fact that this weekend voices were already heard that assured that "it was close". ERC, Junts and Comunes agreed on this, since Monday, but not the PSC, which implied that there was still material to cut before the announcement. Even hours before announcing the pact, the Socialists insisted on the need to reflect "clearly" in the text that Spanish is the "language of learning in Catalonia" because "it cannot be treated as a foreign language."

In the words of the PSC negotiator, spokeswoman Alícia Romero, "here is our fight" because it is obvious that Spanish is the vehicular language, together with the fact that the new law does not include an explicit position against the sentence of the TSJC, in relation to the linguistic percentages, as initially claimed by Junts.

The new agreement comes just a few hours after the president of the Generalitat Pere Aragonès appeared at a press conference from Palau together with vice president Puigneró to present a balance, in his satisfactory opinion, of the first year of the legislature. This fact is not trivial since the opposition parties were not willing to advance the announcement of the pact that would allow the Government to score a credit that does not correspond to it.

In that appearance, Aragonès already took the pact for granted, assuring that it was "very close" and thanking the four parties for the effort and dedication of the last days. However, both leaders have admitted that the political response "does not guarantee 100%" that the TSJC will stop its decision to impose 25% Spanish in schools.

Before a court with "ideological approaches" in terms of language and with a sentence "that does not obey pedagogical criteria", neither Aragonès nor Puigneró have dared to guarantee that with the new agreement the judicial action can be stopped, but "we are not going to to give up all the tools available to us to defend the Catalan school model”, the president pointed out.

The agreement does not have the endorsement of the CUP, which has openly positioned itself against both the new law and the decree prepared by the Government. Nor will the PP join a consensus that they believe has been thought through "subterfuge" to avoid complying with the TSJC ruling. For its part, Ciudadanos contemplates the possibility of requesting an opinion from the Consell de Garanties Estatutàries because, even without knowing the text, everything that is not complying with 25% of Spanish in the classrooms will be "illegal".