ERC assures that it is prepared for a solo Government 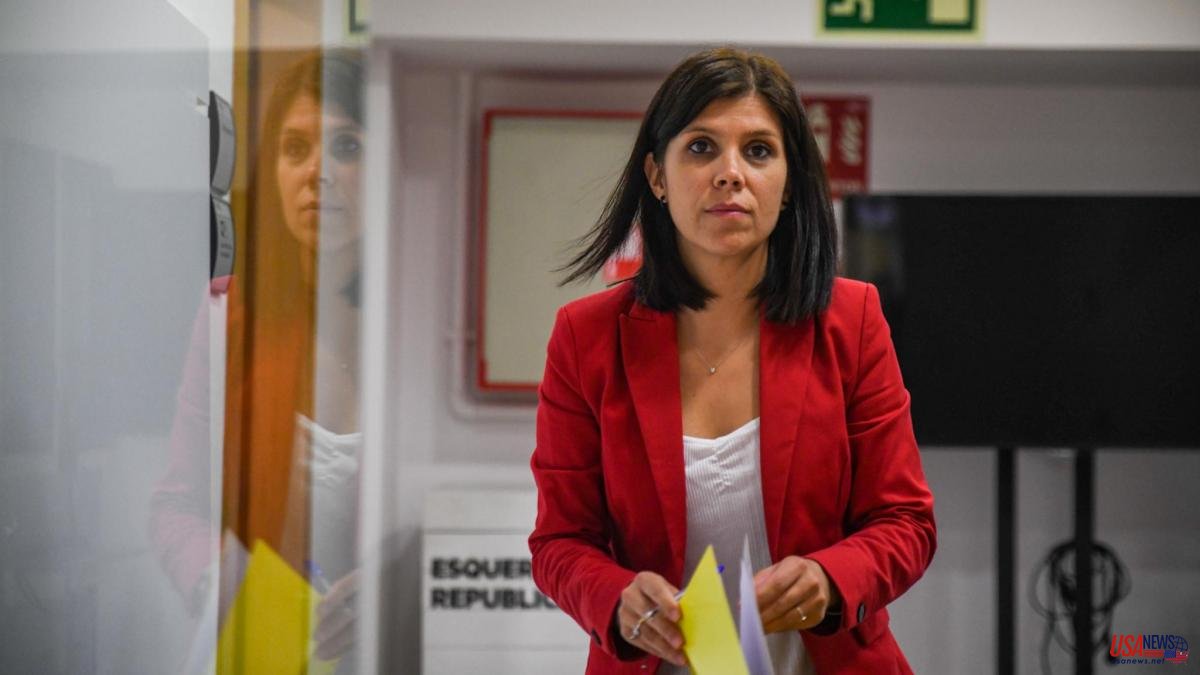 "It is clear that our responsibility, from the Govern and from Esquerra, is to be prepared for any scenario, and therefore, also to be prepared for a supposed Govern alone of ERC". The Coalition Government is pending more than ever the result of the consultation that Junts has announced that it will do to its militancy on October 6 and 7, but Marta Vilalta, deputy general secretary of the Republicans, has assured this afternoon that its formation is willing to fly alone if the postconvergents end up leaving the Catalan Executive. "We cannot go to an interim stage or to elections", since it would not be the best way to respond to an autumn of economic difficulties, with inflation rising by double digits, she has reasoned.

It is an idea that Josep Maria Jové, president of the ERC parliamentary group, already slipped past Tuesday, during the general policy debate. He exposed it just after the leader of Junts in the Catalan Chamber, Albert Batet, threatened Pere Aragonès with demanding that he submit to a matter of trust if he does not comply with the investiture agreements that JxCat considers to be below minimum .

Vilalta has affirmed that Jové “was very clear”. The ERC wants a strong and stable government, he said, and one that is based on "respect and loyalty", something that is dynamited in the opinion of the Republicans when the question of trust is raised. "This formula [Govern ERC-Junts] It is the one we have, and we do not rule out that there may be others”, stressed the leader of Esquerra at a press conference from the headquarters of her party. "In solitary? Could be. We would like the current government to continue, but the attitude of the party led by Laura Borràs and Jordi Turull has to change, she stressed. Vilalta, in fact, contemplates this scenario, because in his opinion JxCat has given ample evidence that "a notable part" of the party "works to get out".

In this sense, Vilalta has highlighted that the problem is not the conditions that Junts has put on the table to remain in the Government, but rather that what must be resolved is "what Junts wants to be: join or leave it". For number four of the Republicans, these demands are nothing more than "excuses that a part of JxCat has prepared" to leave the Catalan Executive.

Thus Vilalta has justified that the audit that the postconvergents prepared an audit "in response to internal pressure" to evaluate the action of the Government was designed in that sense. Also the various ultimatums that Junts has staged, or the question of trust announced by Batet last Tuesday. ERC also has the fly behind its ear due to another factor that occurred on Friday: JxCat voted in favor in Parliament of a PSC resolution proposal that disapproved of the Government. "That they stop being irresponsible with the country," the Republican has riveted.

For its part, from the opposition PSC and En Comú Podem they urge Aragonès to assert their authority. Although they do not say it openly, they believe that the president should kick Junts out of the Government to resolve the crisis, the impasse situation and start a negotiation to approve next year's budgets in a timely manner.

The Socialists have once again criticized the situation because "Catalonia cannot lose another day in trouble that leads nowhere", but the proof that a solo ERC Government would satisfy them is that they assure that they will continue to reach out to that Catalonia has budgets “no matter what happens”.

The Socialists want to negotiate them with Aragonès, especially if Junts ends up leaving the Government, and they are already planning to start a round of contacts with the social agents (Foment, Pimec, CCOO and UGT, among others) to collect their demands. The PSC believes that the 3,100 million more that next year's accounts will have cannot be missed with a budget extension and they have launched a motion in Parliament in which they reflect the general lines of their preferences: allocate 25% of the Health budget for primary care; An additional 100 million euros for the inclusive school; 1,216 million for universities and 415 for research, development and innovation; An extraordinary 900 million euros for a social shock plan, an extraordinary 200 million to develop the national pact for industry and avoid tax cuts.

For their part, the commons demand that Aragonès make a decision to resolve the Govern crisis before Thursday, and unlike the socialists, they keep the negotiations on the accounts frozen because “right now there are no guarantees” that the current Executive “ It will be the one that will be here in a few days.”

Those of Jéssica Albiach, who have always pointed out that the best thing that can happen to Catalonia is for Junts to leave the Government, criticize that the main source of instability in Catalonia is its Executive. That is why they warn that "the country cannot be paralyzed by the decisions of JxCat" and demand that Aragonès not shy away from his "responsibilities". According to the purple formation, "instability is solved by making decisions" in the face of an "unsustainable situation" that means that "JxCat does not know what he wants and ERC is allowing him to set the pace".