Enrique Vila-Matas: "For a character in one of my books, I prefer the mystery of Dembélé"

Enrique Vila-Matas (Barcelona, ​​1948), who has just published the novel Montevideo (Seix Barral) –in which a writer in crisis investigates what is real in a disturbing short story by Cortázar–, will be one of the millions of viewers at the World Cup football starting today In conversation with this newspaper, he explains the origins of his interest in this sport and some cultural references in this regard. 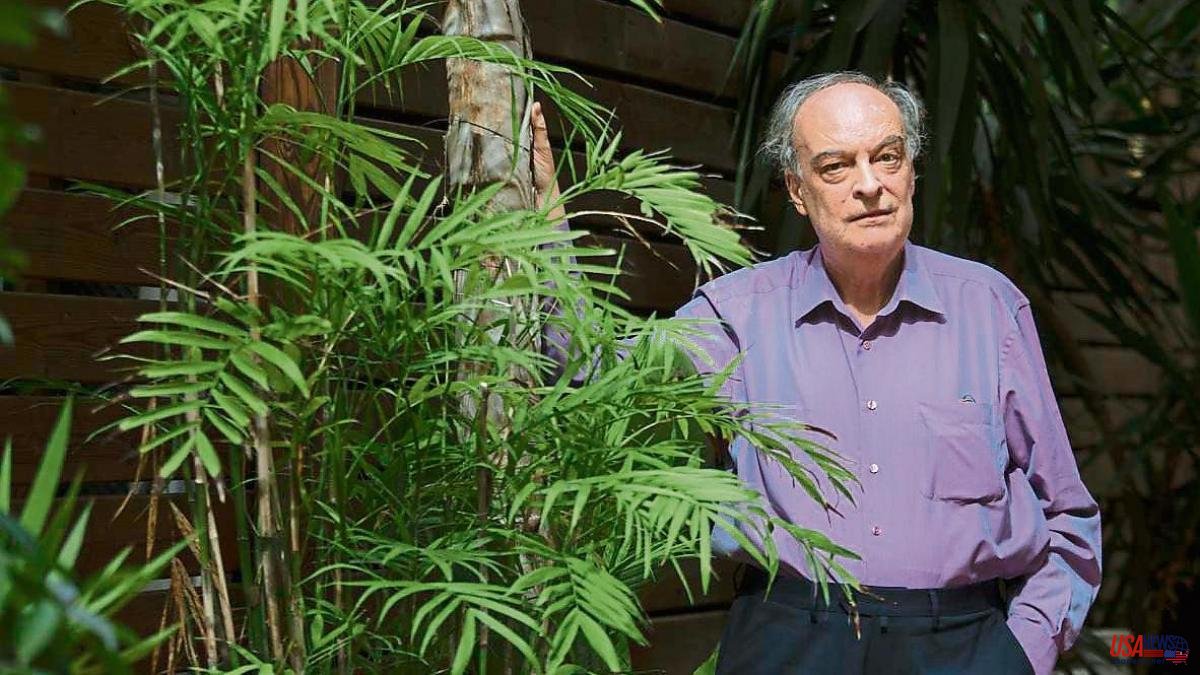 Enrique Vila-Matas (Barcelona, ​​1948), who has just published the novel Montevideo (Seix Barral) –in which a writer in crisis investigates what is real in a disturbing short story by Cortázar–, will be one of the millions of viewers at the World Cup football starting today In conversation with this newspaper, he explains the origins of his interest in this sport and some cultural references in this regard.

What is the origin of your relationship with soccer?

I was born, and I was already from Barça. They enrolled me as a partner from the first day of life. And I still am. Card now, of course, with a very low number.

Is there a presence of this sport in any of your works?

There is. I have collected my best articles from the first decade of this century in An Absolutely Wonderful Life, and among them is The Art of Meeting Soccer Players. There I tell that one day my father introduced me to his friend Samitier and also how, years later, taking advantage of "the era of intellectual footballers", I dedicated myself to conversations about life and death with them. With Guardiola, Pardeza, Valverde and Zubizarreta. Martínez de Pisón and I hunted the latter down with overflowing emotion at the Valencia Book Fair and we did not stop giving him our works and photographing ourselves to immortalize the moment and overwhelm him with all kinds of questions about his relations with Cruyff. .

Do you remember references to soccer in books or works of art that have caught your attention?

Just these days, for the Barcelona publishing house Días Contados I am prefacing –also Valdano and Juan Villoro– a book that will cause people to talk: the impressive soccer chronicles of the 1960s by the great Nelson Rodrigues, who, in addition to being a soccer fan, was a great brazilian writer. It's called In the Shadow of the Immortal Boots. And it is an exhibition of literary-soccer talent, especially when he talks about the 1962 World Cups and, with a perfect method for writing exaggerated prose, praises Garrincha, the mythical right winger of the Brazilian team – quite amazing.

Gonzalo Suárez, whose stepfather was Helenio Herrera and who under the pseudonym Martín Girard wrote highly innovative soccer chronicles for El Noticiero Universal. Some time after Girard, the belief that for an intellectual writing about football was frivolous had fallen, great specialists on the subject emerged, such as Vázquez Montalbán (pioneer in breaking the spear), as well as Javier Marías, Ramon Besa, Santiago Segurola, Sergi Pàmies .

Do you consider yourself a Cruyff fan? Can its principles be applied to other fields?

I have always considered Cruyff literally a genius. He was very sure of himself and –like Luis Enrique now– he normally made foolish decisions that led him to success.

Could Messi –who sometimes seems to inhabit another world, deep, interior and unfathomable– work as a character in one of his books? What other footballer could appear in one of them?

I recommend the book that Jordi Puntí wrote about Messi, as well as the one by Sergi Pàmies about Cruyff. For a character in one of my books, I prefer the mystery of Dembélé. Not long ago I speculated about a book or movie that would be titled I Wandered. I don't think Dembélé has much of an inner world, but the outside is spectacular (that adjective that Xavi uses so much), it's pure Jacques Tati. If I'm still a member, it's just to see the wandering Dembélé wander.

Would you have preferred another venue than Qatar?

Well, I wonder the same thing as Enric González the other day: and when has the soccer business not been corrupt? Nothing new.