Southgate's England record in Qatar has been formidable to date. 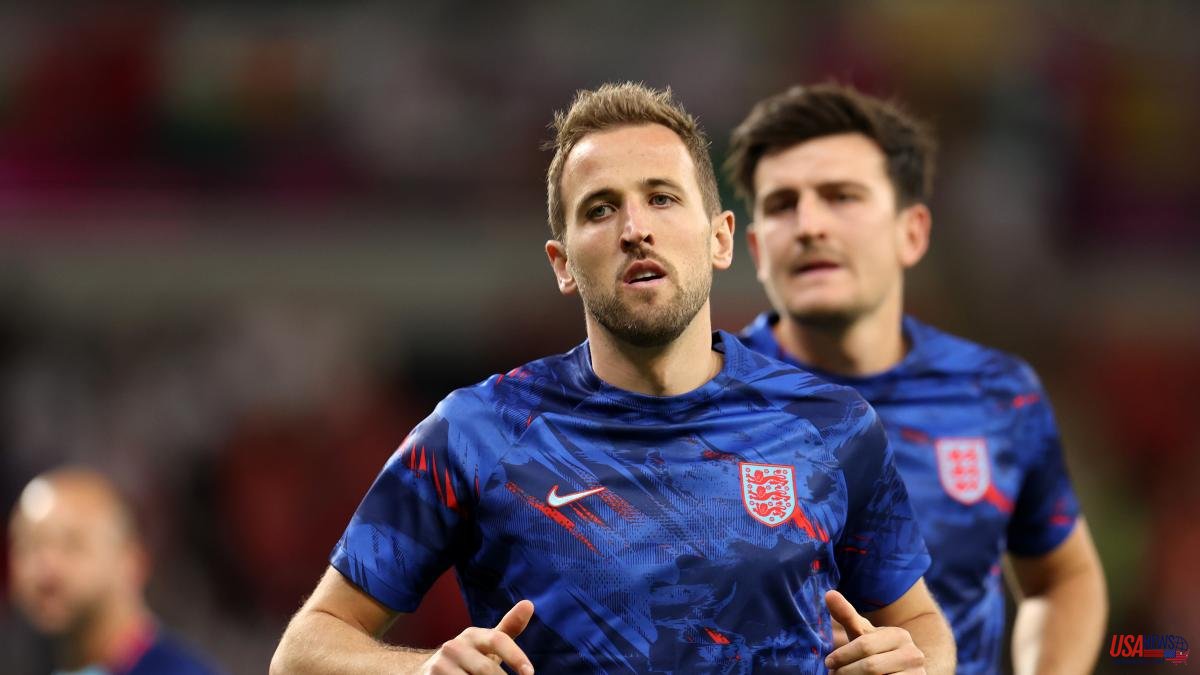 Southgate's England record in Qatar has been formidable to date. A team with its own personality that has won two games and has reached the round of 16 showing enormous reliability to attack the rival goal despite the fact that Harry Kane, top scorer in Russia 2018 with six goals, has not yet made his debut. Bellingham and Saka have renewed with their youth the illusion of a team with solid pillars at this start of the championship and that does not want to be surprised by Senegal, a priori an affordable rival.

That is why England is waiting for Harry Kane, who is improving day by day after a blow against Iran. The Tottenham striker is indisputable, not in vain is he, with 51 goals for his country, only two behind Wayne Rooney's record. But in three games in Qatar he doesn't know what it's like to score. "I feel good. Goals are what I'm going to be judged by, but I'm a calm person. If the goals come, it will be great and, as a striker, I always want to score", said the striker.

Senegal, for its part, finds itself in the round of 16 for the second time in its history, but it should not be classified as a surprise. The last champion of Africa has in his formation up to ten players who are active in the Premier. So much presence on the islands of Senegalese players gives them an experience that may be key for them to have a chance in the duel against the Three Lions.

Edouard Mendy and Kalidou Koulibaly (Chelsea), Nampalys Mendy (Leicester City) and Ismaila Sarr (Watford), are some of the Senegalese who are triumphing in the English league, while Idrissa Gueye (Everton) will miss the match due to card accumulation and Cheikhou Kouyaté (Nottingham Forest) is touched.

The successful Senegalese coach, Aliou Cissé, who has been ill these days, will also be a doubt. Regis Bogaert, his second in command, is very clear: "Senegal will beat England."