England thrashes and gets the favorite bracelet

It took the ball to land in the Khalifa Stadium in Doha, perhaps frozen by air conditioning capable of freezing a desert. 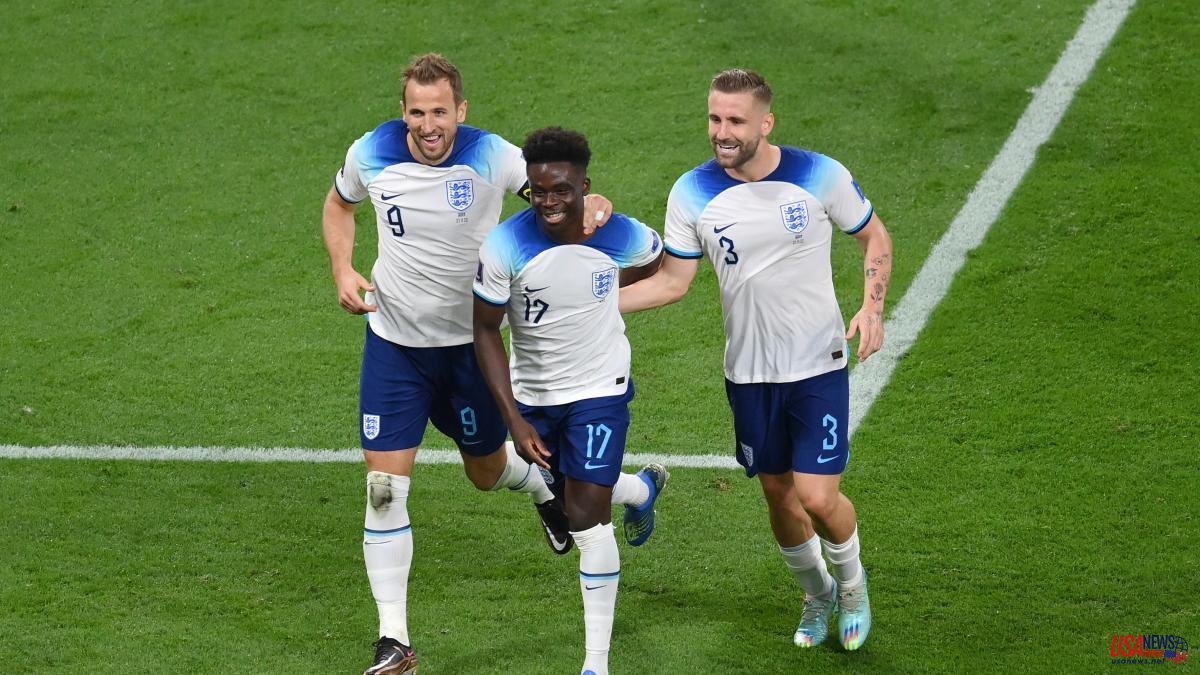 It took the ball to land in the Khalifa Stadium in Doha, perhaps frozen by air conditioning capable of freezing a desert. The match between England and Iran was not a very footballing appetizer, marked first by Harry Kane's resignation from wearing the rainbow armband in the face of pressure from FIFA (...) and then by the protests by Iranian players and fans against the repression in his country during the chords of his own anthem. When the lights finally returned to green, England kicked off the World Cup table and took the favorite bracelet.

Top European scorer in the World Cup qualifying phase, semifinalist in Russia four years ago and finalist in the last Euro Cup, the progression pushes the Southgate team to take the final step in Qatar and climb to the top of the drawer. But although the second star is still a long way off, the first stride to achieve it was convincing, of that there is no doubt. England made their debut beating an Iran almost at will that emulated Qatar with a defense from the tunnel of terror. The team of the eternal Queiroz, in addition, conceded the biggest win in its history in the 16 matches of the World Cup finals that it has played. A fact that perfectly reflects the poor image that he stamped on the Khalifa lawn.

Nor did the pross need to show off in excess to touch their biggest win in a World Cup (6-1 against Panama in 2018). England completed an excellent exercise in patience and efficiency, more than enough to topple a well-drawn but too fragile and innocent Iran.

It took him a while to start the game, stopped for 8 minutes as soon as it began due to the injury to Beiranvand, the Iranian goalkeeper, who ended up being substituted, causing an added 14-minute period. In the second half there would be 'only' 10 God knows why. It was difficult for the English team to open the can, denied the header of the imperial Maguire by the crossbar. But as soon as he did, he put the direct and ended the game with astonishing ease, which confirms a potential capable of opposing everything.

Ten minutes it took those from Southgate to transfer their superiority to the scoreboard. Those who went from Bellingham's goal, header after Shaw's center, to Sterling's, to a pass from Kane. Between the two of them, Saka had left his mark with a great shot. The Arsenal forward also signed the fourth, already in the second half when the final curtain fell on the duel. Taremi rewarded the momentum of his fans, finishing off a skilful pass from Gholizadeh. The Persian striker would also score the final 6-2 (mini) penalty to equalize Valencia as top scorer. Rashford and Grealish had sentenced before.

The victory on the pitch contrasted with the defeat in the stands, where the Iranians were much more spirited and the English fans were hardly heard. In Qatar it is forbidden to sell alcohol.

Incidents: Match corresponding to the first day of Group B of the Qatar 2022 World Cup played at the Khalifa International Stadium in Doha (Qatar) before 45,334 spectators.