England - Spain: schedule and where to watch the match of the Women's European Championship on TV

The moment of truth has arrived for the Spanish team. 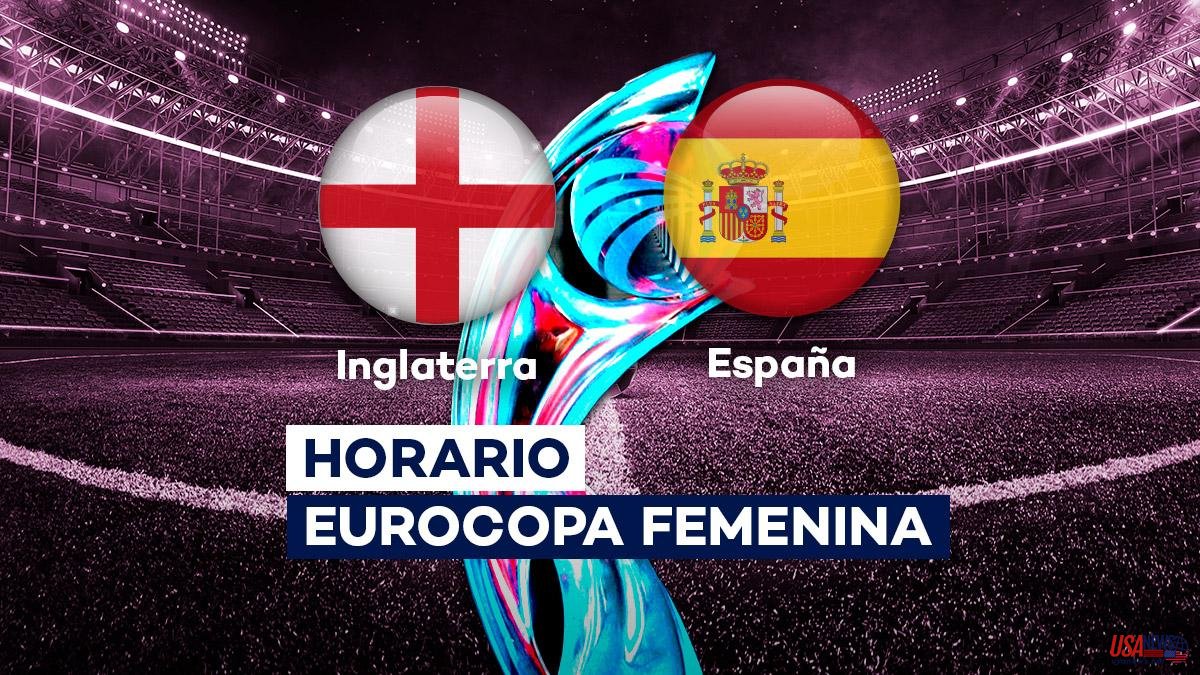 The moment of truth has arrived for the Spanish team. The red dispute this Wednesday at the Brighton stadium

If the three lionesses were already among the contenders for the title before the start of the continental tournament, their sensational group stage makes them an even more fearsome rival. Jorge Vilda's players, also aspiring to win when they still had Jenni Hermoso and Alexia Putellas in their ranks, agree to transfer the pressure to the locals without giving up giving the bell.

The first match of this tie will be played on July 20 at 9:00 p.m. in Spain and will be broadcast by RTVE's La 1. The La Vanguardia website will also offer live minute-by-minute updates on what happens during the duel at the Falmer Stadium, the commercial name of the venue.

It was precisely against the English team that Spain began their two-year undefeated winning streak. The red lost in this group stage against Germany, but had not done so since before the pandemic, when on March 8, 2020, they did so against the United States in the SheBelieves Cup (1-0).

La Roja began its historic streak on March 11, 2020 with its victory against England, then directed by Phil Neville and not going through its best moment. But a prestigious, pompous victory, 1-0 with a goal by Alexia Putellas when she headed in a corner kick by Jenni Hermoso.

"The most difficult game you can have in the European Championship. Seeing the level of England, that they are the host, they have the public in favor... It is something that motivates us. We are a team of challenges. We love that it is against England We are facing a clear candidate for the title", added the Spanish coach after advancing round with the victory against Denmark (1-0) with a goal from Marta Cardona in the last minute.

More than 30,000 attendees are expected at Brighton's stadium in the heat of the heat wave in the United Kingdom, which will surely play its part in the match.

Last February in another tournament of importance, the Arnold Clark Cup, Spain finished undefeated against more than qualified rivals, including England, against whom they drew 0-0 after a lesson in personality but also without punch, one of the defects that they cannot relieve Vilda's team, only able to score a goal in the last two games. In the debut he put four to the weak Finland.

Brihgton will write a new chapter, the most relevant in recent times. Spain comes diminished due to transcendental casualties but with reinforced confidence and England absolutely launched after a plethoric group stage.

It is the highest scoring team in the tournament, with fourteen goals. 1-0 to Austria, 8-0 to Norway (absolute record of the competition) and 5-0 to Northern Ireland. Together with Germany, the only team that has not yet conceded. To this is added that he leads the lists of success percentage in the pass (88.7%) and shots (69).

Spain, which remains faithful to its appointment with the quarterfinals of a European Championship, presents more modest data, although it is also showing that it is a leading team. It is the leader in possession (66.3%) ahead of England (62.7%); second in shots (62) behind his rival (69) and third in percentage of success in the pass with 87.3%.