England seeks to start a new reign against the hegemonic Germany

England today seeks its 'happy ending', the happy ending to a story whose pages have been written chapter by chapter; from the win over Norway, to the ecstasy against Sweden, passing through the important victory over Spain that gave them wings to dream big. 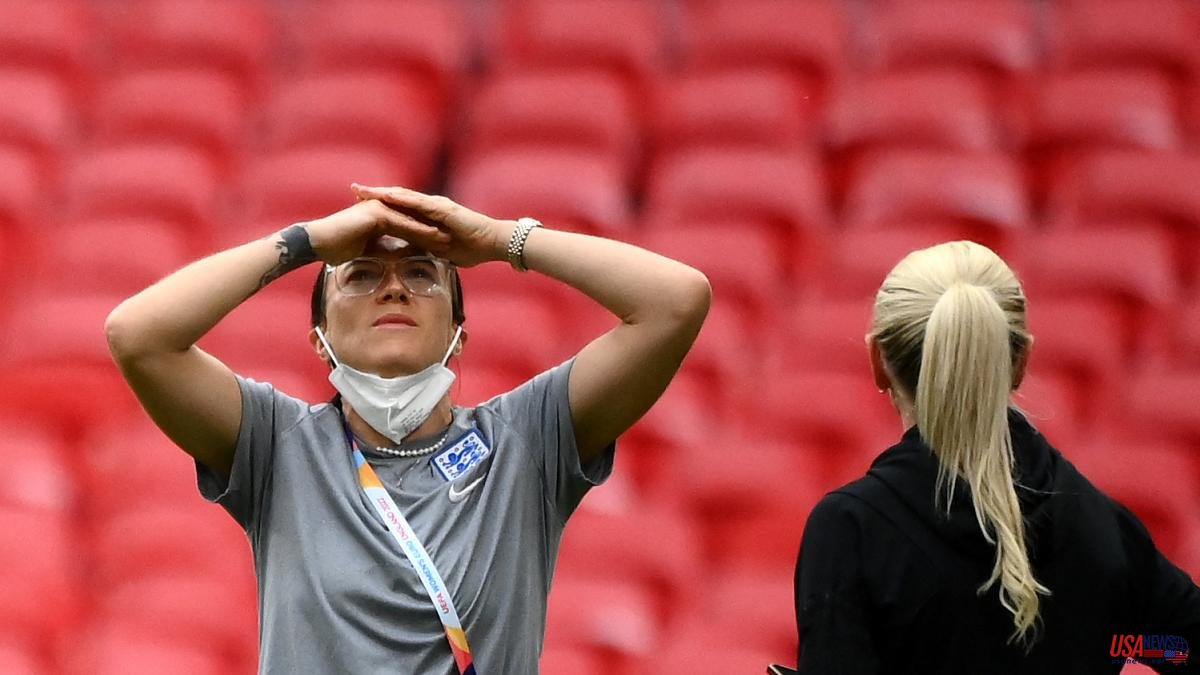 England today seeks its 'happy ending', the happy ending to a story whose pages have been written chapter by chapter; from the win over Norway, to the ecstasy against Sweden, passing through the important victory over Spain that gave them wings to dream big. The country has turned to the Lyonesses and they hope to give them a historic victory in the most emblematic stadium of British football, Wembley. Precisely on the same stage where their male counterparts lost the European Championship last summer. The setback of Gareth Southgate's men is very present in British society, which hopes to make up for it today with its women's team.

There are reasons for optimism, the host tournament is being to frame. They swept the group stage scoring 14 goals and the Earps kept a clean sheet until Esther González appeared. The Spanish striker was the only one capable of scoring against Sarina Wiegman's team, who thrashed again in the semifinals, this time against Sweden (4-0) to secure their second European final.

The Dutch coach is another reason to dream of victory. Wiegman already knows what it's like to win this trophy with the host team after having led the Netherlands to the title in 2017. His masterful reading of the matches is one of the weapons that makes the English team more lethal, as he already showed in the quarterfinals against Spain. The duel on the bench against Martina Voss-Tecklenburg will surely be exciting.

Not forgetting the pressure cooker that will be Wembley. With tickets sold out in just minutes, the final against Germany will become the attendance record for a women's football match in the United Kingdom. For the first time in history there will be a musical show before the big sporting event, by the British singer Becky Hill, and it is expected that television audiences will continue to break all records. With an entire nation hanging on to his success, will England be able to withstand the pressure? "We've played before, it's a familiar stadium for us," reassured England captain Leah Williamson.

The expectations are very high and the challenge is enormous. They face the absolute queens of Europe, a team that has lifted this trophy eight times and will play its tenth final –of the 12 editions–. They may not be at their best after losing in the quarterfinals in the last World Cup and in the last European Championship, but with the solid victory against France in the semifinals they showed that they are back. England and Germany will repeat the 2009 final, in which the German team took the title after endorsing their rival the biggest win in a final, 2-6.

A lot has happened since then and the level of the two teams today is more equal than ever. For Martina Voss-Tecklenburg, the pressure will be on England, but her counterpart on the English bench does not think the same: "I think we will both have pressure because we want to win and it will be a very tight and exciting match", she valued at the conference. pre-match press.

England or Germany. New reign, or reconquest. Interestingly, a final between the only two teams that have been able to beat Spain. Two triumphs with a very different stamp that make it clear that the German team does not need the ball to do damage, while England suffers more if they do not have it. "We are not afraid," Wiegman warned. Only four countries have ever won the European Championship: Germany (8), Norway (2), Sweden and the Netherlands. Will the Lionesses make it into this exclusive club?