France prides itself on being a nuclear power, both military and civilian, one of the many legacies of General Charles de Gaulle. 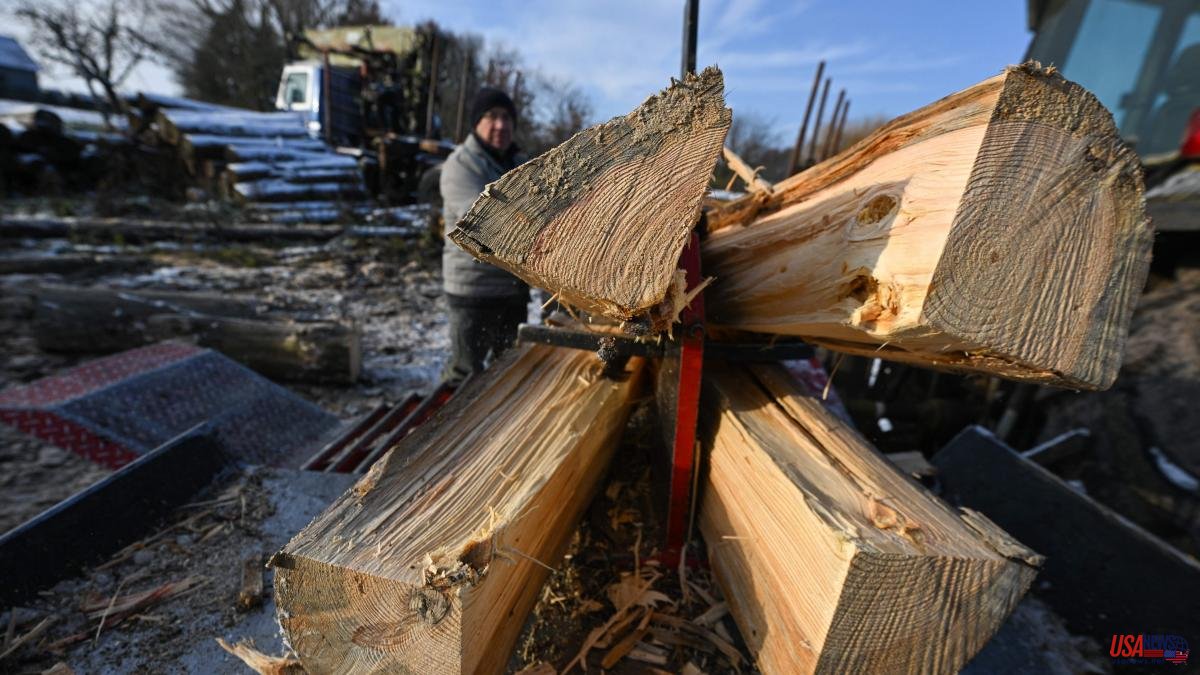 France prides itself on being a nuclear power, both military and civilian, one of the many legacies of General Charles de Gaulle. But circumstances –war in Ukraine and lack of foresight in the maintenance of its atomic reactors– have caused many French people to turn to firewood for fuel this winter.

As of yesterday, and until April 30, 2023, there is a mechanism to request the so-called firewood check from the State, a subsidy of up to 100 euros a year to buy logs or 200 euros in the case of wood granules -the pellets– to feed homes and stoves. These natural products have become very expensive due to strong demand. This is one of the numerous public aids to cope with the difficult energy and geopolitical situation.

The French always expect a lot from the state, and this latest protection measure further consolidates a prevailing national philosophy that is hardly compatible with budgetary rigor, but which seems necessary to maintain an ever-fragile social peace in a country prone to violent protest.

The Ministry of Economy calculates that some 2.6 million French will be entitled to the firewood check. This represents 70% of the family nuclei that use firewood or pellets, exclusively or partially, for heating. To be a beneficiary, the maximum income must be 2,260 euros per month for a single person and up to 4,750 euros for a couple with two children.

The Rural Families association was congratulated on the new aid. "Justice has been done, it's good news," said its president, Jean-Baptiste Baud, to the radio station France Info. "The bill for inflation is not the same for everyone and it hits households in particular in the media rural,” Baud added.

Subsidizing firewood is, in effect, a nod from President Emmanuel Macron and his government to rural France. The head of state has never been popular outside of urban agglomerations. People consider him too Parisian, belonging to a technocratic and intellectual elite disconnected from the deep reality of the country. The yellow vest revolt, in 2018 and 2019, was due, in part, to this perception. There was much discomfort when they tried to impose the eco-tax for gasoline and diesel, and indignation when the speed limit was lowered, from 90 to 80 kilometers per hour, on departmental highways with only one lane in each direction.

The intensive use of homes and wood and pellet stoves is due to the rise in gas and electricity prices as a result of the war in Ukraine, and also to the fear of shortages and blackouts in January. The Government carried out an awareness campaign that generated alarm. Macron himself censured his Cabinet for spreading exaggerated fears.

The truth is that the supply is not guaranteed in the phases of maximum consumption, despite the fact that France imports electricity from its neighbors more than ever. Yesterday, 13 of the 56 French atomic reactors were still stopped for maintenance and repairs. The figure has been falling rapidly in recent weeks due to pressure from the Executive on the state company EDF.

Faced with uncertainty, many French prefer to trust more in firewood than in uranium. And the Government has taken note by alleviating the bill.