Enel announces a divestment plan of 21,000 million in 2023 that includes Endesa's gas business

The Italian multinational Enel has announced this Tuesday that Spain will be one of the countries in which it will focus its commitment to the renewable energy business together with Italy and the United States. 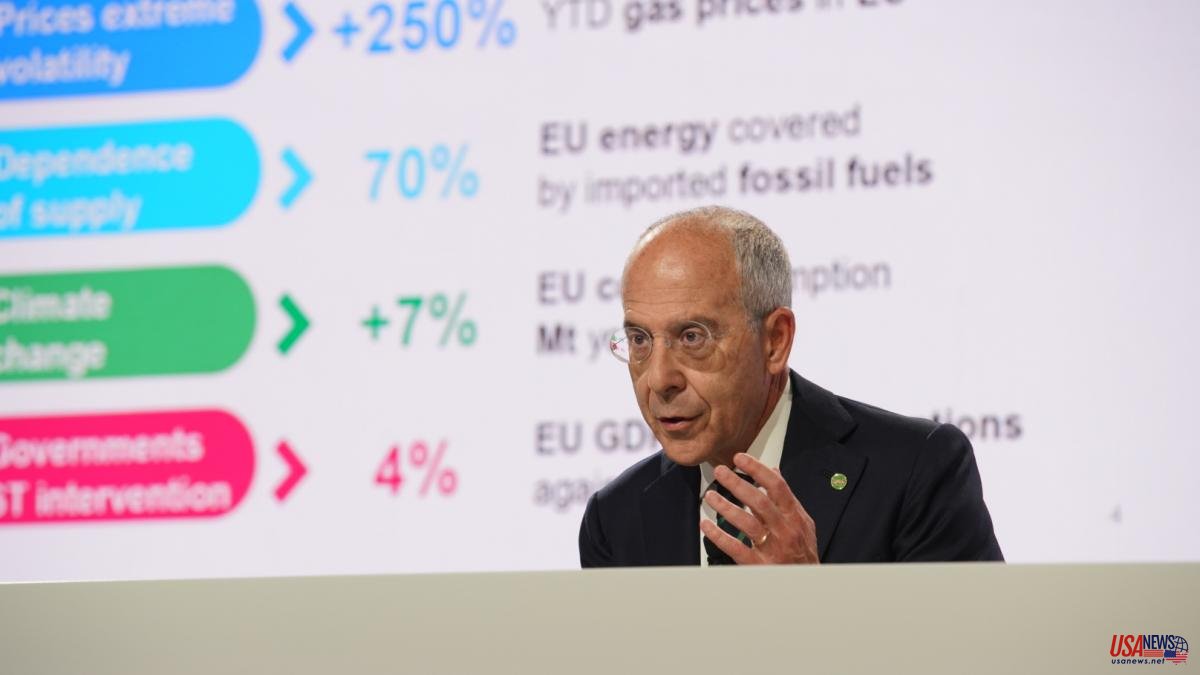 The Italian multinational Enel has announced this Tuesday that Spain will be one of the countries in which it will focus its commitment to the renewable energy business together with Italy and the United States. Thus, the 2023-2025 strategic plan presented to the market during its Capital Markets Day contemplates an investment in Endesa, its Spanish subsidiary of which it owns 70% of the capital, 8,640 million euros of the 37,000 million euros that it plans to invest in the next three years.

Along with this investment strategy, Enel has announced a strong asset sale plan with which it intends to obtain 21,000 million euros that will be used to pay off its debt and invest in clean energy in what it considers to be its six reference markets. The aforementioned Spain, Italy and the United States are joined by Brazil, Chile and Colombia in Latin America.

"In the next three years, we will be focused on integrating our business model, driven by digital development and focusing on the geographies that give us the most value and, despite the complicated scenario, betting on strengthening financial ratios", assured Francesco Starace, CEO of Enel, before the shareholders.

One of those markets that Enel trusts is Spain. Contrary to what was stated by its competitor Iberdrola a few weeks ago, the management team of the Italian multinational sees no business opportunities in Spain other than regulatory risks. “We trust the regulatory market in Spain and Portugal, there will be no big changes. It makes perfect sense to invest in renewables in these two markets, also taking into account that we have a large customer base and we also want to insulate both markets from the risk of gas and coal commodities. We are going to accelerate this trend, the same as in Italy, as we have authorizations" they have assured from the Italian multinational.

Thus, Endesa will receive a total investment 15.2% higher than that assigned in the previous strategic plan that contemplated the previous strategic plan between 2022 and 2024. Regarding divestments, Enel has accelerated the already announced exit from the gas business. Specifically, it expects it to be completed in Spain before the end of 2023, as well as the exit from Argentina and Peru and the sale of assets in Romania.

The company has reiterated that the sale of the gas portfolio in Spain, where Endesa is now the second operator in the market with a 20% business share, "has nothing to do with the regulatory framework, or what Spain is going to do with the gas rate, it is a broader concept” they have assured. “Electrification is going to replace gas in consumer spending, it is a trend that is going to accelerate, due to this enormous “shock” that gas is creating in the energy market. We must leave ahead of schedule and also in Spain”, they explain from Enel.