End of the independence unit, and now what?

What has now been broken was forged in 2015. 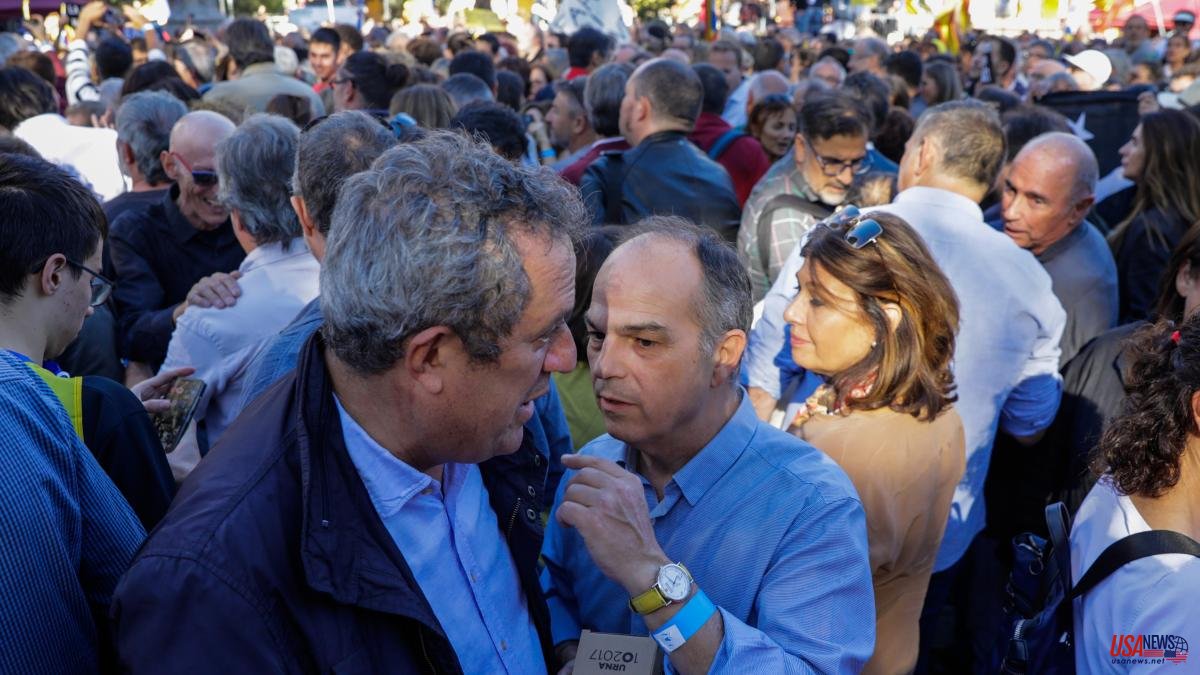 What has now been broken was forged in 2015. Whatever happens to the Government of the Generalitat, whether Junts decides to abandon it or not, this crisis certifies the end of the independence unit and opens up a series of questions in the short and medium term:

In June 2015, Artur Mas starred in a meeting in Molins de Rei in which he released a phrase that left his people frozen: “Don't think about a list of the president. Think, if necessary, of a list with the president”. For months there has been talk of a single candidacy of the independence movement for the elections of September 27. The independence wave is boosting ERC and not so much Convergència, as has been seen in the European elections a few months earlier, the first ones won by the Republicans. Oriol Junqueras resists, but the pressure is enormous. The "revolution of smiles" is at its peak. He relents when Mas agrees to go from number four on the list. Junts pel Sí is born. But Junqueras never liked the idea. He did not believe that together they would achieve better results than apart and he considered that part of his electorate would punish so much intimacy with a party accused of corruption and that would hinder the growth of ERC in leftist fishing grounds. He saw the joint list as a ploy by the convergents to disguise their electoral fall. Well, since 2015, ERC has been trying to throw off that yoke.

Undoing that tie has not been easy for the Republicans. At first, its leaders suffered crude reproaches from a militancy still impregnated with the emotional climax of 2017 and the reaction to the subsequent sentence of the procés. The first inflection occurred when the Republican Roger Torrent rejected Carles Puigdemont's long-distance investiture as president of Parliament at the beginning of 2018. It was the first broken link in the chain that united Junts and ERC. Later, many more would come off… until today, when there are hardly any crimped rings left. Along the way, the CUP already got off. So the possible rupture of the Government closes a cycle of political unity of the independence movement that has lasted for seven years.

The exit of Junts can be immediate or towards the municipal ones of May. What consequences will it have for the inheriting party of that Convergència that one day seemed indestructible? The main fear of its general secretary is the internal fracture. Jordi Turull tries to strike a balance between the two souls of the party that, broadly speaking, could be simplified as the one closest to activism, in favor of slamming the door, and the most institutional, which has come to politics to govern. The rhetoric of the procés has promoted the former. That division permeates even the dome, which is unable to chart a course. The consultation of the bases can be sold as an exercise in transparency, but it hides a lack of authority.

Those who advocate leaving believe that the opposition will be able to close ranks and expose the ERC's resignations. Those who defend continuity remember that, although Mas managed to regroup in the opposition, he was the undisputed leader of the first party in the Chamber, conditions that are not met now. And they underline the effects on the party's coffers, on its public visibility and even on defections to lead municipal lists. The crisis of the Government is also the reflection of an internal war in Junts that the consultation of the militancy can reveal, since its result will hardly be so forceful as to sweep the conflict. And, even if it were, the losing side could organize outside the Junts umbrella.

The Republicans hoped that the presidency of the Generalitat would strengthen their political hegemony. But the polls do not reveal a clear takeoff. So some have concluded that their management is not valued due to the noise caused by the constant disagreements with the partners. And they hope that Junts will lose social influence outside the Executive. It's hard to find someone in ERC who wants them to stay.

Republicans believe that whatever happens, the president has gained authority. The truth is that, if Junts decided to continue, the ministers' relationship with Pere Aragonès would be clouded by the not very comforting scene this week at the Consell Executiu, when they were questioned by the president one by one, as if they were children whom make a prank confess. For ERC, maintaining the coalition means making it clear that its course is not going to change. The most that Aragonès could grant is a reformulation of the coordination bodies between the two parties, but ERC will not change its strategy. Moreover, without Junts, the Republicans believe that the negotiation with Moncloa will advance more smoothly. So the party is already looking for replacements for ministers and high positions that would become vacant. There is even the possibility that the president send an email to those positions that now depend on Junts offering them their continuity if his bosses leave.

But governing with only 33 of the 135 deputies of the Parliament is not easy. The commons and the PSC lend themselves to negotiating the budgets, but they will put a higher price, and more so with elections in sight. After all, ERC was not the party that won the elections, but rather has the presidency because a majority of the Chamber supported the investiture of Aragonès. A majority that does not exist now, although the president, as is obvious, has all the democratic legitimacy to be so. With 33 deputies, Aragonès should make more of an effort than ever to seek consensus in Parliament.

Aragonès asked yesterday in an interview in La Vanguardia that Junts decide now. In reality, the coalition is more in the hands of ERC than of Junts, since it depends on whether the Republicans are willing to give oxygen to their still partners. Moreover, what is decided these days is rather if Junts leaves or if they are thrown out. And the worst thing for both is that many Catalans, whether they are pro-independence or not, do not understand the reasons for the breakup.