Encarna Hernández, 'the girl with the hook', pioneer of women's basketball, dies 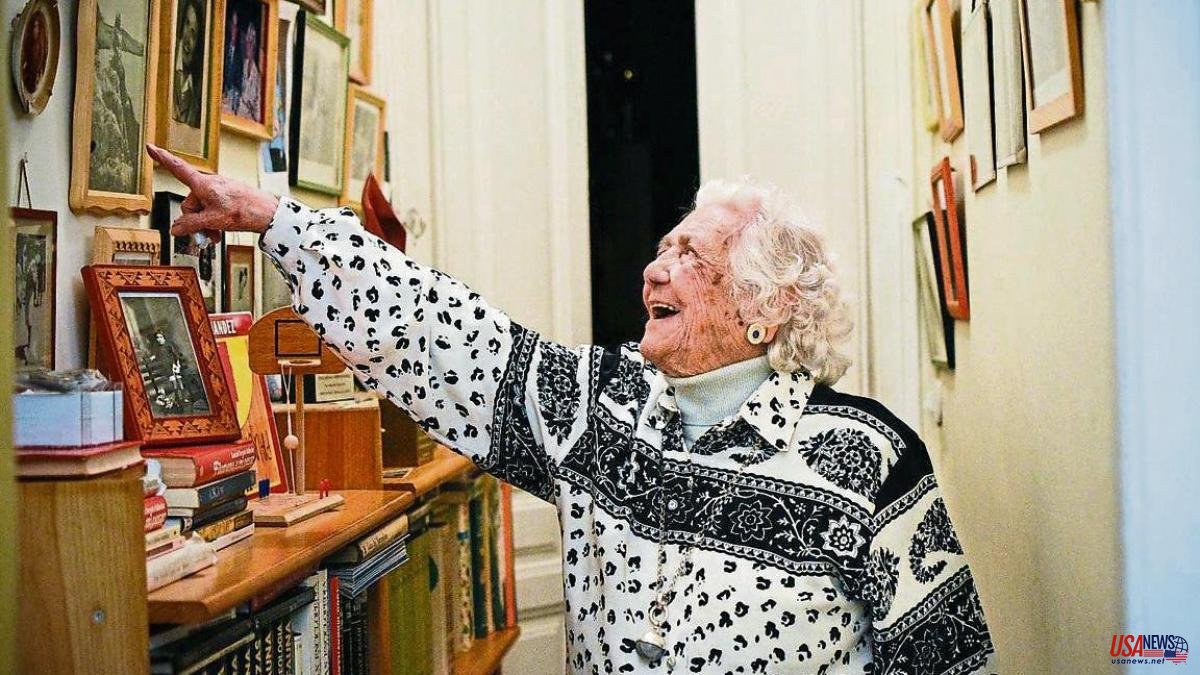 Encarna Hernández (Lorca, 1917; Barcelona, ​​2022), known as 'The girl with the hook', pioneer of Spanish women's basketball, died this Monday at the age of 105. Brave, vital and modern, Hernández was one of the first women to drive in Spain and the first to obtain a coaching license. In addition, her nickname, the girl with the hook, comes from the throwing nobody towards her in her time and that she invented instinctively.

His story became known to the general public in 2016, following the premiere of a documentary about his life. Before, both Barça, the club he played for, and the Spanish Federation had recognized his career with tributes.

The girl with the hook came to Barcelona from her native Lorca when she was ten years old. At thirteen she started playing for Atlas, then went on to Laietà, el Cottet, played for the women's section of the Falange and retired in 1953 as a basketball player for Barça, a team in which she played for the last ten years of her career.

In the aforementioned documentary, he recalls that when he began to play, the courts were leveled with a large iron roller and the baskets were made of wood.

Why did they call her 'the girl with the hook'? She said that because of her short stature (154 centimeters) she had to articulate some trick to be able to shoot to the basket and she perfected the hook until it became her best resource.

Encarna Hernández got her driver's license -she was one of the first women to have it in Barcelona in 1946- thanks to her years in the women's section of the Falange. "You had to do six months of work there," she recalls. That time she also earned her to get the title of physical education instructor.

He played for Barcelona from 1944 to 1952 and retired at the age of 36, when he had his son. She was a player, coach, referee and defender of women's sports at a time, that of Francoism, in which neither the National League nor the European Cup existed.

"Barça doesn't even remember that I was there nor do they know that they had women's basketball. One day I went to the museum and there isn't even a Cup. And in the Olympic Museum there is very little. I have the museum in my house!" , he recalled in some statements made when the documentary was presented. For her defense of women's sports, Encarna Hernández received in 2020 the Gold Medal for Sports Merit from the Higher Sports Council (CSD).