The recovery of employment in Catalonia is supported by the tourism sector of the classic sun and beach destinations. 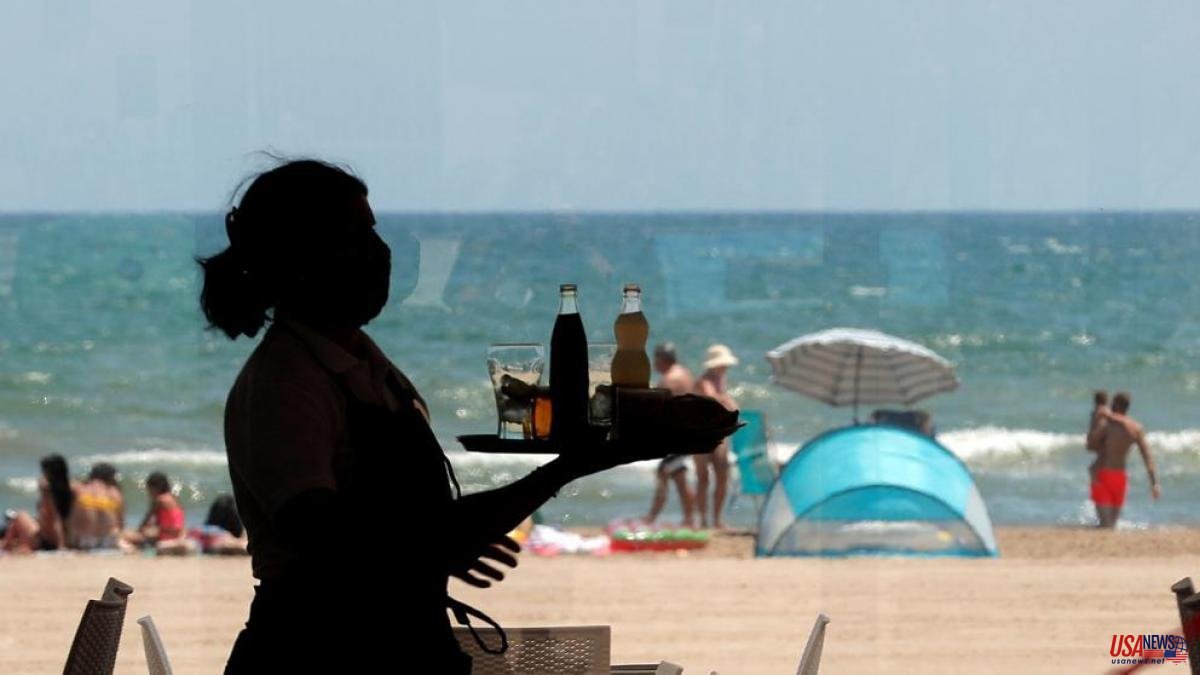 The recovery of employment in Catalonia is supported by the tourism sector of the classic sun and beach destinations. While the European Next Generation funds try to change the classic economic development model, the truth is that affiliation on the coast is already above the pre-pandemic level and the rest of Catalonia and Spain: on the Costa Daurada (Tarragona), a 6, 4% above, and on the Costa Brava (Girona), 5%, according to data from BBVA Research.

These data are higher than the increase in affiliation in the whole of Spain (3.9%) and Catalonia (3.4%). The BBVA Research forecast is that Catalonia will create 140,000 more jobs, with which the unemployment rate in 2023 would remain at 8.5%, a level not seen since 2007, just before the real estate bubble burst. Miguel Cardoso, chief economist for Spain at BBVA Research, said in a telematic press conference that a labor market with a strong weight of construction as in 2007 is very different from one with a great presence of tourism. “The tourism sector is very different from the construction sector: when I sell a service like tourism, I compete with other destinations. That is why tourism is a service that is in competition and has greater added value than construction,” he said.

This strong growth in affiliation on the coast occurs at a time when there is a flight of employees to other sectors with better conditions such as construction, dependency services and even industry. This same week, the Ministry of Labor recommended that companies in the sector raise what they pay their workers to attract labor. According to data from the collective agreement for the hotel industry in Tarragona, the salary of a waiter is not enough for a family of four to escape the poverty line. In addition, the agreement salary has been frozen since 2019, with which the loss of purchasing power is more than 10%. Cardoso reflected that "if companies have to raise wages or improve conditions, they will be able to transfer part of that cost to consumers in a context where consumers are eager for this type of service."

BBVA Research estimates that the Catalan GDP will grow by 4.2% in 2022 and 3.5% in 2023. This year's growth is slightly higher than expected for Spain as a whole: 4.1%. With this boost to activity, Catalonia will recover the epidemic level in 2023. It is the same forecast that the Department of Economy of the Generalitat has, which a few weeks ago delayed the moment of recovery from 2022 to 2023 due to the effects of the invasion Ukrainian Russian.

BBVA Research also detected a certain lower growth in consumption in Catalonia in relation to the rest of Spain. Cardoso justified it by the worse relative behavior of tourism in the city of Barcelona. The latest data shows that VAT collection in Catalonia grew by 11% compared to 21.3% for the whole of Spain.

Despite the good performance of the Catalan economy, BBVA Research warns of the impact that risks such as increased energy costs, high inflation or bottlenecks in supply chains may have. The bank expects the real estate sector to continue its good dynamics in Catalonia, driven by house purchases and the context of low interest rates.