Emmanuel Macron speaks in Cameroon of African "hypocrisy" with Russia

Emmanuel Macron yesterday denounced the "hypocrisy" of African leaders in the face of the war in Ukraine for not daring to designate Russia as the aggressor. 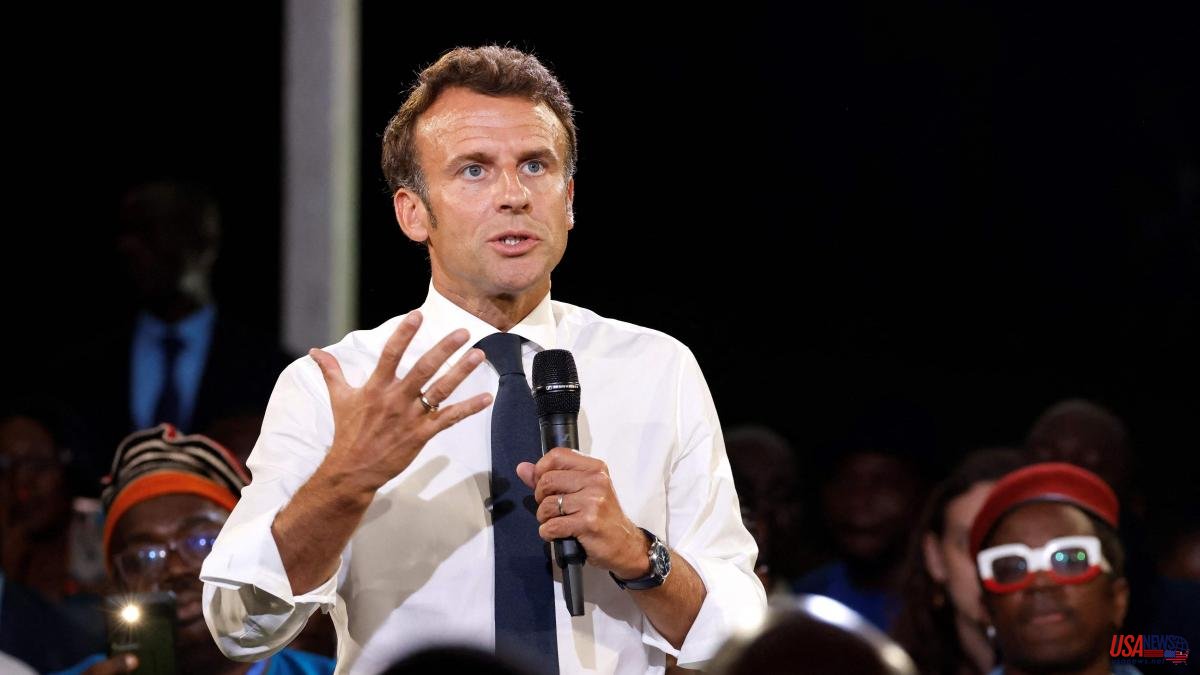 Emmanuel Macron yesterday denounced the "hypocrisy" of African leaders in the face of the war in Ukraine for not daring to designate Russia as the aggressor. The French president, visiting Yaoundé, did not hold his tongue during a press conference with his Cameroonian counterpart, Paul Biya, who, for his part, tried to evasively justify the defense agreement with Moscow , recently renovated.

The appearance of Macron and Biya before the journalists showed the precarious state of the 89-year-old host, who has spent four decades in a row at the head of the African country. Biya did not understand the questions, due to a hearing problem, and the French president repeated them, speaking closer and louder. The Cameroonian leader's voice was hoarse and weak. His current wife, Chantal, was in the front row, smiling, in an ornate outfit with lush reddish hair. She sat on a kind of throne, bigger and higher than the chairs of the rest of the attendees, ministers included.

Macron lamented the Russian propaganda and fake news against France in African public opinion and the presence of Wagner's mercenaries in Mali and the Central African Republic. He mentioned the Russian exploitation of natural resources and the abuses committed by Wagner against local populations.

The French president, whose tour includes Benin and Guinea Bissau, promised that Paris will remain committed to the security of the African continent, despite the "rearticulation" of the French military presence in the Sahel. "No development is possible without peace and security," he stressed. France will continue to support the governments of the region to deal with jihadism. After the abandonment of the bases in Mali, due to its military junta's rejection of the French soldiers and its new alliance with Russia and Wagner, Paris will use Niger as a center of operations. Macron insisted on expanding the scope of the French intervention to the countries of the Gulf of Guinea, increasingly threatened by the offensive of Islamist terrorism.