Emily Ruskovich: "As a child, I could go for days without talking to anyone"

Emily Ruskovich has made her debut with “Idaho” (Random House) and has done so with a bang. 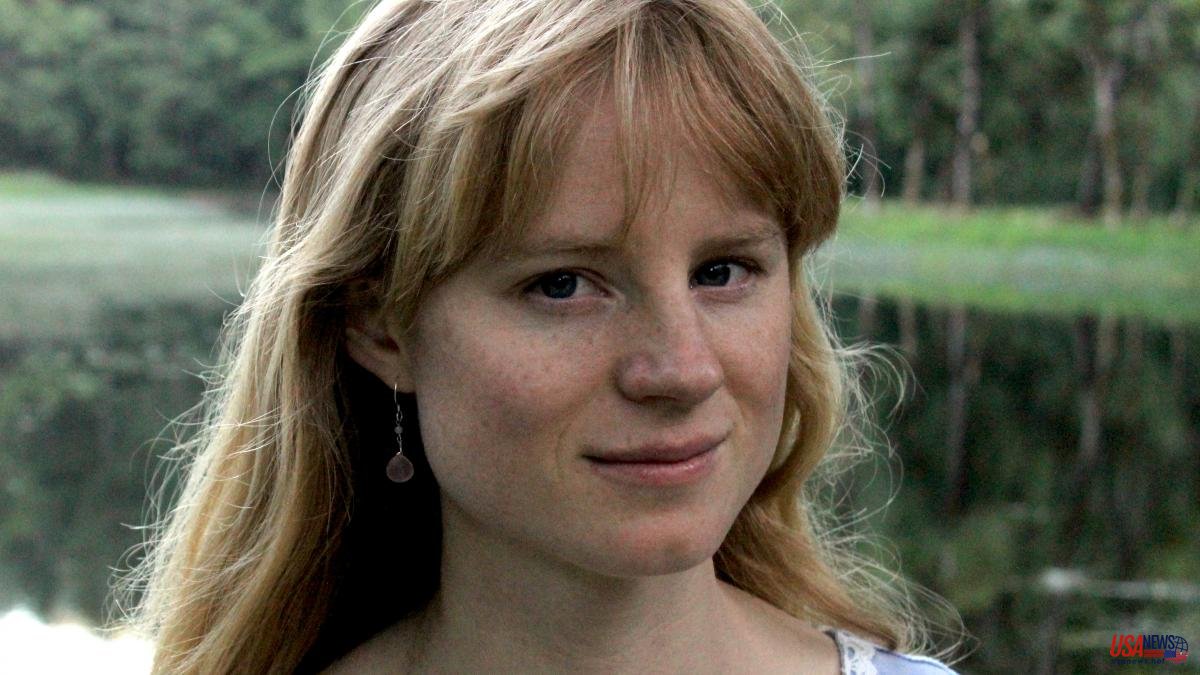 Emily Ruskovich has made her debut with “Idaho” (Random House) and has done so with a bang. With it she won the International Dublin Literary Award 2019 and with it this 36-year-old woman who attends us from her house in the mountains of Montana has put the public and critics in her pocket.

The beginning of the story - watch out for the trap - could not be more peaceful: some parents and their children traveling by truck collect firewood in a clearing in the forest. We are in 1955 and the appearance is clamor. But something shocking happens that ends with a death.

Nine years later, Anne, second wife of the father of the family, reflects on all that past that is like a slab for him. The mother of the children in the event was sentenced and he begins to feel the first claws of early dementia. It is Anna who will try to piece together the whole puzzle.

-You grew up in the mountains of Idaho. How is life there, how to define its landscape?

The landscape is extremely beautiful, wild. But the community where I grew up was very secretive, quiet. In the 48 hectares that my father bought, you could always feel in danger. I only remember two friendly neighbors, the rest were hostile. There was a lot of drugs, conservative people with guns.

I only felt safe when I was alone. So that, as a child, I could spend entire days without speaking to anyone.

Has that determined your decision to be a writer?

I think so, in my mind that mix of beauty and danger from the place where I grew up is still haunting. That gives a lot of imagination.

Special thanks to Alice Munro for her influence…what has she taught you?

It has taught me that the most interesting stories are usually silent. They occur in ordinary people, on foot, whose souls are deep.

Both she and Maggie O'Farrell (with whom she has also been compared) have been interested in topics that may seem minor. For domestic life, the family as a nucleus, day to day. Is that where the things that mark you the most happen?

At first it may seem trivial, but I think so. Of course, world politics affects us, but what marks us is what happens in private, the intense love, the losses we suffer, the anger, the lost homes in the middle of nowhere...

How is it possible for an episode as devastating as the one you describe to lead to paths that speak of love, redemption and light?

-I'm glad that this is detected, that's the point of the book! Finding a path of light after horror, that makes me happy. At first I encountered such hard and dark material - losing a child - that without hope I would not have wanted to publish this book.

Do you believe in redemption?

Even for someone who did something horrific. I would be incapable of forgiving my character, but there are those who can…my characters are better than me, they know how to forgive.

The father of the family, Wade, suffers from dementia praecox.

The first time in my life that I heard the word Alzheimer I was about seven years old. I asked my mother what it meant. She told me “it is a disease that steals your memory”. I felt that it was the worst, nothing so horrible. From there my heart opened to these beings: sometimes they become virulent but they are not. We are afraid of someone who acts differently from us.

You are a mother. Has that helped you understand any of the situations you describe?

It's funny, I wrote the book before I became a mother. Then there are those who have asked me if I did not write too violent things. I didn't need to be a mother to know that killing your child is the worst thing in the world.

In the end, two women who could have been enemies share space and conversation. We all have the right to a second chance?

Jenny doesn't think she deserves anything, any joy in this life. She would like to die for what she did.

Don't you judge your characters?

That's why I wanted, in the end, to share a space in a car with a woman who has always loved her. It is sorority.

Have you met someone whose story, after reading your book, has left you shocked?

A reader came up to me, crying, and said “I'm glad they didn't find June” because her brother had also disappeared as a child and was never found. "I felt relief," she told me. I also started crying.

What does it feel like when readers get involved in such a private way?

It is beautiful and terrible. I remember that another woman wrote to me from prison. I did not know then what crime she had committed, I found out later. A murder. And yet her letter was tender. I was not able to answer him. I think of her many times and I would like to have the courage, in the future, to be able to answer her...

Are you overwhelmed by such a successful debut or are you already involved in another book?

I am grateful, I have written the book I wanted to write. Later I started two more novels but in that time I have given birth to two children I couldn't cope with everything. I think now I'm starting to catch up. I don't link to what doesn't interest me, I'm not on social networks, I don't know the fashions, I don't know what they want me to write or I don't care, remember that I live in the mountains of Montana...