'Elvis', the life of the white singer with a black voice

With Bohemian Rhapsody (Bryan Singer, 2018), Hollywood found a gold mine, that of the biopics of the great music stars who sang, succeeded and had eventful lives. 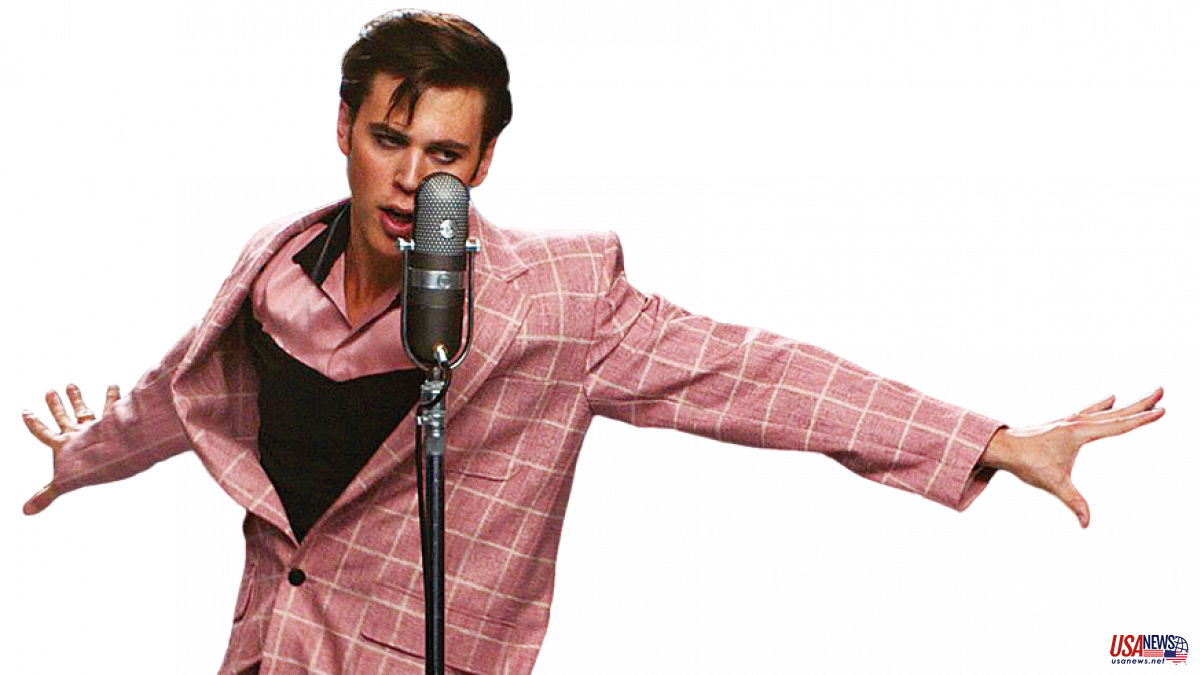 With Bohemian Rhapsody (Bryan Singer, 2018), Hollywood found a gold mine, that of the biopics of the great music stars who sang, succeeded and had eventful lives. The film industry is not going to stop exploiting that vein and Elvis Presley was the ideal candidate to continue on the path: the king of rock sang with his wonderful black voice, triumphed and died young, at 42, due to excessive medication consumption.

Baz Luhrmann turned musical cinema on its head with his innovative and fabulous Moulin Rouge (2001). Warner could not find a better director for its new ambitious project. Tom Hanks is one of the most established stars on the world acting scene and entered the business to play Colonel Tom Parker, Presley's manager.

Finding the perfect Elvis was a bit more complicated. Luhrmann wanted Austin Butler, a young actor seasoned in youth television series, but the studio did not see it clearly: "After carrying out tests for five months, my head was already spinning," recalls Butler, who, despite that dizziness , was done with the paper. The role of his life.

The ingredients were served. All that remained was to make the sauce. It was a long process of cooking with the pandemic in between, the result of which is Elvis, one of the great bets of the season that arrives today on Spanish screens.

And of those ingredients, Butler is the tastiest, the one that works best. The actor is impressive as the Elvis who, thanks to "being a white man with a black voice," comes out of the Memphis ghetto where he spent his childhood to dazzle the young people of the 50's generation with his music and hip movement. Butler is Presley and he even sings like Presley, two solo songs and another, That's All Right, in a duet with the late king of rock.

That Bohemian Rhapsody also found a perfect Freddie Mercury in Rami Malek, but the film had something else, a long finale, the recreation of Queen's performance at the Live Aid concert at Wembley Stadium in 1985. Luhrmann achieves some interesting moments in the first part of Elvis, when he places the boy singer in a gospel mass or when he lets the King, already triumphant, escape to a bar from his youth where the music vibrates through all the walls. But the concerts in Las Vegas by the veteran Elvis do not reach the intensity of that end of Bohemian Rhapsody.

The sauce just doesn't curdle. Some of Presley's best-known songs are missing from the soundtrack. Also, there is a lump where it was least expected. Hanks is a great actor, but his character is a pain in the ass. The weight of the script falls on that Colonel Parker, who is narrator and protagonist at the same time. Too much Parker here and there for an audience that is much more interested in listening to Elvis' songs and learning about his life than in knowing about the cacicadas of the villainous colonel who bossed the star around.