"Spanish girl offers herself as a wife to the Cuban who writes her the most beautiful love letter in the world. 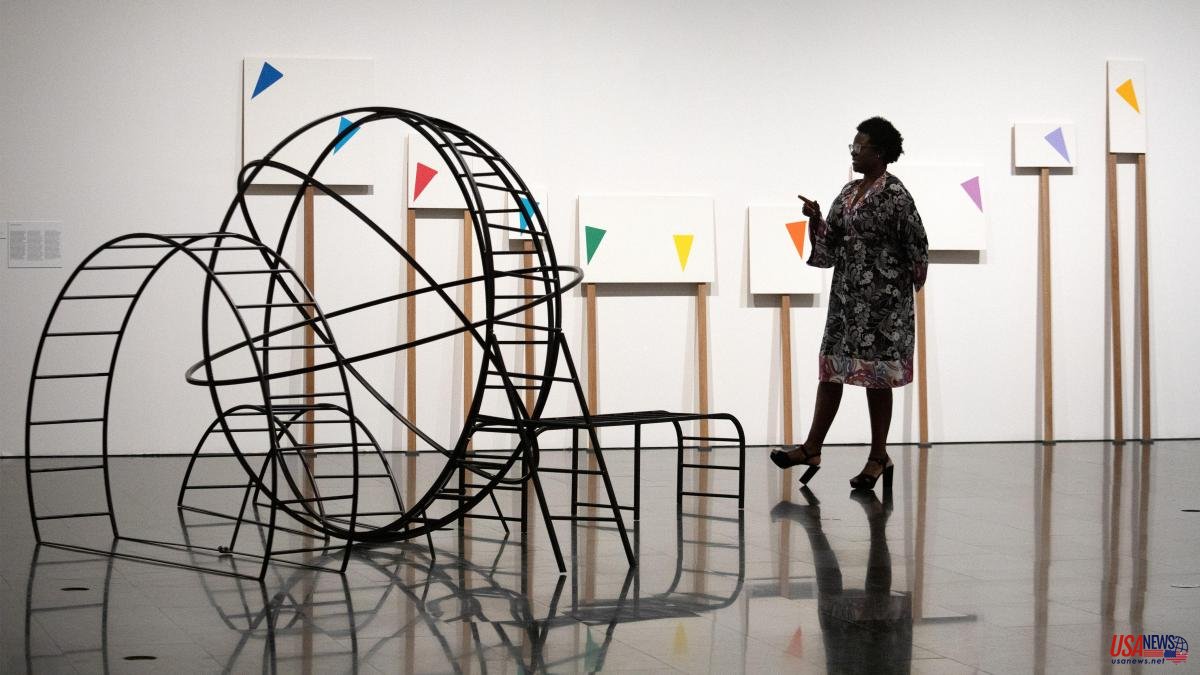 "Spanish girl offers herself as a wife to the Cuban who writes her the most beautiful love letter in the world." In 2008, Núria Güell (Vidreres, 1981) circulated the ad throughout the island inserted in a card decorated with little bows and hearts. She would also assume the expenses of the wedding and the ticket to Spain for her future husband. He appointed a jury of jineteras to make the selection and a few days later he married Yordanis in a civil ceremony ("Do you want to be my flower? Let me be your gardener", was the letter that moved the jury), who in turn he promised to be at the artist's disposal - to accompany her to exhibition openings and the like - until she obtained Spanish nationality. Only then could they end their marriage. Five years later they divorced.

Humanitarian aid, the title of a lively project that is not exempt from risk (in Spain, this type of union is punishable by jail) is now part of the MACBA collection and the letters of the applicants or the video that explains and reflects on everything The process can be seen, in the privacy of what appears to be the living room of a modest Havana house, at the end of Intención poetica, the new presentation of the museum's collection and the first under the mandate of its current director Elvira Dyangani Ose. It can be visited for free during five days of open doors, from December 14 to 18.

Güell's piece is located next to the disturbing domestic space Mobile Home (2005) by Mona Hatum and Lines in the Sand (2002), a historic installation in which Joan Jonas talks about reality and fiction based on the myth of Helen of Troy. The chronological arrangement of the works is over – at least for the moment – ​​as the collection has been showing itself in the last five years. A thematic tour is also waived. “Is it possible to have a museum that puts the works and their ways of experiencing the world at the center of everything?” asks Dyangani Ose. And as the first testing ground, she proposes Poetic Intention, an exhibition where the works not only speak for themselves but are related to others, establishing sensory games and intimate connections between them that are only visible in the eyes of the viewer.

But this is not the only change that will be found by the visitor who, starting today, goes through the doors of the Macba. For the first time, the museum's collection opens its doors to young Catalan artists, an old demand that has now been possible thanks in large part to contributions from the Generalitat and the Fundació Macba, as well as the acquisitions policy promoted by the City Council with the double objective of supporting the cultural fabric in the face of the coronavirus crisis and patrimonializing generations underrepresented in public collections.

In addition to that of Núria Güelll, works by Regina Giménez, Mar Arza (Nothing repeated, a poetic gesture consisting of perforating words from Carmen Laforet's novel), Bernat Daviu (an installation of mobile phones in which dancers dressed in painter's overalls dance before paintings by Ettore Spalletti, Robert Ryman, Gerhard Richter and Sean Scully) or, among many others, Fito Conesa with Helicon, a video in which a band made up of seven musicians invokes the end of the world on the shores of a gigantic artificial lake formed by remains of mining activity in La Unión (Cartagena).

Among the recent acquisitions are also the drawings that Antoni Llena made during the confinement, the sculpture of an inflatable sculpture on a real scale of the emblematic golden onyx wall of the Mies Pavilion, the work of Lúa Coderch or the installation by Iván Argote that recovers the experience of his father teaching children to be good activists. Many others will be incorporated in the coming months as a result of a new conception of the collection that is intended to be dynamic and changing. While the exhibition lasts, Luz Broto will build a wall that will go up from the atrium to the second floor until it completely blocks access.

Dyangani Ose says he will continue working to achieve this possible museum that he announced upon his arrival, now a year ago: in the future he hopes that the museum will be a place to live, that the atrium will be an extension of the square that can be accessed from free of charge and this same season it will launch the Mobile Garden, a space available to the residents of the Convent del Angels for community projects that will have Urban Recipes, a platform created by the guerrilla architect Santiago Cirugeda to put urbanism at the service of the citizens.

Regarding the 2023 season, the Macba will have a budget of 12,831,366 euros (two more than in 2022, one of which will be used to cover the increase in energy expenditure), and will have exhibition proposals from the Moroccan resident in Berlin Bouchra Khalili, the Brazilian Laura Lima, a joint project by Denise Ferreira da Silva and Arjuna Neuman, the New Yorker Nancy Holt, the Algerian Lydia Ourahmane and the Barcelona artist based in Rio de Janeiro Daniel Steegmann Mangrané, as well as an exhibition on the Visual magazine curated by Juan Bufill.