If any wedding sometimes raises serious diplomatic problems (who to invite and who not, at which tables to sit the guests, offer or not a vegan menu for those who have that disposition. 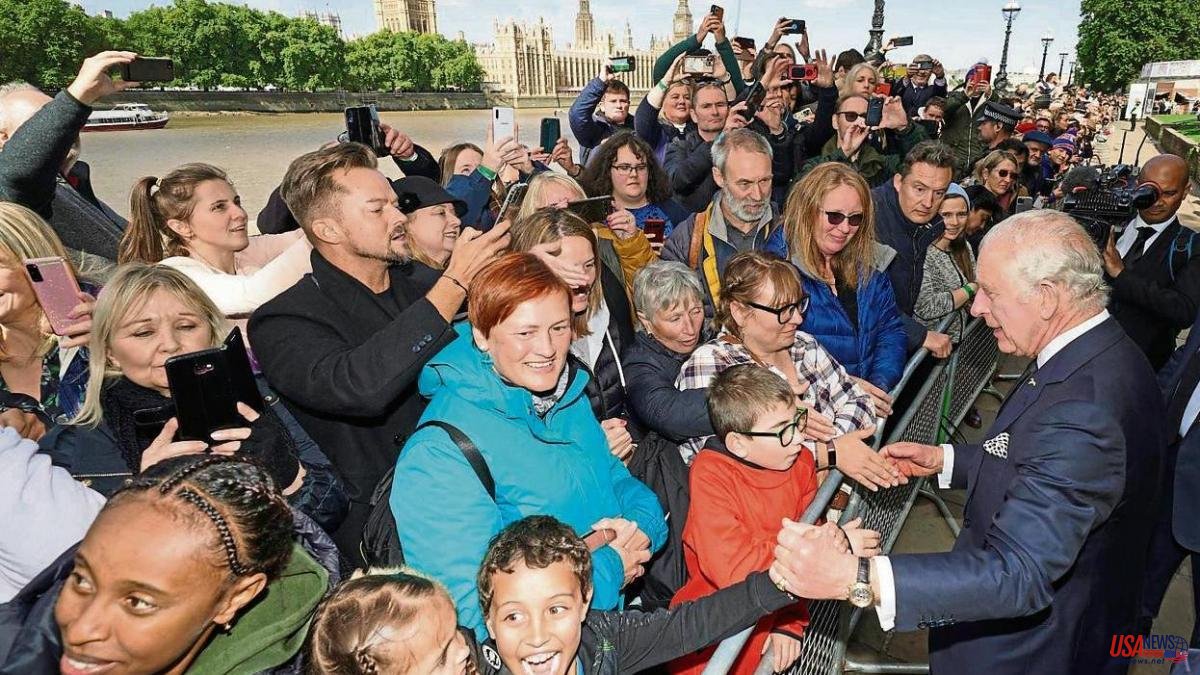 If any wedding sometimes raises serious diplomatic problems (who to invite and who not, at which tables to sit the guests, offer or not a vegan menu for those who have that disposition...), let's not say the biggest funeral after the biggest long duel that history has known, with the presence of representatives of almost all the countries with a flag in the UN, some of them irreconcilable enemies among themselves.

British Prime Minister Liz Truss was going to have her international baptism of fire starting Tuesday next week in New York, on the occasion of the UN General Assembly. But events have wanted that, a few days before, the world comes to her instead of her having to go to the world.

At today's reception prior to Monday's funeral, he will establish a first contact with the North American president Joe Biden and the French Emmanuel Macron, although he will not go into the matter of the problems of implementing the Brexit agreements with respect to Northern Ireland, the opposition of the White House to unilaterally break them, as a threat, the increase in illegal immigration through the English Channel, fishing or the fact that the United States is dragging its feet to negotiate a trade agreement with the United Kingdom. Thorny issues all of them, but discrepancies between friends and allies.

As far as enemies are concerned, London has not extended invitations to Russia, Belarus, Syria and Myanmar. And just as the last three countries have not made it a casus belli , Vladimir Putin has made his displeasure clear, for understanding that the queen's funeral has nothing to do with the war in Ukraine, the blockade of shipments of gas to Europe and the assassination of Litvinenko. The Royal House and the Foreign Office have also not sent cards to Venezuela, Nicaragua, North Korea and Iran, with whom London has terrible relations, but they may be represented by their ambassadors if they so wish.

Diplomacy between Great Britain and China is very complicated by the issue of human rights and industrial and cyber espionage, to the point that the speaker of the House of Commons has prevented access to the room with the coffin of Elizabeth II to the delegation of the Asian country, with Vice President Wang Qishan at the head (instead, he will be able to go to the funeral). Beijing has said it considers it an unnecessary offense.

But the most sensitive issue of all is the announcement by the Middle East media, and confirmed by the Saudi embassy in London, that Crown Prince Mohamed bin Salman, believed by the CIA to be responsible for the murder and dismemberment of journalist Jamal Khashoggi in the In 2018, he plans to come to the English capital to personally offer his condolences to King Charles III, with whom he has a good relationship (the British monarch recently starred in a scandal for raising funds at the Riyadh court for his charities). What is not known is if he will attend the funeral.

Human rights groups and Khashoggi's ex-fiancée Hatice Cengiz say his presence "will be a stain on Elizabeth II's memory" and is a "crass attempt by bin Salman to use mourning to gain legitimacy." and normalize diplomatic relations. Both Washington and London raise their hands over the abuses of the Saudi regime, the brutal persecution of dissidents, medieval-type executions and the treatment of women, but at the same time they sell weapons and buy oil. Business is business.

"What the UK would have to do is stop the prince as soon as he sets foot on British soil, but it certainly won't," says Cengiz.