Elizabeth II became queen during a tour of Africa, in colonial Kenya in 1952, dominated by around ten thousand British who controlled the economy, the government, the courts, the police and all the institutions, they owned the best land and they lived in the so-called White Highlands, the fertile region in the center of the country. 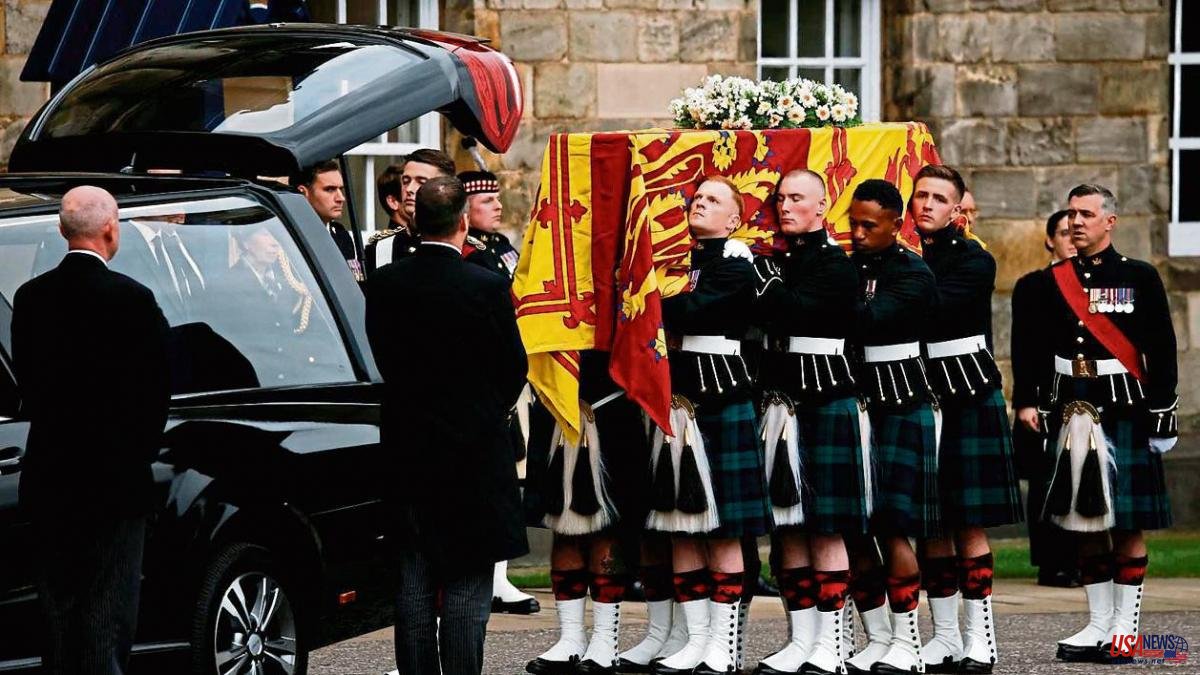 Elizabeth II became queen during a tour of Africa, in colonial Kenya in 1952, dominated by around ten thousand British who controlled the economy, the government, the courts, the police and all the institutions, they owned the best land and they lived in the so-called White Highlands, the fertile region in the center of the country. A decade later, after the Mau Mau rebellion, a lot of repression, a lot of blood and the occasional massacre by the colonial masters, the country celebrated its independence.

Ten years after the coronation of the recently deceased monarch, not only was Kenya independent, but also Kuwait, Sudan, Malaysia, Ghana, Cyprus, Nigeria, Somaliland, Tanganyika (now Tanzania), Zanzibar, Jamaica, Sierra Leone, Uganda and Trinidad. and Tobago. Countries – some no longer exist as such, have changed their names or have been integrated into others – that, despite everything, have remained and remain in the orbit of the Commonwealth. Isabel managed that transition with dignity, the progressive cracking of the empire.

Charles III ascends the throne as King of the United Kingdom of Great Britain and Northern Ireland, and Head of State of fourteen other countries. Some will cease to be. The Prime Minister of Antigua and Barbuda, Gaston Brown, has already announced, without much room for diplomacy, the convocation within three years of a referendum to become a republic, as Barbados did recently. Jamaica and other Caribbean nations could follow, in a domino effect.

As the coffin containing Elizabeth's remains left Balmoral Castle on its way to the Palace of Holyroodhouse in Edinburgh, and thousands of Scots said a last goodbye from the highways and village streets on a six-hour journey, Charles III received in audience with the representatives of the 56 countries of the Commonwealth, the vestiges of a twilight empire in which the sun is about to set completely.

William himself, elevated to Prince of Wales with the game of thrones after the death of his grandmother, recognized after the disastrous tour of Belize, Jamaica and the Bahamas last March that he may never become head of the Commonwealth.

Canadian Prime Minister Justin Trudeau has been seen on the verge of tears, and New Zealander Jacinda Ardern visibly apologetic. But the arrival of a new English king after a seventy-year second Elizabethan era will inevitably fuel pressure for both countries to break away from the British monarchy. Even more so Australia, whose prime minister (Anthony Albanese) is a Republican, who already held a plebiscite in 1999 (with 55% in favor of the status quo, the same percentage as in the 2016 Scottish referendum), and with another in the of gestation. Adam Bandt, leader of the Greens (third party in the country and a member of the government coalition) wants this to happen as soon as possible.

William and Catherine's early spring tour of the Caribbean indicated how outdated the Windsors' (and the UK's) lack of contrition for the legacy of colonialism and slavery has become, considering that three monarchs (Elizabeth I, Carlos II and Jaime II) participated and benefited directly from human trafficking, and two others (George III and Guillermo IV) defended the system and delayed the abolition as long as they could. The blacks who arrived in the Caribbean on the ships of the Africa Company had the initials DY, property of the Duke of York, branded on their bodies. In the time of

But for Brexiteers, the death of Elizabeth and the proclamation of Charles III as head of the Commonwealth (encompassing 2.5 billion people, the vast majority of whom are non-white) has fueled the dream of empire 2.0, of a global and buccaneer United Kingdom, as in the days of Captain Drake and his battles with the Dutch and Spanish galleons, a "Great Britain", detached from continental Europe, a redoubt of low taxes and minimal regulations, with its own commercial laws. Far from preparing to bury the ashes of the past, that rough half of Britons, represented by one of the most right-wing governments in national history, is clinging more than ever to nostalgia for a world that has ceased to exist. And that is not the one that Carlos III inherits. A clash between reality and fiction.