Elizabeth II, the longest-serving queen in the history of the United Kingdom

Queen Elizabeth II of England, who died at Balmoral Castle at the age of 96, has been the longest reigning monarch in the United Kingdom and the second longest in the world. 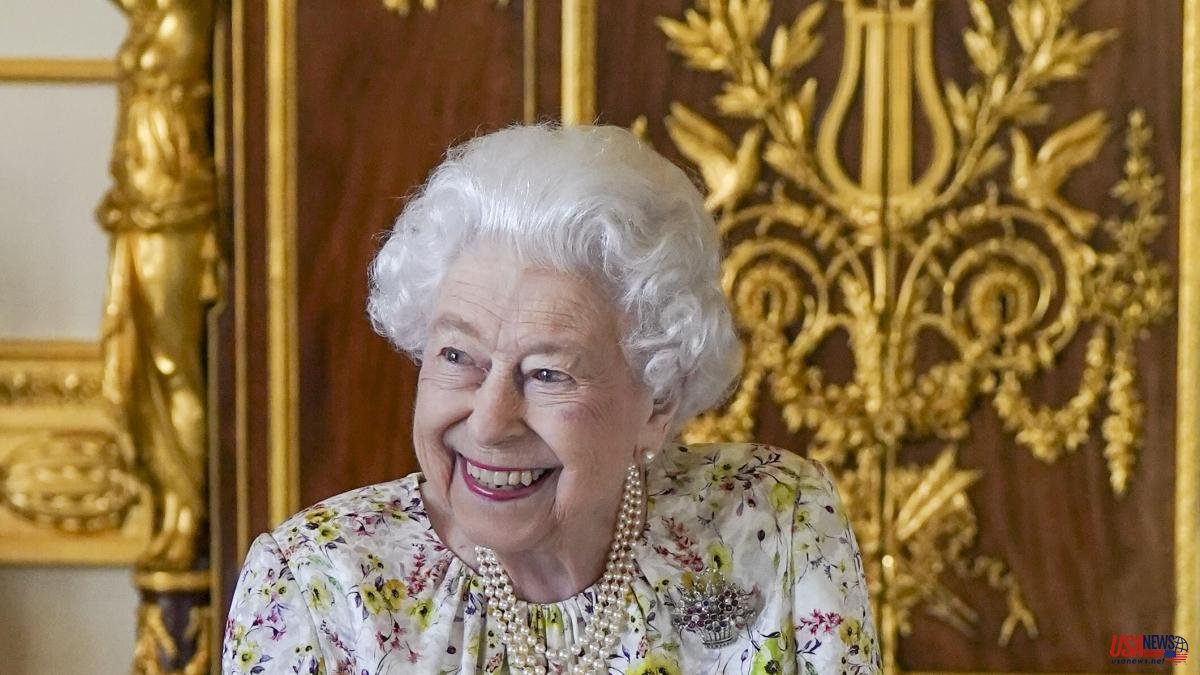 Queen Elizabeth II of England, who died at Balmoral Castle at the age of 96, has been the longest reigning monarch in the United Kingdom and the second longest in the world. After 70 years on the throne, it is hard to remember that the sovereign of the United Kingdom of Great Britain and Northern Ireland and the states that make up the Commonwealth was not even destined to reign. With her death, one of the last great figures of the 20th century disappears.

We review some of the most relevant moments of his life:

Born in 1926, Elizabeth was the daughter of the second son of King George V, which is why she grew up in an environment that was more bourgeois than royal. However, her fate changed after her uncle Edward VIII abdicated the throne in 1936 to marry the divorced American socialite with some sympathy for Nazism Wallis Simpson.

In 1947, two years after the end of World War II, she married Navy Lieutenant Philip Mountbatten, a Greek prince with whom she had fallen in love during a visit to a naval college when she was just 13 years old.

In 1948, their first child, Prince Charles, was born. Two years later, in 1950, Princess Anne would come into the world.

After her marriage she went to live with her husband in Malta, where he was stationed. But her princess years were short lived. On February 6, 1956, her father passed away at the young age of 56, making her queen at just 25 years old. Her death occurred while Elizabeth II was visiting Kenya, then still a British colony. That night, the then-princess she slept at the Tree Top Hotel, a luxurious establishment built in the tops of a tree without knowing that, at dawn, she would descend as monarch of a decaying empire. The famous hunter Jim Corbett, invited by the princess during her stay, wrote in the visitors' book: "For the first time in the history of the world, a girl climbed a tree one day as a princess and, after having what she described As her most exciting experience, she came down from the tree the next day as queen: God bless her.”

His coronation ceremony, on June 2, 1953, was the first in history to be broadcast live on television. It is estimated that 27 million Britons, out of a total of 36 million inhabitants, followed the event and 3 million lined up to see it pass from the British Parliament to Buckingham Palace.

In 1960, Elizabeth II would give birth to her third child, Andrew, making him the first child born in Buckingham to a sitting monarch since 1857. Her last child, Edward, would be born in 1964.

In 1965, he paid a ten-day official visit to the Federal Republic of Germany, the first by a British royal since 1913. His visit marked the 20th anniversary of the end of World War II and helped symbolize reconciliation between the two countries. .

Before 1970, a British monarch had never walked in public. It happened during a trip to Australia and New Zealand, when Elizabeth II decided to break with a centuries-old tradition and went to greet the crowd in person. Since then, this type of walk is common among British royalty.

On June 7, 1977, Elizabeth II celebrated her Silver Jubilee at Saint Paul's Cathedral, marking her first 25 years of reign. During her speech, the monarch reread the oath to dedicate her life to serving the British made during her coronation and she declared that she did not regret her words.

On July 29, 1981, some 750 million people around the world watched on television what became known as "the wedding of the century" between Elizabeth II's eldest son and heir, Prince Charles, and a very young Diana Spencer, who she would go on to become Diana, Princess of Wales. On June 21, 1982, Prince William was born.

The year 1992 was baptized by the monarch herself as the “annus horribilis”. That year the princes of Wales, after years of deterioration of their marriage due to Carlos' affair with Camilla Parker Bowles and Diana's maladjustment to the oppressive life of the palace, announced their separation. That same year, her son Andrés and her daughter Ana also separated. As a climax, at the end of 1992 a fire destroyed more than 115 rooms of the queen's residence at Windsor Castle.

On August 31, 1997, Princess Diana of Wales died in a traffic accident in Paris when the vehicle in which she was traveling with her partner Dodi al Fayed collided with the wall of a tunnel while trying to flee from the paparazzi. The late reaction of the monarch to the tragic death of the charismatic Lady Di generated what has perhaps been one of the greatest crises of the British royal house. Many Britons never forgave her "coldness" at the death of the mother of her grandchildren.

The year of the celebration of the Golden Jubilee, 2002, was not a happy year for Elizabeth II either. Her sister Margaret and her mother, Queen Elizabeth, died just weeks apart. However, to celebrate her 50 years on her throne, the Queen of England traveled more than 60,000 kilometers, including visits to the Caribbean, Australia, New Zealand or Canada.

The monarch also displayed the well-known British humor. During the opening of the 2012 Olympic Games, Elizabeth II starred in a fun video in which actor Daniel Craig, playing detective James Bond, accompanies the queen to the ceremony by helicopter and both parachute to the stadium. Moments later, live, Isabel II appeared before the thousands of attendees who had come to witness the inauguration dressed exactly as in the video.

In 2013, the first son of Princes William and Catherine, George, was born, becoming third in the line of succession.

On September 9, 2015 Elizabeth II became the longest reigning monarch in British history, more than 63 years. A year later, in 2016, the queen herself turns 90 years old.

In 2020, Prince Harry and his wife Meghan Markle announced their intention to step down from their royal duties. His decision causes an earthquake in the British royal house. Elizabeth II claims to feel "hurt" by the decision. The couple settles first in Canada, together with their son Archie, and later moves to the United States. In 2020 they star in a controversial interview with Oprah Winfrey in which Meghan claims that a member of the royal house made comments about the skin color of the couple's descendants.

On June 2, 2022, the streets of London are decorated to celebrate the Platinum Jubilee, 70 years of the reign of Elizabeth II. It is the last massive event attended by the monarch, 96 years old and with mobility problems. In recent months, her son Charles of England, the future king and much more unpopular, has taken over much of the role of her mother, who has practically withdrawn from public life.

On August 6, the Queen of England receives her last two political visits at Balmoral. The first, that of outgoing Prime Minister Boris Johnson, the second, that of the brand new leader of the British Conservatives, the hitherto Foreign Minister Liz Truss. Visibly deteriorated, a fact that sets off all the alarms, Isabel II commissions Truss to form a government.