Elizabeth II, the funeral of the century

At eight o'clock last night, when the light had already gone, there was silence. 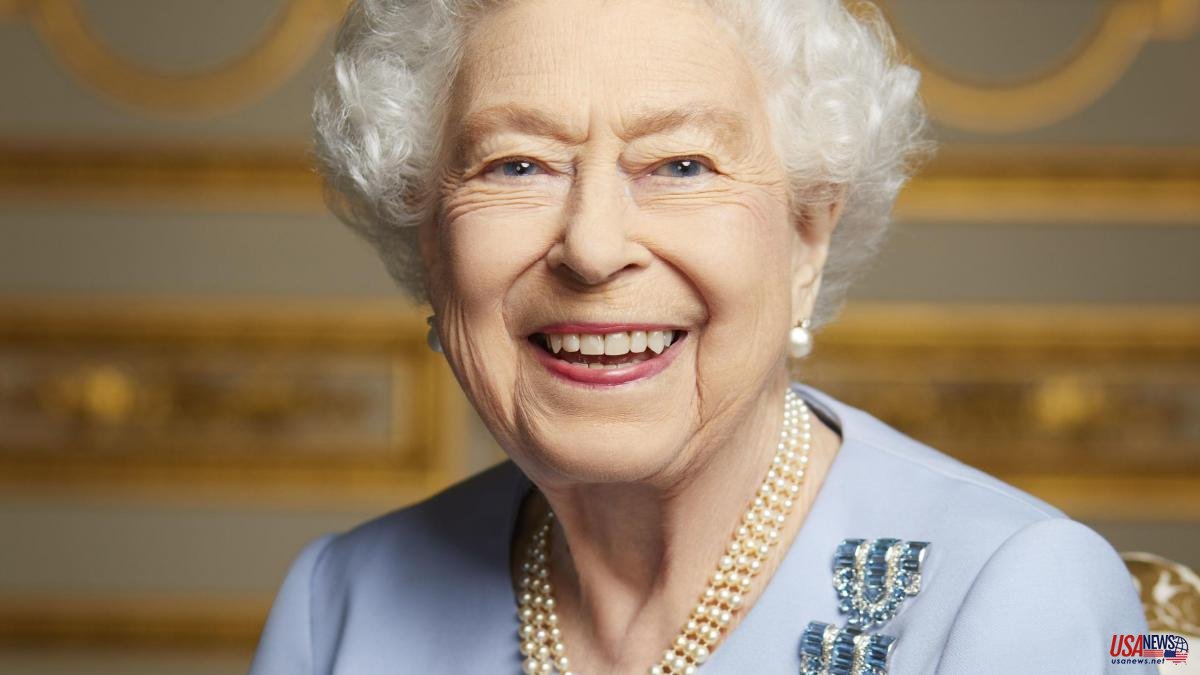 At eight o'clock last night, when the light had already gone, there was silence. In pubs, in many homes, at public gatherings and in Downing Street, where Prime Minister Liz Truss led the nation in a "minute of reflection" on the death and life of Elizabeth II, what is left behind and what comes ahead. The American journalist John Reed wrote Ten Days that Shook the World, a testimonial chronicle of the events of the Russian Revolution of October 1917. When the definitive chronicle of the time elapsed since the death of the English queen in Balmoral and his funeral today may be titled Ten days that stopped the world.

And it is that, observing the coverage of the radio, television and newspapers of a good part of the planet, seeing the images of thousands of people of all ages and races queuing for up to twenty-four hours from Thursday to access less than a minute to the burning chapel in Westminster Hall, and noting the presence of half a thousand leaders from all over the world in the English capital, one would get the impression (if it were not for the fact that life obviously goes on, even in London itself) that the Earth It has provisionally left its orbit and has entered a kind of capsule in which the only thing that happens is the duel for Elizabeth II.

But everything will finally end today with the funeral of the century (just as they talk about the game of the century, or the boxing match of the century), the most imposing that the world has known since Nelson Mandela's in 2013, and the largest that You've seen London since Winston Churchill's on a cold, gray day in 1965, and George VI (Elizabeth II's father) in 1952, when there were no social networks or mobile phones, people got the news from the shouts of street vendors of newspapers ("The king is dead") or reading the covers of the first editions -precursors of today's digital versions- in the windows of newspaper headquarters. A different world, in which those who thronged the streets wore top hats, suits and very formal dresses, instead of sweatshirts and sneakers.

If the queen died on D-Day, she will be buried today, D-day plus eleven, in the same crypt of King George VI's chapel at Windsor Castle where her husband Duke Philip of Edinburgh lies. At 10.44 o'clock in a ceremony that has been rehearsed for years, the coffin will leave Westminster Hall in a carriage bound for Westminster Abbey, where at eleven o'clock local time a funeral officiated by the Archbishop of Canterbury will be held before two thousand people (and more than four billion who will follow him on television), including the presidents of the United States and France, Olena Zelanska (wife of the Ukrainian leader), the emperor of Japan, representatives of all European royal houses, and first ministers from Commonwealth countries. A true who's who of politics in 2022, with absences as notable as the presences (Vladimir Putin and the leaders of Belarus, Myanmar, Syria and Venezuela have not been invited, and Iran and North Korea only at the ambassadorial level). Saudi Crown Prince Mohamed bin Salman will offer his condolences privately to King Charles. The act will be broadcast live on giant screens in cathedrals, squares, parks, football stadiums and cinema chains (where, out of respect, no popcorn will be sold).

At 12:15 p.m. the coffin will travel the roughly two kilometers from the abbey to Wellington Arch on the northeast corner of Hyde Park, through the Mall, with King Charles III and other members of the royal family following on foot, and dozens of of thousands of people on the pavements, behind the security barriers erected by the police as part of the largest security operation in the history of London. One hundred thousand police officers, one thousand five hundred soldiers, plainclothes agents infiltrated the crowd, all the closed-circuit cameras activated, dogs specialized in detecting explosives, snipers on the roofs of buildings...

At Wellington Arch the coffin will be deposited by hearse for the forty-kilometre journey to Windsor along back roads - also crowded - through the towns and villages of Surrey and Berkshire, and at three o'clock in the afternoon it will be carried in procession to the chapel of Saint George in the castle, where another smaller religious service will be held, for relatives and personalities who were not at the abbey service. At 7:30 p.m. Elizabeth II will be buried next to Philip of Edinburgh, two minutes of silence will be observed, and life will return to normal.

Yesterday, on D-day plus ten, Carlos III held an audience with Prime Minister Liz Truss, Queen Consort Camila paid tribute to Elizabeth II, US President Joe Biden and the First Lady of the United States went to Westminster Hall to express their respect to the deceased, and the queue of more than fifteen kilometers to access the funeral chapel was officially closed (the last people saw the catafalque with the coffin and the imperial crown today at 6:30 in the morning).

If the queen had died just a couple of days earlier, it is possible that the Conservative Party would have put off announcing the result of the election of a new leader until after the duel, and Boris Johnson would still be prime minister. Truss, however, is, for whom Biden canceled the planned bilateral meeting yesterday without further explanation, but met with the Irish Taoiseach Michéal Martin and Polish President Andrzej Duda. The ten days that have paralyzed the world come to an end, and the planet slowly returns to its orbit.