"We have not recorded such high and stable rates over the years as those of the acceptance of the monarchy and the work of Elizabeth II," noted an IPSOS Mori study from 2012. 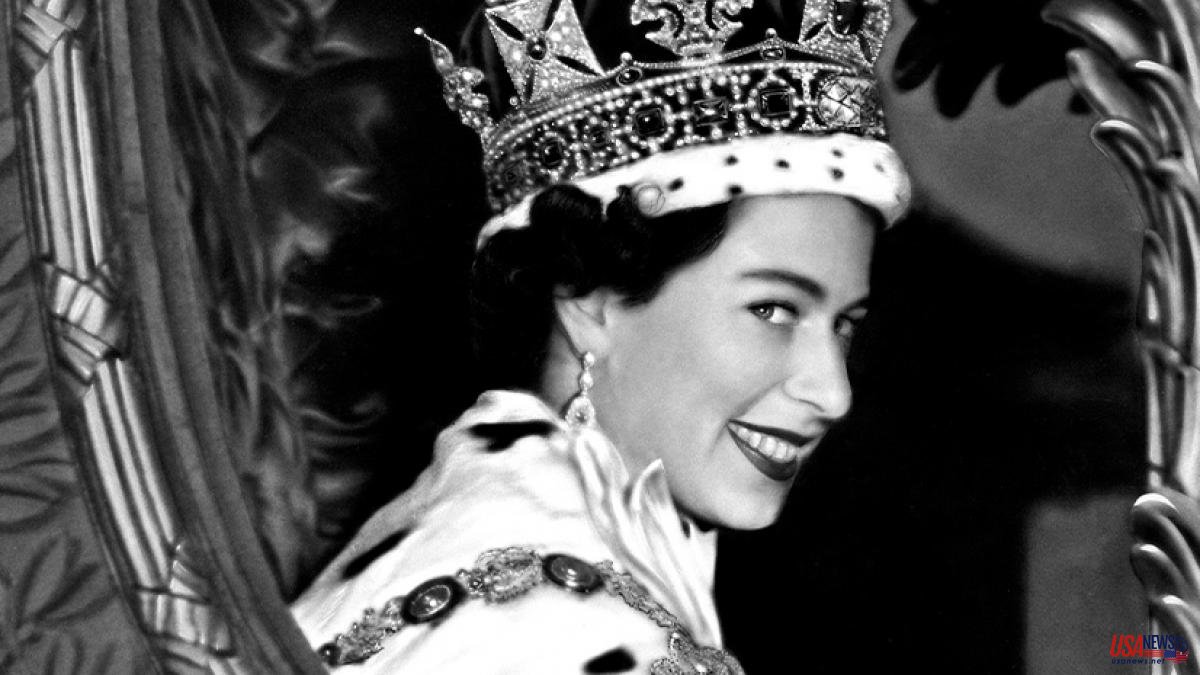 "We have not recorded such high and stable rates over the years as those of the acceptance of the monarchy and the work of Elizabeth II," noted an IPSOS Mori study from 2012. The last ten years were even better: the British "rewarded" with more enthusiasm the final stretch of the reign. According to an Ipsos survey from last May, 86% declared themselves satisfied with her work, while 7% were dissatisfied.

No institutional figure in democratic societies has maintained such high levels of acceptance during her "mandate" -Isabel II acceded to the throne in 1952-. Far above the 15 prime ministers of her reign -from Winston Churchill to Liz Truzz- or the 13 presidents of the United States, to name two comparable institutional figures, in countries where the polls can be wrong but are beyond suspicion of handling.

Why has Elizabeth II enjoyed such popularity? Why did those in favor of a republic never exceed 20% of supporters in these seven decades? Why did London, in ruins, with power outages and rationing, celebrate her enthronement in style in 1952? Scholars estimate that such an atypical institution in a democratic society and a queen so cautious and allergic to outbursts fed each other to unprecedented extremes, thanks in part to the fact that public opinion was shaped by the BBC and the greats of Fleet Street and not by the networks, crushers of reputations and nursery of hoaxes.

Elizabeth II fulfilled her symbolic role in a country that has known great changes and convulsions since 1952, just when the victory in the Second World War was darkened by a pessimistic sentiment: the loss of the colonies and the crisis of the Suez Canal, I sing swan of the Empire, in 1956. Other litmus tests followed that could have affected Buckingham Palace and the monarchy and its "privileges". The social and trade union upheavals of the 1960s, the dismantling of the welfare state promoted by Margaret Thatcher (1979-1990), the undeclared civil war in Northern Ireland, Brexit or the Scottish independence referendum, the land to how attached Elizabeth II was, embodied in her stays at the Balmoral residence.

All endoscopic records from the Ipsos firm since the 1960s indicate a constant approval of the work of Elizabeth II of between 70 and 90%, with a single, clear ups and downs: the death in a car accident in Paris of Lady Diana Spencer 25 years ago. That 1997, acceptance fell to 65% to go back to 70% - from which it never fell - in 1998, thanks in part to the good work of Prime Minister Tony Blair who warned that the affection of the population towards Diana of Wales was quite higher than the one professed in the palace. Elizabeth II's gesture of lowering her head as the funeral procession passed also contributed her own to avoiding sentimental fracture...

Elizabeth II also avoided getting into puddles at critical moments in the political life of Great Britain. The best example was the 2014 Scottish referendum, which followed precisely from the Balmoral grounds. A prudence to which the SNP of Alex Salmond, a fervent monarchist, also contributed, by assuming that the monarch would continue to be the head of state of an independent Scotland, by virtue of the Union of the Crown of 1603, prior to the other great agreement of parliamentary unity of England, Wales and Scotland of the year 1707. For all comment, Elizabeth II slipped that "Well, I hope that people will think very carefully about the future".