Elena Guiu, first Spanish in a world final of 100 meters 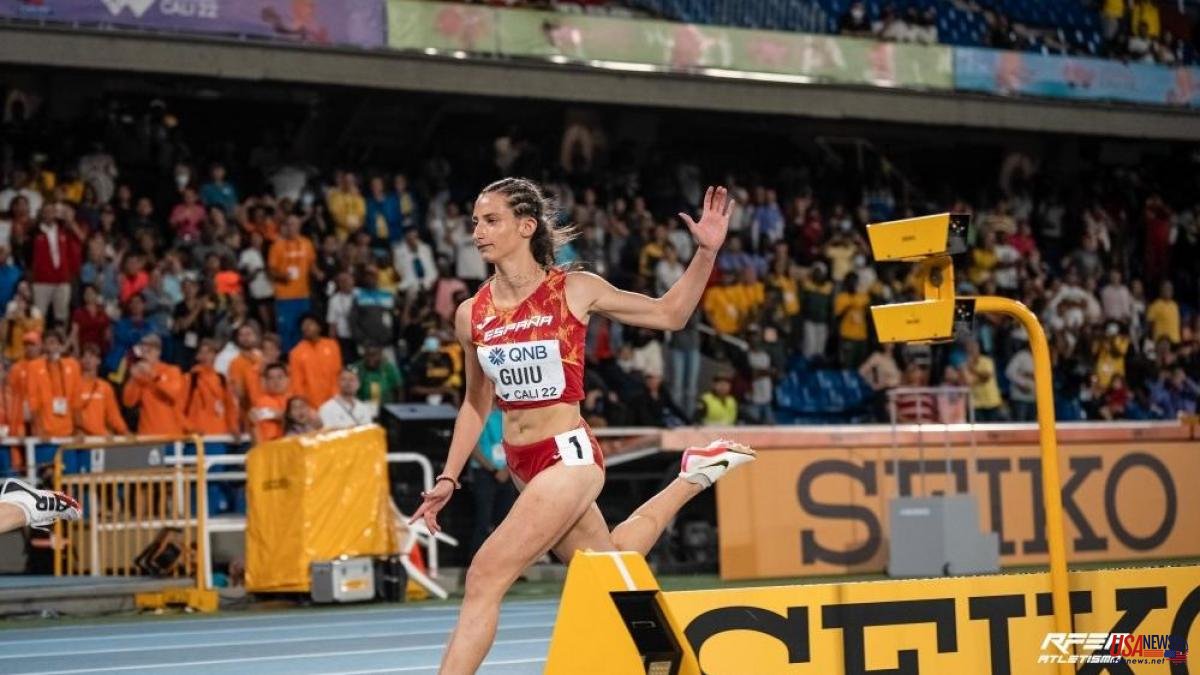 Elena Guiu, an 18-year-old athlete from Huesca, became part of the national sports history books. Last Wednesday she became the first Spanish competitor in any category to participate in a 100-meter world championship final. She succeeded in the Under-20 World Athletics Championships that is taking place in Cali, Colombia. Never before had any Spanish runner, not even a male, stepped on the last phase of the speed test in a World Championship. The result was the least of it, history was written.

He advanced to the final on Tuesday after managing to match his personal best, set just a day earlier: he completed the 100 meters in 11.46 seconds, a time that served him to achieve a meritorious eighth position (out of 24 semifinalists). In the final he finished in last position and could not equal his mark from the previous phase, taking six hundredths more to reach the finish line. Those 11.52 seconds became her fourth personal best time. That he has completed three of his best four performances in this championship is a good sign, indicative of his progression and potential.

The final was dominated, however, by Tina Clayton, the Jamaican runner who revalidated her title as 100m U-20 world champion. Not only that, but she broke the competition history record with her 10.95 seconds. She had entered the final as the second best with a mark of 11.17, only one hundredth better than the American Shawnti Jackson, who would win the bronze medal and improve her personal time in the last phase. Silver went to Clayton's compatriot Serena Cole, who was sixth fastest in the semis and clocked 11.14 seconds in the final.

The two Jamaican sprinters, classmates at Edwin Allen High School, preceded Shawnti Jackson, daughter of Bershawn, world champion in the 400m hurdles in 2005, on the track at the Pascual Guerrero stadium. A thousandth of a second behind Jackson, the Dutch N'Ketia Seedo narrowly missed out on the bronze medal, as did Thailand's Puripol Bonsoon in the men's 100m final, won the day before by Letsile Tebogo of Botswana with 9.91.

Clayton showed his great superiority right from the start, but especially from the middle of the race, as happened with Tebogo in the men's final. "I didn't think about personal branding or the championship record, but about defending my title. I didn't feel any pressure. I had a lot of confidence in the work I had done and in my coach (Michael Dyke)," the Jamaican sprinter commented after her victory.

Elena Guiu told in an interview that she had started running at the age of 11 and competing at 12 in county races. Since then, she has broken regional and national records and has represented Spain internationally, "a dream come true". Ahead, another dream: "to be an Olympic athlete." At the moment, she is already part of the history of Spanish athletics as the first finalist in the 100 meters in any category.