"Electric companies have to improve their reputation"

Marina Serrano has been at the head of the Association of Electric Power Companies (Aelec), the employers' association of the large electric companies, since October 2017. 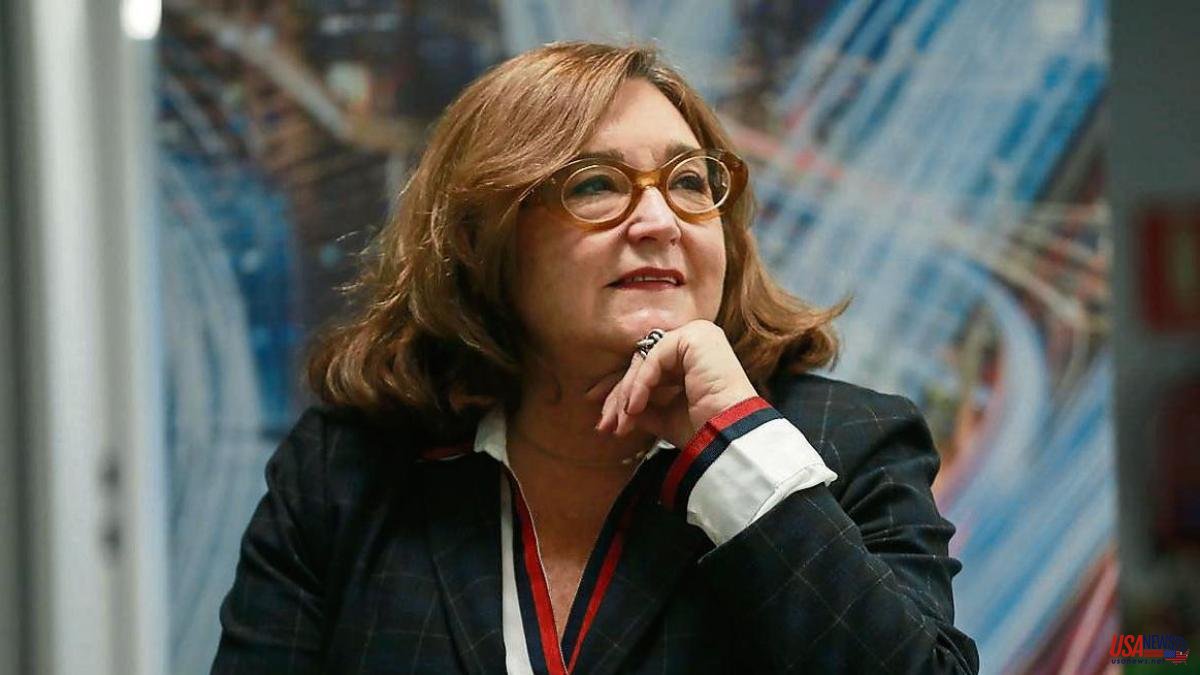 Marina Serrano has been at the head of the Association of Electric Power Companies (Aelec), the employers' association of the large electric companies, since October 2017. A lawyer and philosopher by training, she belongs to the State Lawyers Corps, although much of her professional life It has happened in the electricity sector: secretary of the board of Red Eléctrica, was in the National Energy Commission (CNE) and is vice president of CEOE. Electricity has been the sector indicated by the Government as one of the bad guys in the movie in the complicated crisis that broke out in the summer of 2021 and worsened with the war in Ukraine last year. Serrano, despite everything, tries to show the most conciliatory side of her.

The tax on extraordinary profits that has just entered into force has the sector up in arms. Is it already clear how and when they will go to court?

As we have been pointing out for many months, without our amendments having been accepted, this is a tax that is levied on sales and not on extraordinary profits, as Europe does. There is a joint appeal as an association, but then each company must report its own case because the settlements are different. It will be seen

At what point is your confrontation with the Government?

As an association we hold regular meetings. In the last year the Government has introduced numerous interventions in the markets. They are understood from the side of adopting measures in favor of the most vulnerable and trying to alleviate the effect of the escalation of prices. In the electricity sector there have been more interventions than in others and it has not always been taken into account that efforts must be made so that the regulation preserves a correct transmission of electricity prices. Show the way to advance in decarbonization and overcome the dangerous dependency that the war in Ukraine has shown. We have transferred that electrification is the best solution to alleviate it. Beyond the differences, we are aligned with the Ministry of Ecological Transition in these decarbonization objectives and in that electrification is the best path.

One of the main risks of the Iberian exception that the electric companies warned about was a flight of investments due to legal uncertainty. What is the balance in the six months of application?

I would not know how to quantify if there have been more or less investments. What there was was a lot of concern and many calls from the funds. Let's see what happens, if these measures remain temporary or not and if there are enough incentives to continue investing here. It is not possible to affirm something as emphatic as that the investors have left.

Looking at the results, did the electric companies go too far in their criticism of the government's measures?

The increase in the social bonus and aid for vulnerable consumers have been necessary measures. The Iberian exception has had a positive effect on prices, but it has also distorted the retail market, because those who were prudent enough to contract fixed prices have also been affected and that is not fair. Most government interventions have focused on the electricity sector, despite the fact that we said from the beginning of this crisis that electricity was not the problem, it was gas. We were pointed out as the bad ones and we must admit our mistake in not having been able to explain the problem well. At this point we have a long way to go, we must do self-criticism and work on building a good reputation. We must do something similar to what the banks did after the 2008 crisis.

Is it necessary to rule out bad practices in the sector?

There have been no malpractices or abuses in the sector. After a year of exhaustive investigation, the National Commission of Markets and Competition has not detected any incorrect behavior nor has any sanction been imposed. We speak of the electricity sector when we want to refer to the energy sector. Electric companies are totally transparent. We have delivered all the information on the contracts, we are fully controlled and supervised.

Will the new regulated price come to alleviate this?

The proposed reform goes in the right direction. What worries us is that when it is approved there will be a sufficient transitory period so that the marketers can make the correct and necessary coverage.

What challenges does the sector face for this 2023?

Many, but the main one is to adapt the networks to a new consumer that is less and less passive and more and more a producer of electricity. We need dynamic networks that work in both directions and manage supply and demand at the same time. This can only be achieved with the digitization of operations. And that's what you have to invest in right now.