The Popular Party does not want to lose the pulse of the new political situation in which the last regional elections in Andalusia have left it and today it has begun to prepare the next debate on the State of the Nation. 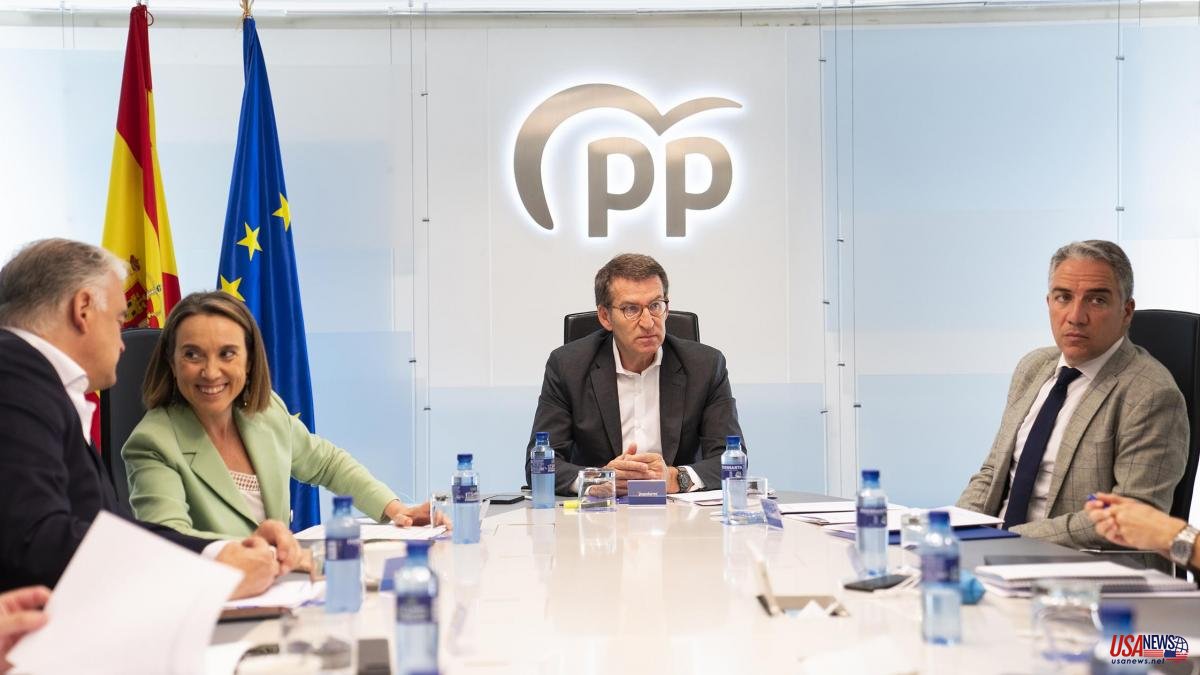 The Popular Party does not want to lose the pulse of the new political situation in which the last regional elections in Andalusia have left it and today it has begun to prepare the next debate on the State of the Nation. An appointment in which, despite the secondary role that its national leader, Alberto Núñez Feijóo, will have, the popular ones intend to show that "they are not opposition, but the real alternative of change."

This was detailed this afternoon by the general coordinator of the PP, Elías Bendodo, appearing before the press after the meeting of the party's steering committee at the Genoa headquarters. The Andalusian has described as a "democratic anomaly" that the President of the Government, Pedro Sánchez, has not called his first appointment of this type until 2022. “It is an insult to Congress, where the sovereignty of the Spanish people resides, to see how all the Prime Ministers have regularly held a debate promoted by Felipe González in 1983, with the exception of Sánchez.”

Using a harsh tone, Bendodo understands that "it is no coincidence, but one more proof of the deterioration of the Spanish institutions that this Government promotes." "Sánchez considers that nothing and no one is above himself, and he has too many institutions. Hence his efforts to control the Prosecutor's Office, the Tri el Constitucional, the INE, the CIS, the strategic companies. Everyone has to bow to his interests, and that worries us because it affects the image and credibility of Spain as a country", he lamented.

Bendodo has echoed the criticisms leveled from the Government speaking of "hidden interests" against him, although he frames them within the degree of "nervousness of which the Executive is a prisoner". "In any case", he has snapped at him, "you will have to say it to Feijóo's face in Congress". An appointment for which the Galician has summoned the PP parliamentary team tomorrow to outline the axes of his strategy.

The attacks have not ended there and the popular spokesman has defended the PP as the party that "leads the alternative more than the one that leads the opposition" and has guaranteed that it will rise to the occasion. "Sánchez must assume that the country will not get out of the economic situation in which it finds itself without the PP and even less with its partners on the extreme left, Bildu and the independentistas.

The next debate on the State of the Nation in which Alberto Núñez Feijóo cannot participate due to the lack of a seat in Congress appears in red on the PP calendar. So it will be Cuca Gamarra who will be in charge from the popular flank in replying to the President of the Government, Pedro Sánchez. While his head of ranks will have to settle for witnessing the debate from the chamber in his capacity as a senator, although he will be able to make some assessment before the journalists in Congress during the celebration of it.

Gamarra has downplayed this detail. "The most important thing is that we are all working intensely as a team so that the reality of Spain and the Spaniards is present in this debate," Gamarra declared just a week before the debate was held, the first since Sánchez became president. next July 12, 13 and 14.

The Government promised that in this period of sessions -which ended in June- it would recover the celebration of the debate on the state of the nation, which has not been held since February 2015, under the first mandate of Mariano Rajoy, due to the chain of several general elections (2015, 2016, 2019 twice), the 2018 censure motion and the restrictions imposed in the almost two years of the pandemic.

Podemos has not escaped the attacks of the PP personalized on the Minister of Equality, visiting the United States. And her spokesperson has confirmed that she will request all the necessary information about Irene Montero's trip with a large team of advisers.

"We do not see neither good nor bad, but with surprise, that he now embraces the cradle of American liberalism, but" we are not going to allow that he has been on a totally free vacation to make a groupie pose in Times Square because they understand that they have little time left in the government", he pointed out. From Genoa they anticipate that the objectives, the motivation, the plane used and the price of a trip of this type will be requested at "a time when families are having a hard time".