El Barça seeks side for Vinicius

Until a week ago, Barça was swimming in defensive abundance. 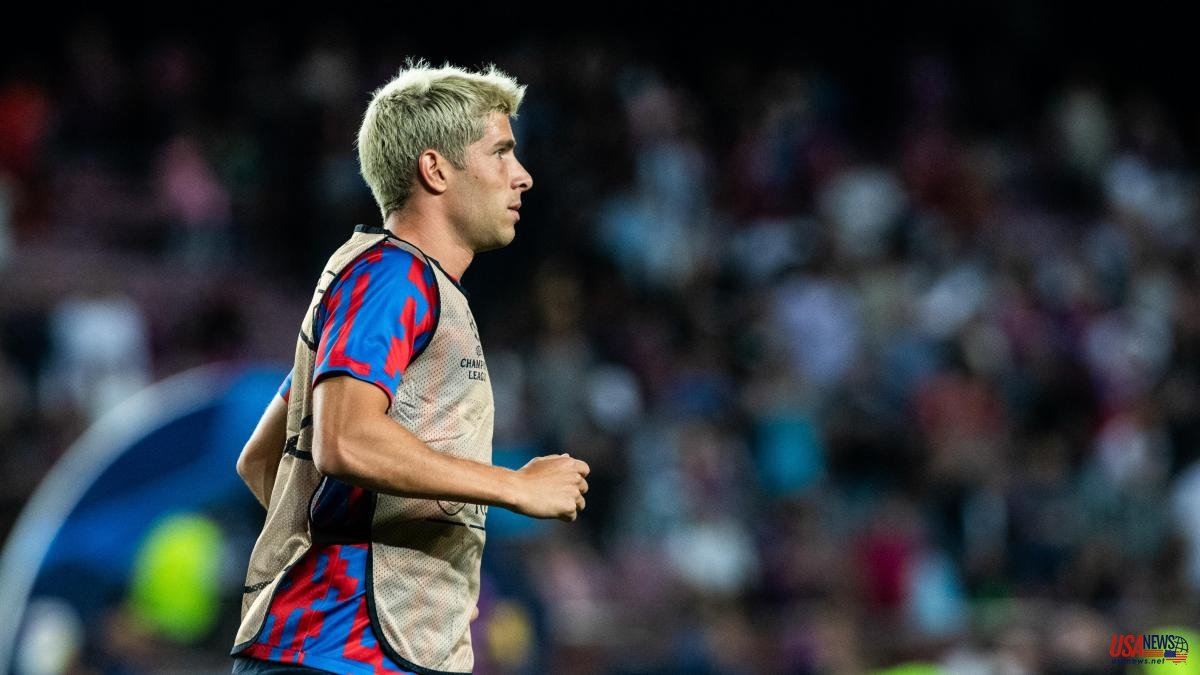 Until a week ago, Barça was swimming in defensive abundance. If he thought about the classic on October 16, he could even take over. That Madrid has Vinicius. No problem. Xavi had options to give and take. Either he placed a more corpulent marker, like Araújo, or a more dynamic one like Koundé. You could even tie the blanket to your head and opt for a pure and offensive side like Héctor Bellerin. But the Blaugrana coach will not have any of the three for the Bernabeu match on October 16. They have been injured one after another and Xavi's deck has been shrinking. Meanwhile, Vinícius sharpens his boots and, aware of that weakness on the right side of the Blaugrana defense, prepares to try to feast.

Both for the match against Madrid and in the previous matches (the transcendental Champions League double stake against Inter, this Sunday's match in Mallorca and the match against Celta on October 9) the Blaugrana coach will have to reorder his approaches.

In theory, the most natural card for the right side is the bet on Sergi Roberto. However, the one from Reus has not yet been discharged. He played his last match on September 7 against Viktoria Pilsen after renewing downwards and being a useful piece at the beginning of the course. He was substituted as a precaution due to some inconvenience. It was thought that he would only miss the Cádiz match and that he would return in Munich. But neither against Bayern nor against Elche was he available. He has pain in his Achilles tendon and it's still there, waiting for it to subside. He already suffered a similar discomfort in 2016. If he comes back now he will have the opportunity to add minutes, although so many games in a row and of that intensity it is not likely that he can endure them in his current physical condition.

Another solution goes through the displacement of a central defender to the right-hand side. In this sense, the one with the most numbers would be Eric Garcia, while Piqué and Christensen would act as central defenders and Marcos Alonso or Balde as full-backs on the left.

Studious like few others, it would not be surprising if Xavi shook up the drawing and, given the lack of defenses, opted for a line of three central defenders and two lanes. Eric García, Christensen, Piqué and even Marcos Alonso reconverted would be candidates to act as a trio while Balde (or Alba) would go up and down the band on the left and Raphinha, intense when it came to defending, would have a good part of the right-handed flank to cover the field . The Brazilian soaked up Stajanovismo under the command of Marcelo Bielsa at Leeds and returns to Barcelona in high spirits after signing a brace with Brazil. In Barça B's bedroom is Álvaro Núñez, a right-back from Athletic's academy. He is 22 years old.

The only thing that Xavi hopes is not to have any more physical setbacks, especially in defense, after it was confirmed yesterday that Bellerín suffers a soleus injury that will keep him out of action for the next few weeks. The Barcelonan, signed on the last day of the market, has only played in two games. Araújo's is much more serious. He underwent surgery in Finland and, except for surprise, he will miss the World Cup and will not return to the pitch until the end of December when the club calendar resumes. Before waiting for an October full of curves. Vinícius and a recovered Benzema, wait.