New case of apparent police homicide in the United States with a black man as a victim. 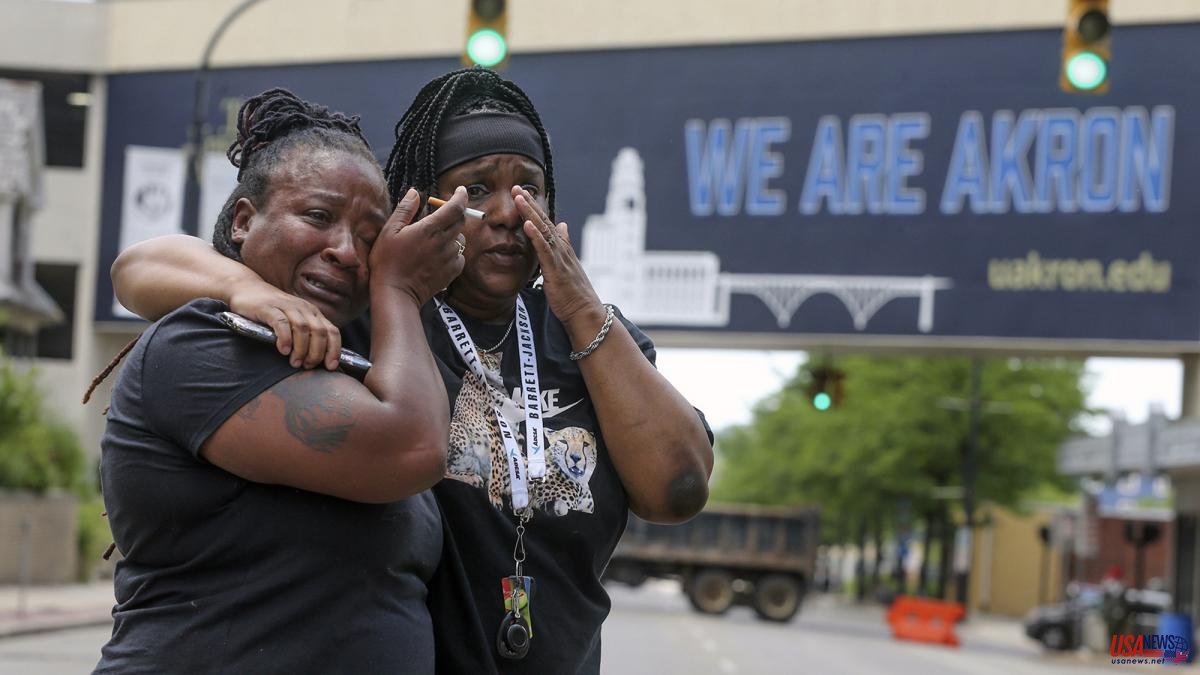 New case of apparent police homicide in the United States with a black man as a victim. Only this time it was collective and viciously.

Eight Akron, Ohio, officers fired dozens of times at 25-year-old Jayland Walker as he fled a traffic checkpoint early Monday morning. At the time of discharge, Walker was unarmed. There were sixty bullet holes in his body.

In view of the persistent protests that the event caused in the following days in Akron, the police themselves were forced to show this Sunday the video of the shooting, recorded with one of the body cameras of the uniformed men.

It all happened in a few minutes, shortly after midnight from Sunday to last Monday. Walker was riding in his vehicle when a patrol officer warned him to pull over for a traffic violation.

Seeing that the driver did not stop, the agents began to chase him. At one point in the chase, Walker allegedly fired a shot from his car. This would be indicated by the police, although the victim's family questions it.

After a few minutes of chasing, Walker stopped the car, got out, and ran into a parking lot. It was then that the eight agents, under the pretext that the suspect represented "a mortal threat" to his life, according to the Corps, fired dozens of shots at him; perhaps a hundred, according to local media.

Akron Police Chief Stephen Mylett said video footage of the shooting is "shocking and difficult to watch." And while he claimed he still didn't know how many bullets came out of his subordinates' guns, he admitted he "wouldn't be surprised" if the number was close to what the media reported.

The family's attorney, Bobby DiCello, called the police action "brutal." But he also asked the people who, since Walker's death, have been demonstrating to hold the authorities accountable for calm.

The police department suspended the eight agents involved while the investigation is carried out, but the deceased's neighbors demand a true and rapid purge of responsibilities.