The British Prime Minister, Boris Johnson, has always known how to get rid of all crises, but after the motion of censure to which his own party submitted to him on June 6, from which he left seriously affected after winning the vote by 211 votes at 148, the only question was how long it would take to leave office. 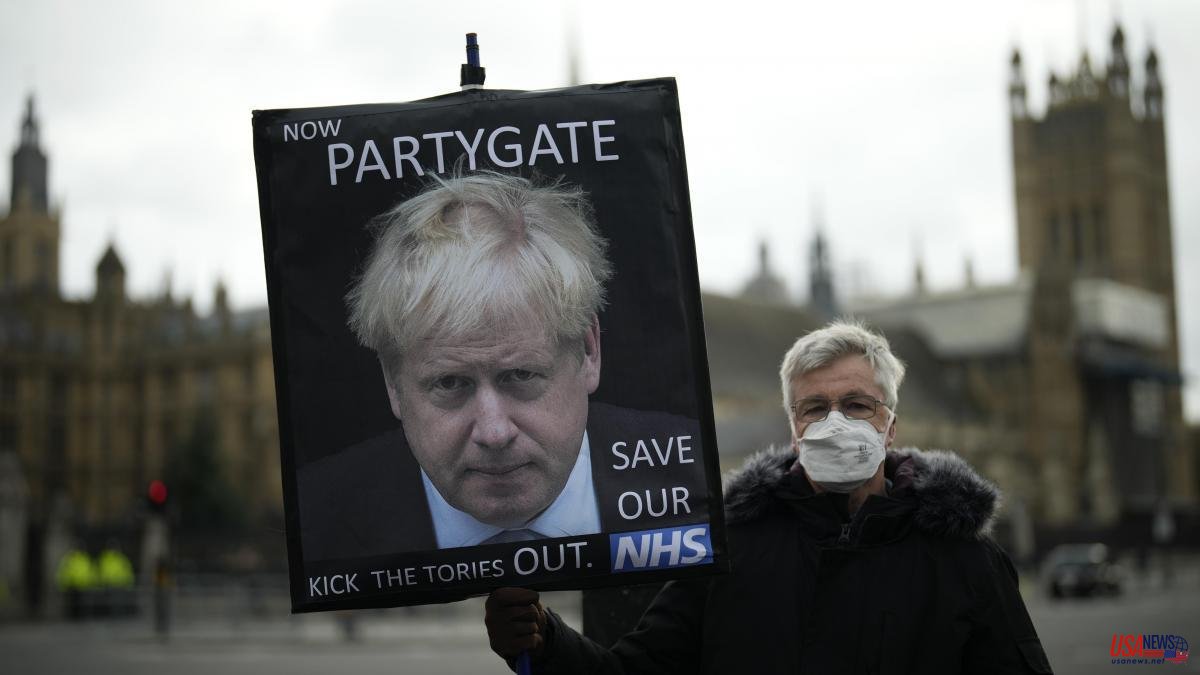 The British Prime Minister, Boris Johnson, has always known how to get rid of all crises, but after the motion of censure to which his own party submitted to him on June 6, from which he left seriously affected after winning the vote by 211 votes at 148, the only question was how long it would take to leave office. The latest blow has been the cascading resignation of part of his Cabinet, starting with the heads of Economy and Health, Rishi Sunak and Sajid Javid, and following by several Secretaries of State. Javid and Sunak, in two devastating letters, accused Johnson of lack of seriousness and setting the wrong tone and values.

Johnson publicly apologized last Tuesday for having given a political position to deputy Chris Pincher, despite having learned that he had sexually harassed two men – one of them, massaging his neck – in a private club. But the problem, the same as in the partygate, is that the Tory leader denied having been informed of the case and only progressively changed his discourse – and accepted responsibility – when he had no escape.

Scandals and controversies have been the tonic in the political life of Boris Johnson, who had always felt confident swimming in troubled waters, but in recent months the premier has been increasingly cornered. These are some of the crises he has been involved in since he arrived at 10 Downing Street in July 2019.

The Johnson administration is ordering Conservative lawmakers to support a change in ethics rules to delay the suspension of Owen Paterson, a Johnson supporter who had been censured for violating lobbying rules. The measure passes. A day later, facing an angry reaction from lawmakers of all parties, Johnson reverses course and allows lawmakers to vote on suspending Paterson. Paterson resigns.

British media are beginning to report on allegations that government officials attended parties at government offices during November and December 2020 in breach of covid lockdown rules. The scandal grows in the following weeks and finally includes information from more than a dozen parties. Boris Johnson maintains there were no parties and no rules were broken, but opposition leaders criticize the government for breaking the law as people across the country made sacrifices to fight the pandemic.

Johnson authorizes investigation of the scandal, dubbed partygate. Pressure initially mounts to challenge the premier's leadership, but eventually fizzles out.

The Government announces a spending plan that is criticized for doing too little to help British citizens suffering from the rising cost of living. Today's resigning Finance Secretary Rishi Sunak refuses to delay a planned income tax increase or levy a windfall profits tax on oil and gas companies benefiting from rising energy prices.

Johnson meets with Ukrainian President Volodymyr Zelensky in Kyiv, promising a new package of military aid and economic support. The move helps bolster Johnson and his supporters, who argue that the government should not focus on internal political wrangling.

Johnson receives a fine of 50 pounds (almost 60 euros) for attending one of the illegal parties during confinement. Opposition parties characterize him as the first UK minister in history to have broken the law while he was in office. Johnson apologizes, but insists that he didn't know he was breaking the rules.

The results of the partygate investigation are released, detailing 16 gatherings at Johnson's home and office and other government offices between May 2020 and April 2021. The report details instances of excessive drinking among some staff members of Johnson, at a time when millions of people were unable to see friends and family.

The Government changes course in its tax decision on oil and gas companies and announces plans for a 25% tax on windfall profits.

Johnson wins an internal no-confidence motion. Conservative lawmakers vote 211-148 for him to stay in office. However, the magnitude of the revolt (some 41% voted against him) weakens his grip on power, and many consider his time in Downing Street to have been redeemed.

Conservative MP Chris Pincher is resigning after allegedly sexually assaulting two fellow guests at a private club in London. Previous accusations of sexual misconduct about Pincher surface. Questions swirl as to whether Johnson was aware of the circumstances.

Johnson apologizes for his handling of the Pincher scandal and says that he had forgotten to have been informed of the allegations. Two of the most important ministers in the Cabinet, Rishi Sunak and Sajid Javid, resign.