Edinburgh is once again the theater of the world

In the art world, August is synonymous with Edinburgh. 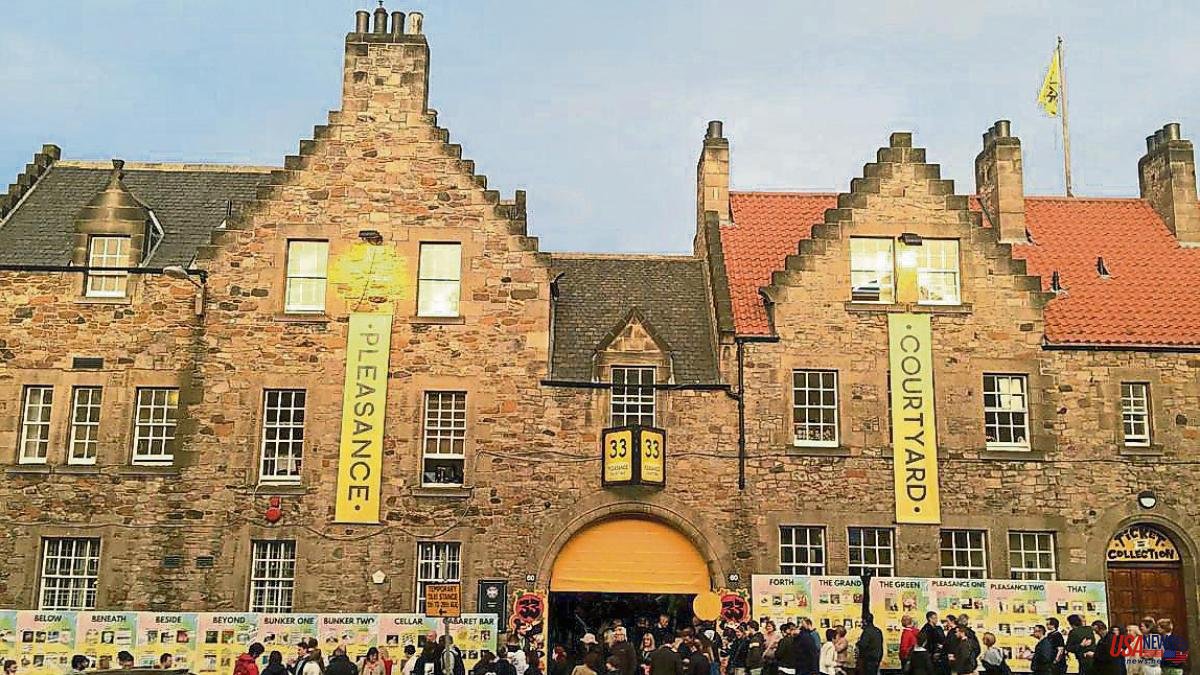 In the art world, August is synonymous with Edinburgh. After a 2020 without a Festival and a 2021 with a very limited event -it could almost be said behind closed doors- due to the pandemic, it has now returned to a different planet, with people eager to travel and have fun but with a cost of living every increasingly prohibitive, and different patterns of behavior and consumption. Also consumption of culture.

In Edinburgh the hotels are almost full and there are fewer flats to rent (for tourists and artists) due to new rules imposed by the Scottish National Party government, so prices have gone up. Not so, in general, those of tickets, which have not sold at the usual rate before the pandemic, when by now the most coveted shows would already be sold out. The disease still causes prevention, many think so, and it is normal to wait until the last moment before buying, lest there be complications.

The comedians who are the kings of fringe seem however to have conspired to make Edinburgh 2022 memorable, and the card is sensational although very few, if any, of these shows make money. Once all the expenses are computed (accommodation, food, transportation...), the artists almost always end up in the red. What they hope is to gain fame and increase their reputation.

Omid Djalili became known in the Scottish capital in 1993, and has returned this year – which he assures will be his last – as a kind of sentimental thanks, to somehow close the circle. "One does not do these things for money but for the love of art." The same is true of other important names in the world of British humor who have come to make people laugh (Boris Johnson is an easy target, but they take it out on whoever it takes), such as Rachel Parris, Marcus Brigstocke and Sikisa Bostwick-Barnes. “The level of the shows is going to be very high – Djalili points out – because everyone has had almost three years to put on their numbers, rehearse them and polish them in performances by Zoom or social networks like TikTok.

The great protagonist of this 75th anniversary is the tireless Ian McKellen, who at 83 years old stars in a ballet version of Hamlet (an art that he had not explored until now), in a version directed by the former Danish dancer and choreographer Peter Schaufuss.

For McKellen, the text of Hamlet has no mystery, since he has played the Shakespearean character so many times, a role that he took to the stage for the first time in 1971. "I don't have to dance, I'm not up to those trots," he says, what has encouraged me is the adventure of seeing from the inside how a dance show is put on, and how someone I admire [Schaufuss] does it. Many times the important thing is not the money, nor the quality of the material, but the people with whom one works”. The play is performed at the Assembly Hall, the same theater where Richard II performed in 2019.

Director Iva van Hove brings to Edinburgh 22 the long-awaited adaptation of Hanya Yanagihara's novel Little Love, with the enormous challenge of transferring to the stage the enormity of the drama and the pain contained in its pages, following the lives of four men through of more than thirty years of friendship; Zimbabwean performer Mandla Rae conducts a colorful and highly personal exploration of her childhood memories of her as an immigrant in As British as a Watermelon; and Hollywood-installed Scotsman Alan Cummings returns as national hero Robert Burns; Boris III is a parody of the British Prime Minister as if he were Richard III.

The National Theater of Scotland presents an adaptation of the classical Greek tragedy Medea by Liz Lochhead; Irish national treasure Gabriel Byrne stars in Walking with Ghosts, both hilarious with laughter and heartbreaking with sadness; and You Know We Belong Together is an exploration of what it means to live with Down syndrome through music, video and dance, in which victims of the disease recount their dramatic experiences

Catalan Jordi Savall brings his Hespèrion XXI ensemble to Edinburgh, along with musicians recruited from Europe, the Middle East, India, China and North Africa, for a concert inspired by Ibn Battuta, a 14th-century Islamic scholar considered to be perhaps the greatest traveler of all time; Sir Donald Runnicles, music director of the Deutsche Oper Berlin, conducts a concert version of Beethoven's Fidelio, the great operatic attraction along with new visions of Salome and Rusalka; in dance, the classical ballet Coppelia reimagined for the digital age, a reinterpretation of Kipling's Jungle Book, and The Pulse, a show with sixty acrobats accompanied by a live performance by a choir.

At the Art Festival, Tracey Emin, recovered from cancer, explores the fragility and multiplicity of a sick body in a monumental bronze that evokes Rodin, entitled Lay Here for You. More optimistic is an exhibition at the National Gallery of Scotland (A Taste of Impressionism: Modern Art from Millet to Matisse) which has brought together 19th and 20th century French works acquired by industrialists from Glasgow and Edinburgh, railway magnates, textiles and chocolate, with paintings by Van Gogh, Gauguin, Degas and other masters. It is one of the most ambitious shows in its history, and proof that Edinburgh is once again open to the world.