Edgar Morin: "The despot Putin is capable of realism"

With the moral authority that his 101 years give him, the accumulated experiences and wisdom, Edgar Morin asks to negotiate with Vladimir Putin. 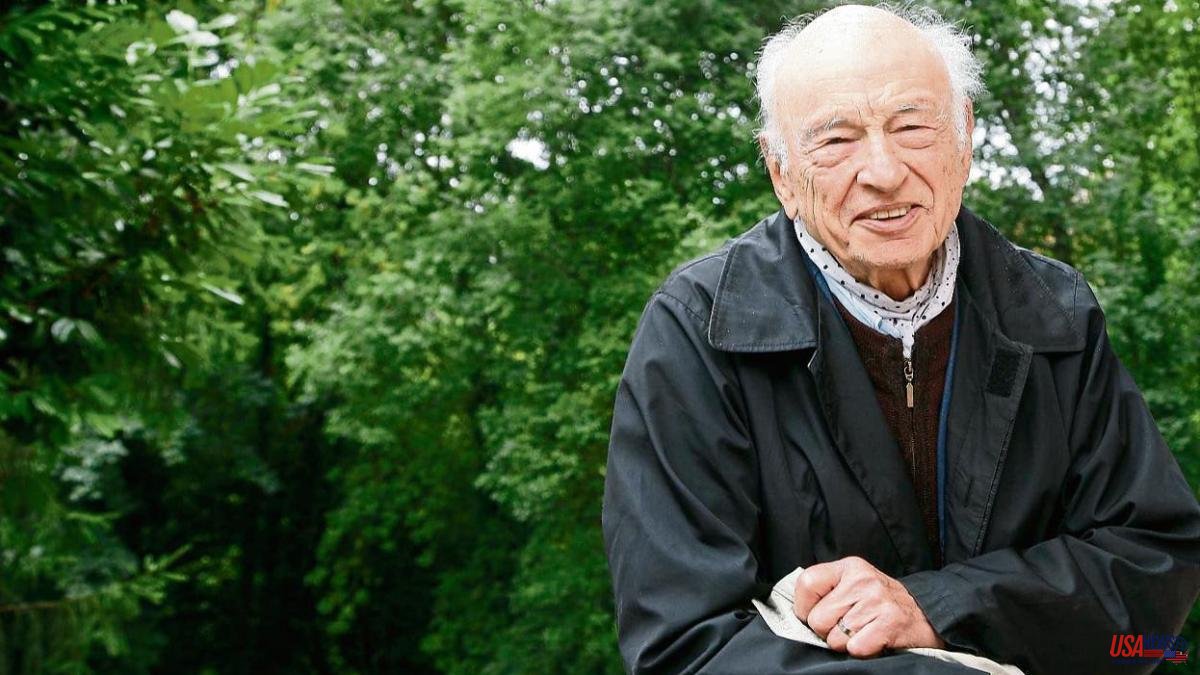 With the moral authority that his 101 years give him, the accumulated experiences and wisdom, Edgar Morin asks to negotiate with Vladimir Putin. The French sociologist, one of the most respected living intellectuals, does not stop publishing books on current affairs. The last one, From war to war. De 1940 à l'Ukraine (L'Aube), comes out on January 6. It can be controversial because it introduces many nuances into the analysis of the conflict and refutes the idea, widespread among Kyiv's allies, that it is too early to talk because the Ukrainians must consolidate their reconquest.

"Putin is a despot capable of realism," says Morin, and recalls that the West has already negotiated with Stalin and Mao, and that today it is doing so with Xi Jinping. The author points out that the Russian leader already backtracked in Georgia in 2008. There are, therefore, precedents.

Morin's book, a hundred-page booklet, is a lucid reflection on the historical context of the Ukrainian crisis, seasoned with personal anecdotes. The thinker, doctor honoris causa from nearly forty universities around the world and winner of the International Catalonia Award in 1994, has been confronted by war since his adolescence. In his memoirs, published in 2019, he explains how much the Spanish civil war impacted him. In 1936, at the age of 15, Morin went to Paris to make aid packages for the anarchists of the Durruti Column. The entry of Franco's troops in Barcelona, ​​in January 1939, was a shock for him and the harbinger of "other falls" such as that of Paris and half of Europe before the Hitlerian invasion.

The philosopher, who was a member of the communist resistance against the Nazis, was stationed in Germany as an officer in the French army just after World War II. He was impressed by the destruction of cities by Allied bombing. He describes them as “barbaric” and “systematic war crimes” against the civilian population that could not be justified even by the terror of the Nazi regime. Already then the writer –despite being Jewish– was not tempted by revenge and knew how to distinguish between the German people and their leaders. He was a vehement advocate of Franco-German reconciliation.

In De guerre en guerre , Morin reviews the "hysteria" of all war conflicts, their lies and the total criminalization of the enemy, phenomena that are repeated in Ukraine as they occurred before in the former Yugoslavia, in Algeria or between Israel and the Palestinians .

Despite stressing that Russia was the aggressor and that Ukraine must be helped to recover its independence and sovereignty, Morin flees from a simplistic and Manichean vision. “Our media indicate that there is only one imperialism, the Russian one, that seeks to reconstitute Great Russia,” he writes. They are silent about another imperialism that intervenes all over the globe, frequently violating, like Russia in the Ukraine, international conventions”. It is clear that he refers to the United States. He later refers to the bombing of Serbia during the Kosovo war and Washington's "preventive" war in Iraq in 2003, interventions that could have encouraged Putin to act in Syria or now in Ukraine.

The author insists that the current war is a clash of "two imperial wills": the Russian one, "which wants to safeguard its domination over the Slavic world and protect itself from a neighboring nation under the influence of the United States", and that of the latter , "who are trying to integrate Ukraine into the West and strip Russia of its title of world superpower."

According to Morin, the United States was born as a "democratic power" and Russia was always "a despotic power." Their common point was “colonization” to expand their borders. The United States expanded west into the Pacific. Russia did it to the east, also towards the Pacific. The sociologist notes that "the very democratic United States exterminated the autochthonous nations and only allowed small ethnic enclaves (reservations) to survive, and practiced mass slavery of blacks until 1865."

The book concludes with an appeal to seek peace. He denies that negotiating implies capitulating. "It is excessive to Hitlerize or Stalinize Putin," he warns. Morin dares to imagine some compromises. He proposes a hypothetical condominium over the Donbass industry, the conversion of Mariupol, Berdiansk and Odessa into free ports and a neutral status for Ukraine, although integrated into the EU and with a guarantee of security. As for Crimea, he thinks that "logic" leads it to stay in Russia, but as a result of negotiation. “The more the war worsens, the more difficult is peace and the more urgent –he warns in his last lines–. Let's avoid a world war. It would be worse than the previous one”.