It seemed that electronic commerce was going to destroy traditional commerce due to the boom it experienced during the pandemic, but after the end of the restrictions, the first indicators begin to show the opposite, that the habits acquired by the consumer during confinement are not have consolidated: physical commerce continues to have a pull. 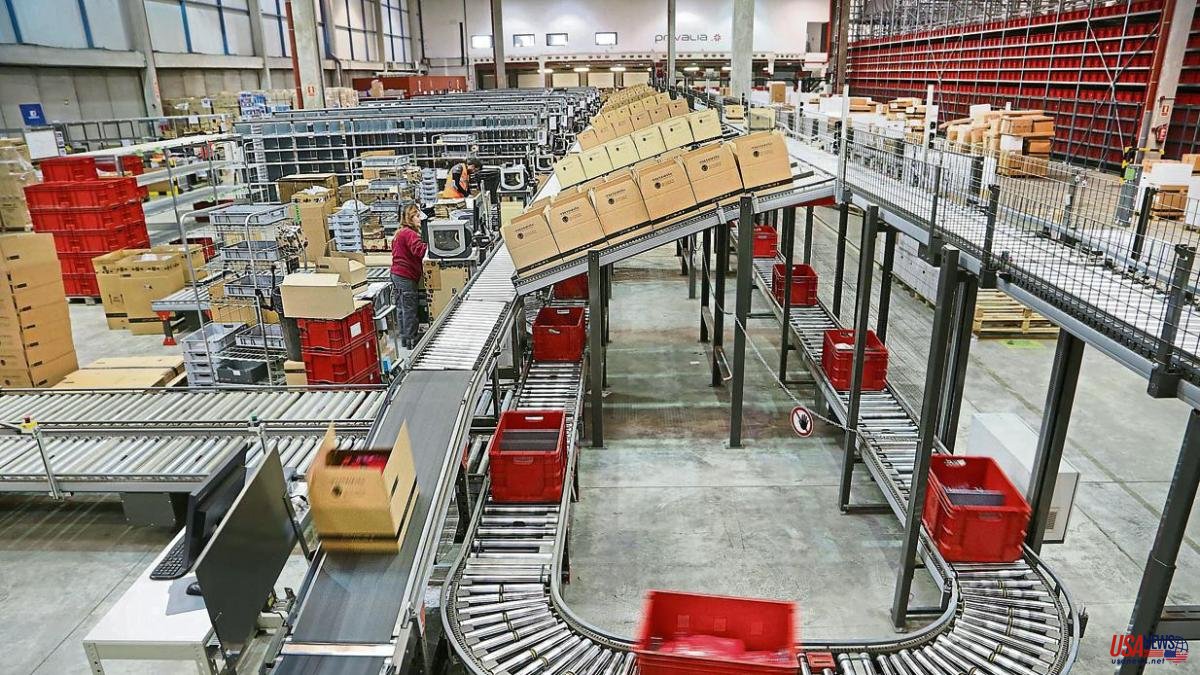 It seemed that electronic commerce was going to destroy traditional commerce due to the boom it experienced during the pandemic, but after the end of the restrictions, the first indicators begin to show the opposite, that the habits acquired by the consumer during confinement are not have consolidated: physical commerce continues to have a pull.

In the United States, the cradle of digitization, the growth of internet sales in the first quarter has slowed down to 6.7%, a rate even lower than that recorded before the pandemic, as reflected in the graph extracted from data from the US Department of Commerce. And as a result, large companies are holding back on their growth plans. The most striking case is that of Amazon, which this year has paralyzed the construction of warehouses with more than nine million square meters of surface area and is negotiating to rent underused spaces, according to The Wall Street Journal this week. The decision follows disappointing quarterly results, with losses not recorded since the 2014 financial year and revenues that only grew 7%, a low rate compared to those obtained during the last 20 years.

It is not an isolated case. Other benchmark companies in the US have seen their revenues fall, such as eBay (6% during the first quarter), and other platforms such as Shopify or Etsy are also noticing the decline with lower-than-expected results and forecasts. “We are emerging from unprecedented times, and in a world with much more shopping options, we expect to cut double-digit growth to single-digit growth,” said Josh Silverman, CEO of Etsy. Mastercard data in this country is also revealing: while online transactions fell for the first time in almost a decade –3%–, physical transactions grew by 11%.

In Europe there are still no official data for 2022. According to the Shopping Index of the multinational Salesforce (which collects data from 1,000 million consumers in various countries around the world), online sales in the first quarter have fallen by an average of 15% in Germany , 12% in France or 9% in the United Kingdom, while on a global scale there has been an average decrease of 3%.

In Spain, growth has been positive, 6%, although far from the 15% growth registered the previous year. "This anomaly is explained because we have always been behind in adopting digital habits," says Celina Paredes, head of e-commerce at IAB Spain, an association that presents an annual study on digital consumption trends.

With these data on the slowdown in the sector, it is reasonable to ask: has e-commerce reached its ceiling? Paredes maintains that “during 2020 and 2021, online sales registered abrupt growth, and a return to levels close to a pre-pandemic environment was expected. However, in this new scenario there is still room for growth. Waiting for this year's results, I believe that the number of users will reach stability and maturity in the coming years”.

According to Paula Rodríguez, director of development at the consulting firm Webloyalty, online commerce is still unable to satisfy some consumer needs. “During the pandemic, the client launched online shopping because they had no choice, but with the return to normality they have returned to the traditional store because it is still more convenient for purchases of immediate need or products that require seeing and touching. . Physical commerce also continues to be attractive at a time when consuming is conceived as a social act, or even an act to contribute to environmental sustainability.” Another proof of this is the bad times that supermarket product delivery platforms are experiencing, such as Gorillas, which has announced that it needs to rely on a partner to continue operating in Spain, and its competitor Getir, which has announced layoffs on a global scale. Food delivery platforms such as Uber Eats, Deliveroo, Just Eat and Glovo are also suffering from the return of the consumer to the traditional restaurant.

In addition to changes in consumer habits, we must also take into account that the beginning of the year has been turbulent due to the war in Ukraine and inflation. The situation has curbed the consumer's purchasing power, but also the available resources of companies. This also explains the adjustments made by multinationals and even more so by SMEs. In this sense, Jordi Bacaria, a partner at the consulting firm J3B3, highlights that in recent months microenterprises have decided to back down on their online strategy that they launched during the pandemic. "They have reduced their ambitions when they see that the consumer has returned to the neighborhood store and that the costs of keeping an online store active are high, especially in human resources." Bacaria assures that many small businesses are limiting their digital presence to promoting their products on social networks, messaging channels or email, leaving the shopping experience in the hands of the traditional method.

For this reason, the post-pandemic scenario requires a new balance where hybrid or omnichannel sales gain prominence: “Physical and online merge. The initiatives of online search and purchase in the store or vice versa are gaining strength, ”Rodríguez details.

In addition, during the pandemic, online experiences have become more sophisticated and have led companies to a new climate of new competition that adds to the usual aggressive pricing policies. This newspaper is recognized by Toby Otsuka, CEO of Rakuten Europe, a Japanese company that this week has launched in Spain its strategy of returning money to the customer for each purchase made on the platform. “Influencers, customer reviews, new products and start-ups are disrupting customer loyalty to a brand. Never before has it been so difficult to retain the consumer”. The American platform Shopify expresses itself in the same vein in its report The Future of Commerce. “The transparency, authenticity and availability of brands on social networks are key to gaining consumer trust: loyalty is the biggest challenge for the future of e-commerce”.