Due to "extremely dangerous conditions", all Yellowstone National Park entrances are temporarily closed. 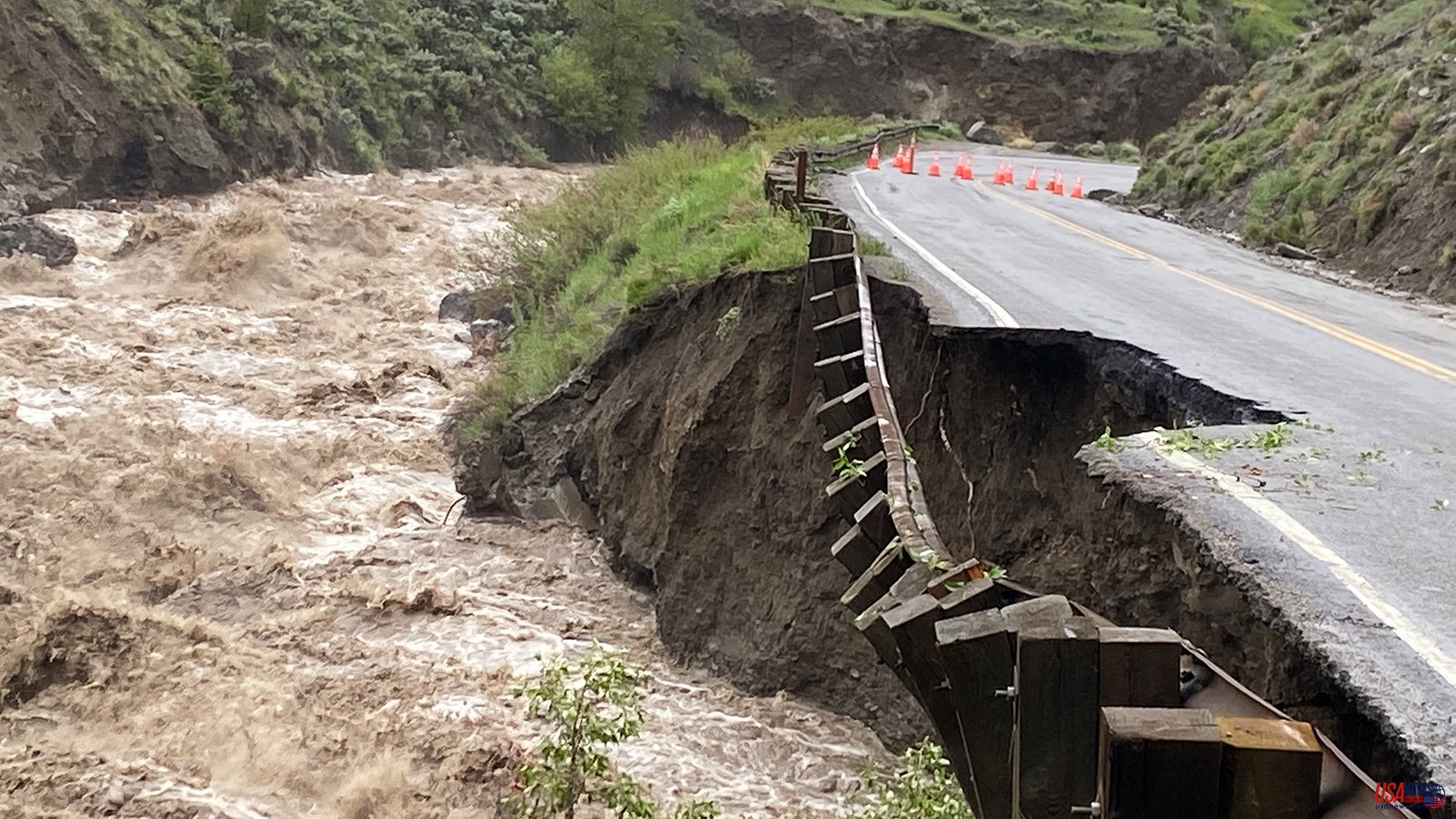 "Effectively immediately, all Yellowstone National Park entrances are temporarily CLOSED because of substantial flooding, rockslides, and mudslides along roadways due to recent unprecedented amounts rainfall and flooding," the park stated in a Facebook post.

The post stated that no inbound traffic is permitted "until conditions stabilize and park can assess damage roads and bridges." All entrances to the East, Northeast, West and South are closed.

According to the park's post on Facebook, power outages are occurring in multiple areas of the park.

The post stated that "with additional rainfall forecasted the park does not want large amounts of day-use tourists stranded within the park."

According to the National Park Service, flood levels in the Yellowstone River are at "beyond records levels".

Yellowstone travelers who plan to travel in the next weeks should be aware of road conditions.

On Monday, the park announced in a press release that roads in northern portions of the park would be closed temporarily for "an extended time" before extending the closure.

"Preliminary assessments have shown multiple sections of road in park were washed out between Gardiner, Cooke City, Montana and multiple bridges may have been affected," said the release, adding that people in that northern section are being evacuated.

On Monday, the National Weather Service (NWS), issued a flood alert for the park and warned hikers and campers to stay clear of streams and creeks. According to the NWS, flooding is likely along the Gardiner River due to rain and snowmelt.