The future of the Italian Government will be decided next week in the chambers, when the Prime Minister, Mario Draghi, will have to give a speech explaining his version of the crisis triggered by the sit-in of the 5 Star Movement (M5E) in a motion of confidence. 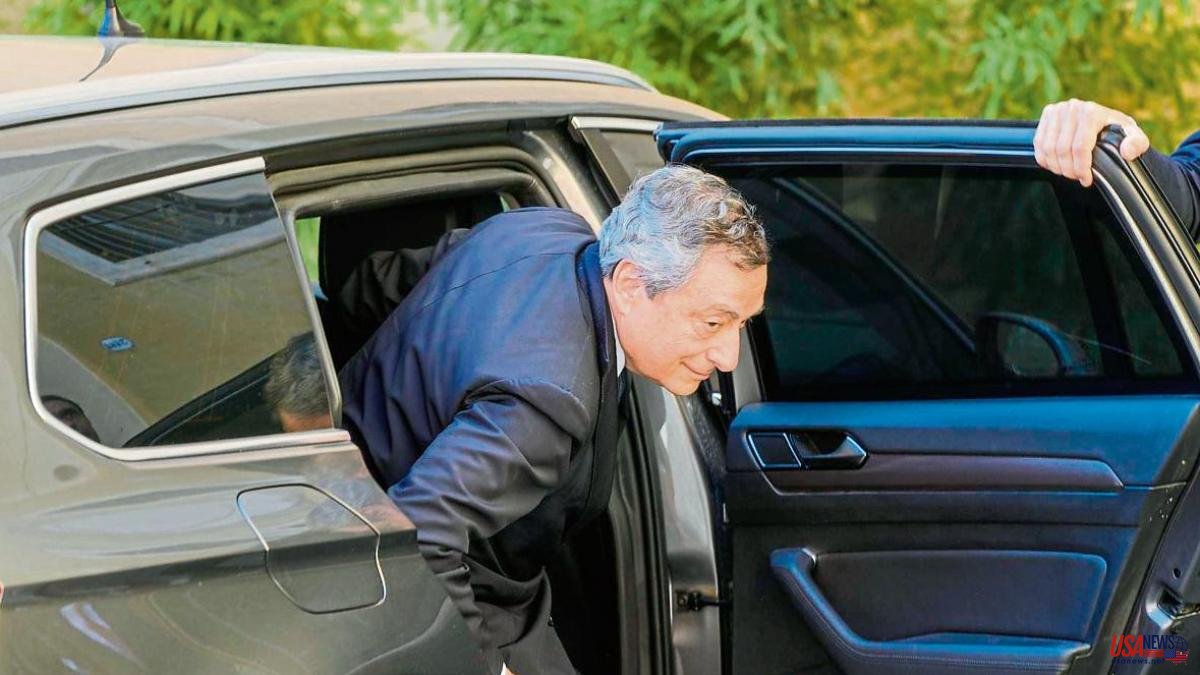 The future of the Italian Government will be decided next week in the chambers, when the Prime Minister, Mario Draghi, will have to give a speech explaining his version of the crisis triggered by the sit-in of the 5 Star Movement (M5E) in a motion of confidence. However, this Friday it was almost decided: the former president of the European Central Bank is convinced that he must resign since the pre-election climate that reigns in the Italian forces prevents him from fulfilling the program of his investiture.

As sources close to the still Italian Prime Minister have explained to La Vanguardia, "from Draghi's point of view, the decision was communicated on Thursday", when in a Council of Ministers the former banker announced his resignation, considering that the conditions to continue governing “no longer exist”.

Draghi already presented his resignation on Thursday before the President of the Republic, Sergio Mattarella, who rejected it and ordered him to return to Parliament – ​​surely on Wednesday or Tuesday afternoon – to take stock of the situation. The Prime Minister sees it well to postpone it for two reasons. First, considering that a trip to Algeria, scheduled for Monday – it has been reduced to one day due to the crisis – was too important to do without full powers. Italy is in desperate need of Algerian gas, fearing Russia will turn off the tap. That Draghi wanted to keep visiting Algiers is a sign of great deference to the North African country. The other reason is purely institutional: he sees fit that his decision be communicated to Parliament. Then he will present his resignation again to President Mattarella.

The only thing that could change the opinion of the premier is that the political climate changed radically in the coming days towards harmony between the parties that would allow the former banker to govern calmly until the end of the legislature to approve the budgets and continue on his path of structural reforms. provided in the recovery plan. A possibility that Draghi is "sceptical" about, says whoever has seen him. “He has always said that this government should be able to do the things planned. If you can't, it's useless to have it standing”, affirm these sources.

"Draghi's government and the coalition that supported him must continue, but right now I see it as very, very difficult," agreed the Foreign Minister, Luigi Di Maio, who did not hold his tongue when criticizing his former colleagues. of the M5E for having "served Draghi's head to Vladimir Putin on a silver platter".

The scenario of an electoral breakthrough in late September or early October is the most likely, according to financial analysts. Something that, they say in documents that they are sending to investors, could represent the least bad of the options, since the alternative is to vote in March – a few months later – and everything indicates that the result will be the same, a victory for the right-wing coalition formed by Brothers of Italy, the League and Forza Italia. They consider that a government in charge is preferable to a weak executive with its hands tied. The far-right Giorgia Meloni, a friend of Vox, would be the most benefited. She leads the polls and could be prime minister.

There are more possibilities on the table, although yesterday they did not seem to have many exits. One is that a second Draghi government is born without the M5E. This would delight Matteo Salvini and Silvio Berlusconi, but the premier has made it clear that he does not want to lend himself to it. Another is a new technical executive, perhaps led by one of Draghi's ministers such as Innovation and Digital Transition, Vittorio Colao, or Economy, Daniele Franco, with a minimum program that ends the legislature. However, it is difficult to imagine the different formations uniting with another figure than Draghi.

The economist lives these days with serenity, aware of the seriousness of what happened but also that his choice is not the result of a fit, but follows a reasoning matured in recent months. He will remain in office until there is a new prime minister, and then he will not stand in the next election. Everything seems to indicate that Brussels will soon have to come to an understanding with another Italian premier.