Dora Maar and the lost notebook

Looking for an original gift for her husband, Brigitte Benkemoun, author of “In Search of Dora Maar” (Taurus), buys an old Hermès diary through eBay. 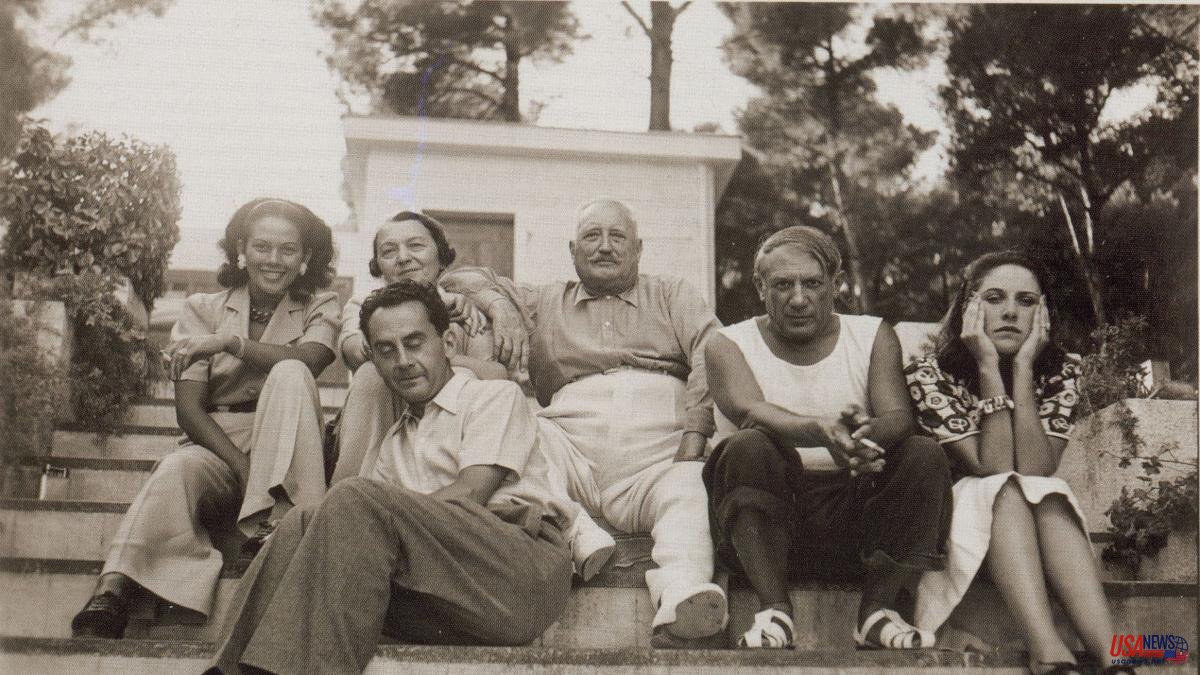 Looking for an original gift for her husband, Brigitte Benkemoun, author of “In Search of Dora Maar” (Taurus), buys an old Hermès diary through eBay. It looks like the one he had lost. "With the same smooth leather, but redder, softer, and with a shiny patina."

Upon receiving the new acquisition, he takes it to the dining room and unwraps the object. She still does not know what is hidden inside it: an address book from 1951. As the writer leafs through it, she discovers, fascinated, the famous names that appear on its twenty pages: on B, Breton, Braque and Balthus; in C, Cocteau; in the E, Eluard. The greatest post-war artists in alphabetical order.

From then on, the author looks for all the clues that can lead her to the owner of such a treasure. To whom did a notebook with such powerful names belong? After a deep investigation she puts it together and she discovers that the diary belonged to Dora Maar, the famous “Weeping Woman” by Picasso. She a great French artist in her own right (painter, photographer and sculptor) and mistreated by genius.

Brigitte Benkemoun, journalist and writer, author of "La Petite Fille sur la photo" and "Albert le Magnifique", embarks in this recently published book on an exciting journey that unravels the biographical traces of Dora Maar. A stunning portrait of the artist and her world, from party scenes and iconic cafes to striking snippets of her poetry.

Twenty pages that simulate an intimate phone book of surrealism and modern art.

“First I find, then I search”, Picasso maintained. Just the same thing Brigitte Benkemoun did with her miracle agenda. She "she arrived in the mail, well packed in bubble wrap." He kept track of the auction houses. And he found Dora Maar's notebook. We reproduce some of her reflections.

“The agenda begins to resemble a social directory of the post-war elite, a handpicked guest list for a party, an index of names cited in the biography of a celebrated artist. It reminds me of a group photograph in which, thanks to the developing effect, the characters emerge one by one in the red shadows of the laboratory”.

"I have been able to consult other address books in Dora Maar's files, well kept in a black plastic box, with her passport, her driving license, her letters and electoral card. I have patiently compared her relationships, I have seen how some friends disappeared and others reappeared, but I had to leaf through the directory several times to discover the name of Picasso (...)"

"The line was almost erased, but it said Pablo Picasso, his phone number in Cannes (90182) and "Vauvenargues, 4". However, Dora must never have dialed either of the two phone numbers I saw. I wouldn't want that monster to pick it up of Jacqueline Roque".

“But how could he go from Guernica to Mein Kampf, from the love of Picasso, the friendship with Éluard, the petitions against fascism to that despicable heap of hate? (...) When Dora's biographers dwell on this 'detail' of her story, they sometimes allude to a renewed affinity with a Croatian father, curmudgeonly and suspected of sympathizing with Nazism. Others imagine her as the fanatic who determinedly began to hate the people or they fantasize that she bought Mein Kampf out of mere intellectual curiosity, in the same way that she also got hold of the Little Red Book."

“Jacqueline could not ignore that Dora did not like her complicity with Picasso. She sometimes made an effort, but deep down she was not too indulgent in the face of that suffering that she considered irrelevant... Very serious things were happening: France was at war, her husband was mobilized for her, the Germans coming to Paris. And Dora was withdrawing more into herself every day.

“Brassaï and Dora met again two or three years later, in group exhibitions. He had begun to make a name for himself and she, already a celebrity in the world of fashion and advertising, was looking for a more personal and less commercial path. At the age of 27, she would go alone to do reports on poor neighborhoods in Spain or England, in tune with her political commitment and her empathy towards marginalized people”.

"Paul Éluard was always discreet. Because of the affection he felt for Doro, the poet did not tell anything about what had happened in the rue de Savoie on May 15, 1945. Dora screamed deliriously and ordered him and Picasso to implore on their knees God's forgiveness. The painter was stunned. The disease terrified him, madness even more. However, Éluard's soft voice must have calmed her down a bit. Ten years had passed and he knew everything about her relationship with Picasso"

"Claude Simon's biographer found among his files the description he had made of Dora Maar: 'a beautiful and serious face, always dressed in simple and very expensive Balenciaga outfits'"