It will be up to the Dallas Mavericks if they want to win the Western Conference final. 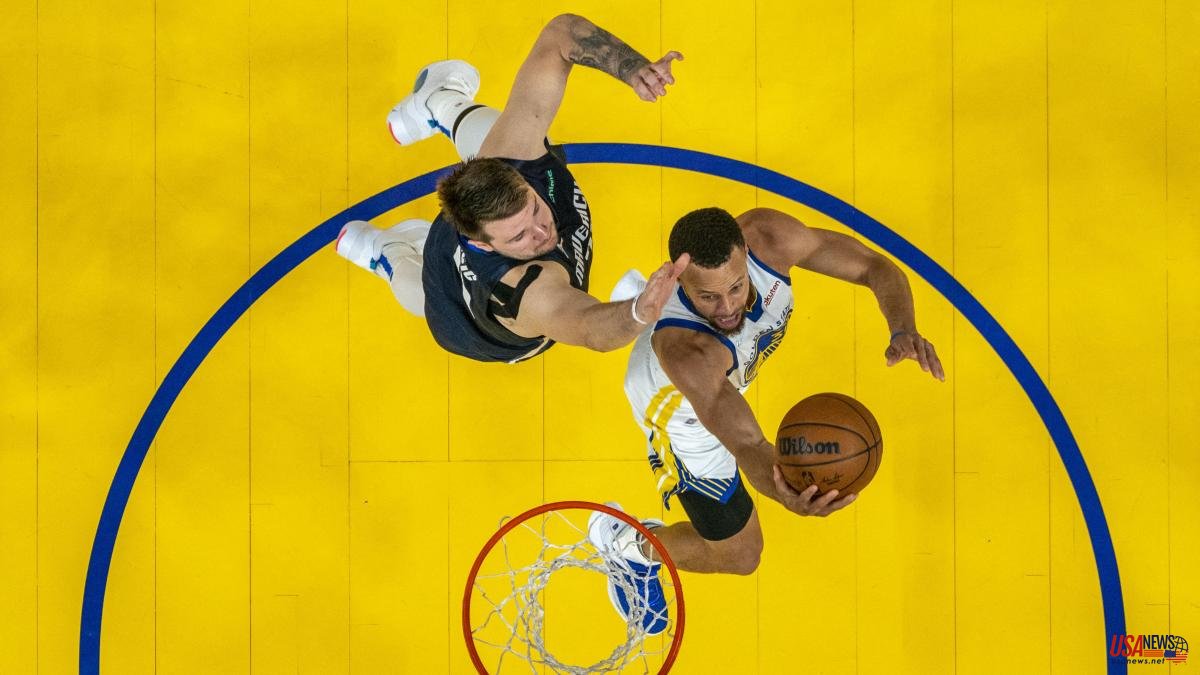 It will be up to the Dallas Mavericks if they want to win the Western Conference final. The franchise led by Luka Doncic missed a golden opportunity in San Francisco to level the final against the Golden State Warriors, who modeled a great comeback in the second half after trailing by 19 points in the second quarter (126-117).

The 73 points between an excellent Luka Doncic and Jalen Bronson were not enough for a Mavericks that are touched after this defeat and that take the final of the West to Dallas with a 2-0 against. The Slovenian, who had a bad night without sleep and vomiting after the first game, came away with 43 points (12 of 23 shooting, 5 of 10 triples, 13 of 15 free throws), 5 rebounds, 8 assists and 3 steals.

Undefeated at home in these playoffs (8-0), the Warriors dominated the rebound (43 to 30), crushed Dallas in points in the paint (62 to 30) and had a sensational Stephen Curry as their reference point (32 to 30). points, 8 rebounds and 5 assists). Kevon Looney (21 points and 12 rebounds) and Jordan Poole (23 points and 5 assists) were also instrumental in the comeback.

There were doubts about Doncic's physical condition, but he cleared them in a seen and not seen. The Slovenian added 18 points (only two fewer than in the entire first game) in a superb opening quarter in which he alternated three-pointers, post plays and punchy penetrations against Wiggins or Thompson.

With a palpable improvement in defense compared to the first game and a greater effectiveness from the perimeter, the Mavericks won by 16 points in the middle of the first quarter. However, a 13-0 run, with Curry leading (11 points), allowed the Warriors to withstand the visitors' push despite committing six turnovers (25-32).

The Mavericks hadn't invented the wheel, resorting to drives and passes for the free 3-pointer, but that plan was working out great for them. Thus, Brunson took over in Doncic's rest minutes and secondary players like Bertans, Finney-Smith or Bullock showed off their expertise in triples to open an important gap (34-53 with 7.08 for the break).

Facing some very plugged-in Mavericks, the Warriors had lost the north and Green was playing with fire by constantly protesting after having already received a technique. However, Curry put his team back together and the Warriors came into the break with a 58-72 lead that gave them some hope.

With an aroma similar to the shooting recital of their already unforgettable seventh game against the Phoenix Suns, the bombardment of the triples in the Mavericks (an impressive 15 of 27) was the great protagonist of a first half in which Doncic, who scored a triple almost from the logo before going to the locker room, he finished with 24 points compared to the 20 that both Brunson and Curry added.

The fireworks from the first half suddenly went off at the restart. The Mavericks lost all trace of success at the rim and crashed in a dismal third quarter in which they only scored 5 of 19 shots for a meager 13 points in total.

The Warriors, who saw Green add his fifth foul, jumped at the chance. Without great splendor (10 of 22 in shots) but with a reinforced defense, Steve Kerr's team cut the difference with their teeth with an unexpected guest, Looney, who with sweat and inspiration in the zone contributed 11 points in that third set.

The comeback was already brewing and the only good news for those extremely stuck Dallas was that they kept a minimal margin before the last quarter (83-85). That slight joy lasted little as a triple by Porter Jr. gave the Warriors their first lead of the night as soon as the final quarter began.

With the fans totally dedicated to his team, Poole joined the euphoria of some unleashed Warriors who bordered the 10th without even having Curry and Green on the track. Doncic and Brunson did the rest to cover the many holes in a boat that was trying to stay afloat but Curry, with a triple and a two plus one, sentenced the sinking of Dallas.