The Slovenian Luka Doncic starred this Tuesday in one of the best performances in NBA history. 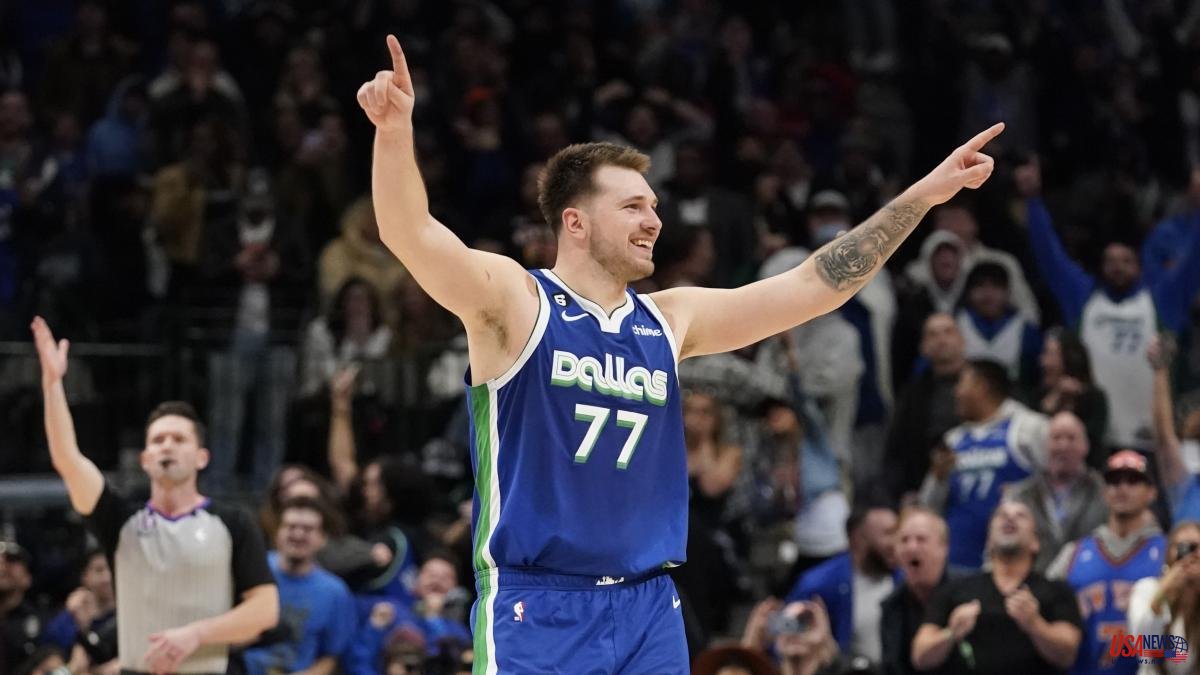 The Slovenian Luka Doncic starred this Tuesday in one of the best performances in NBA history. His triple double of 60 points, 21 rebounds and ten assists had never been recorded in the American league and allowed the Dallas Mavericks to achieve an epic comeback against the New York Knicks.

It is the latest miracle of 'Luka Magic', as Doncic is nicknamed in the United States, who led Mavericks who trailed 112-103 with 33.9 seconds left in the fourth period of the duel at the American Airlines Center in Dallas. "He never gives up," acknowledged Texans coach Jason Kidd at the postgame press conference.

Doncic scored 18 of his 60 points in the fourth quarter and led a resounding 12-3 run in thirty seconds that forced overtime. He completed his triple-double by giving Spencer Dinwiddie the assist for the 3-pointer that fueled the Mavs' hopes and sent the teams into overtime after purposely missing a free kick, grabbing the rebound and scoring an acrobatic basket.

His face of pure happiness and his uncontrolled jumping after that play explained the magnitude of what the Mavericks had done, who would finish the job in overtime, again led by the hand by their brightest star.

Doncic scored another seven points in overtime, in which both franchises couldn't score from the field, but only from the free throw line, for nearly three minutes.

The Slovenian finished with sixty points and snatched the record for points in a game with the Mavericks from the German Dirk Nowitzki. He also scored 60 points for the first time in his career and improved his own record for rebounds, grabbing 21.

He did it with Nowitzki himself in the stands, who attended, eating popcorn, a night that rewrote the history of the Mavs. "We all continue in 'choc'. (Doncic) always does special things. The history of this game is written by the players and Luka has done something that has never been done before. He has taught a lesson," Kidd said at a press conference . "He never gives up and neither does his teammates, seeing their leader have that attitude," added the coach.

Kidd also underlined the competitive soul of the Slovenian, who scored at least fifty points for the third time in his career, after the 51 endorsed last February against the Clippers and the fifty scored on December 23 against the Houston Rockets.

On the last day of Christmas, the Mavericks inaugurated the statue dedicated to Nowitzki, their legendary leader, NBA champion in 2011. In Dallas, after tonight, requests are already increasing to prepare another dedication to 'Luka Magic'.