Don't cry for Serrat, laugh with him

There is one thing that is universal and that is none other than applause for Joan Manuel Serrat, be it in New York, in a historic theater like the Beacon, or in the Palau Sant Jordi, a mirror of the modernization of Olympic and global Barcelona. 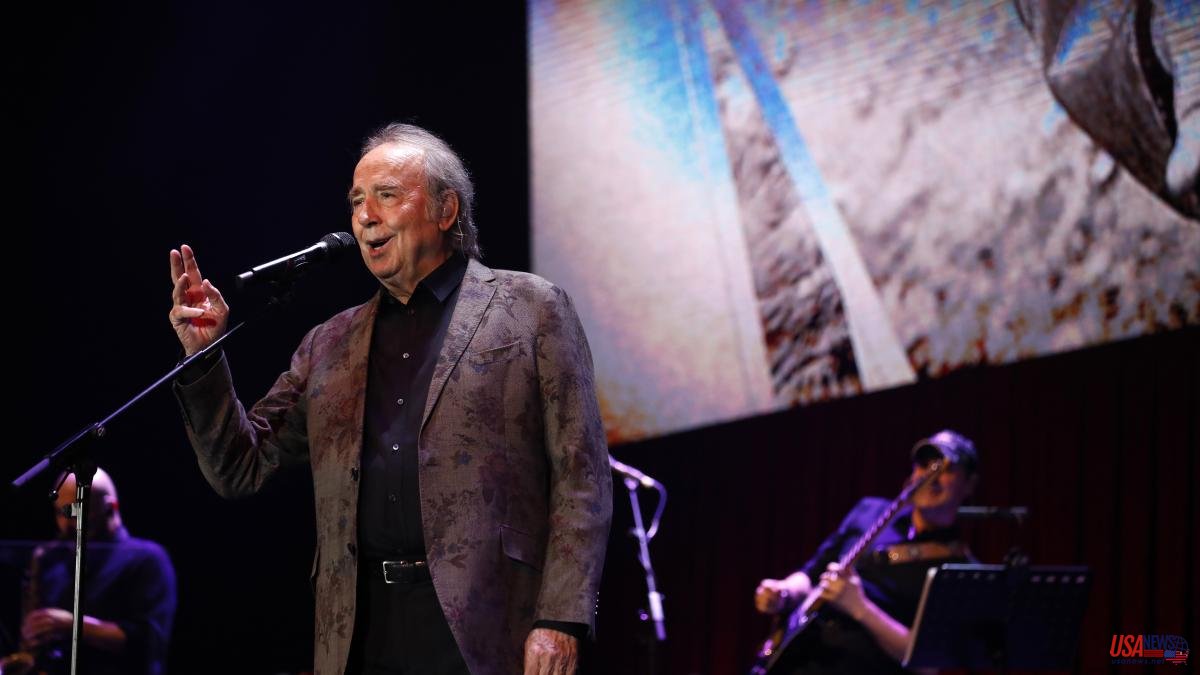 There is one thing that is universal and that is none other than applause for Joan Manuel Serrat, be it in New York, in a historic theater like the Beacon, or in the Palau Sant Jordi, a mirror of the modernization of Olympic and global Barcelona.

In this matter, the order of the factors does matter. Serrat has not had a crowd bath. The crowds have taken a Serrat bath to make this moment their own and not forget the night of the last concert, here or there.

This chronicler, cultivator of myths, will be able to say that he was at the beginning of the end, on that day in Manhattan, on April 27, and that he also attended the end of the end on December 23, 2022. Between one point and the other of this atlas, Serrat made the connection with music, words and characters that are no longer his. They belong to everyone.

Apart from changes in the repertoire, from Dale que dale initial in the Big Apple to Temps era temps in his native Barcelona, ​​a much more local chronicle, Noi del Poble Sec tried to dominate the scene, despite the emotions of the farewell .

"Provoking tears goes against me, I have never done it, even less I would do it now," he said in New York on that day of the Verge of Montserrat, in which he took the opportunity to explain the curiosity that the patron saint of Catalonia is a black virgin. Serrat spoke from the platform of "a militant Latin feeling" to define the public there summoned, faithful by devotion in his sung verb.

"This is my last concert in New York, but it's not the last, it's only the beginning of the tour," he joked then to avoid the weight of nostalgia.

"The day I started this tour seems far away, but pim pam", the date arrived when he declared his "dismissal of his own free will". But he insisted on not falling into nostalgia: "I want to say goodbye with joy."